“If they leave us” is Univision’s new dramatic bet.

Melodrama “If they let us” hits the screens of Univision with its grand premiere scheduled for today, Tuesday, June 1, at 9:00 PM ET.

Mayrín Villanueva, Marcus Ornellas and Alexis Ayala star in the new Univision production that is an inspiring story based on family nuclei and second chances with the purpose of finding true happiness.

“Si nos deja” focuses on the life of Alicia (Villanueva), a woman who ends her marriage with Sergio (Ayala) after a painful infidelity. After her divorce, Alicia begins a new life where she will come face to face with prejudice by falling in love with a man much younger than her.

Produced by Carlos Bardasano and written by Leonardo Padrón, the drama is an adaptation of the Colombian television series “Señora Isabel” by Bernardo Romero Pereiro and Mónica Agudelo. 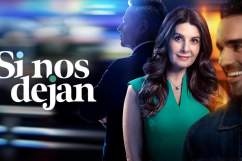 Get to know the actors and characters of Univision’s “Si nos nos deja”: 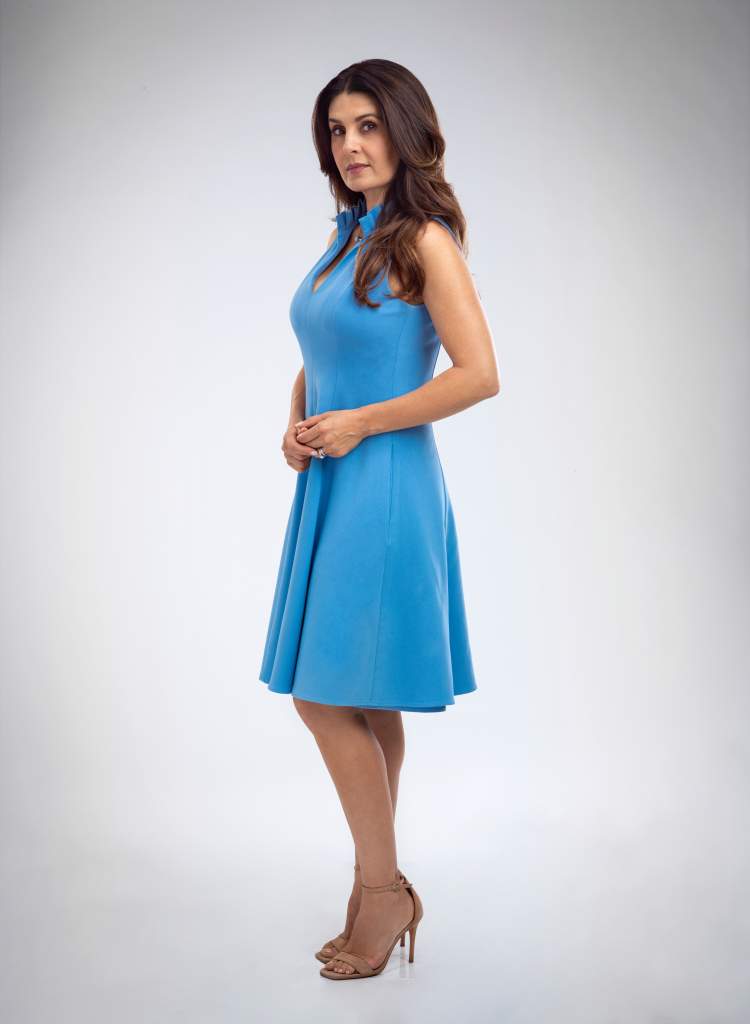 Alicia has the perfect family. She has been married to Sergio Carranza for twenty-five years. They have three children and are the emblem of the model family. They often grace magazine covers and press reports. They are an icon of success in Mexico. Alicia, for her part, is a woman who has devoted herself completely to the home, her husband and her three children.

She is more vital than she supposes. Her spirits have been anesthetized thanks to the rigidity of her husband. But the divorce and the discovery of that new chapter for love that is Martín Guerra will make her rediscover her own inner light. Alicia will regain her vivacity, eagerness for adventure and a sense of humor. 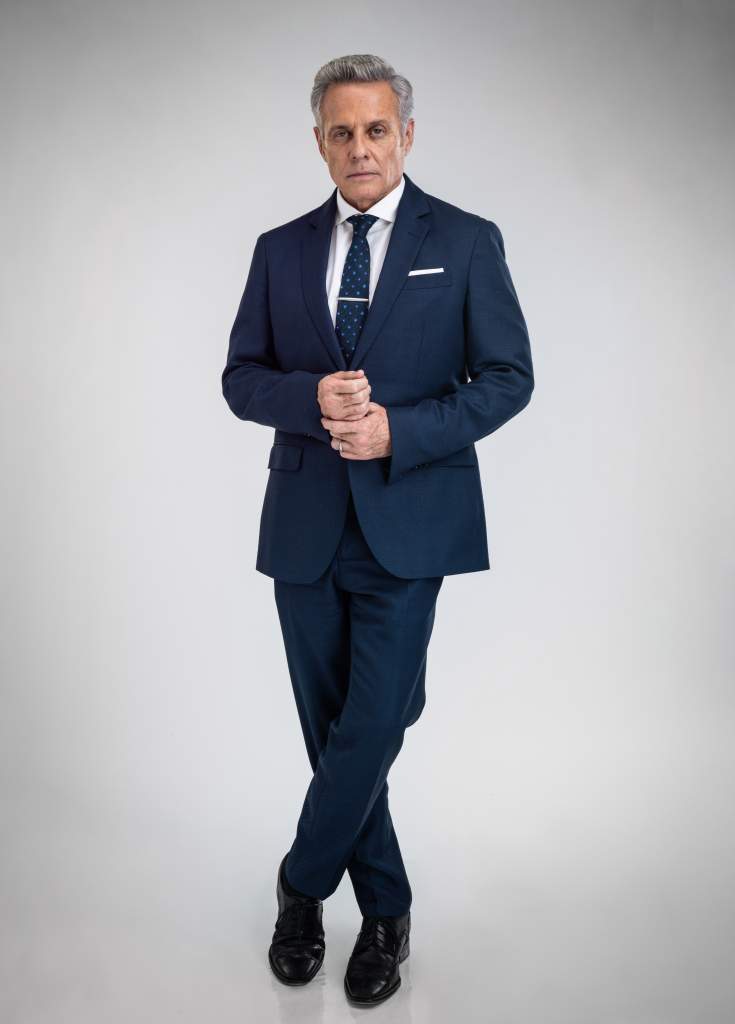 Sergio is the star journalist of Mexican television. Some call him a “living legend of journalism.” It is quite an institution in its guild. He has a nightly television program where he interviews public figures. It has become the editorial voice of the country.

He is a man of character, used to doing what he orders. He has an inordinate ego. And the vanity of a television star. It is elegant, presumptuous and cultured. It conveys a lot of security, but is terrified that one day it will no longer be needed on television. That is why it hides the slightest wrinkle. He has always liked beautiful women, and more than once he has taken advantage of his fame to take a production assistant to bed. He is flattering before the mightiest and arrogant before the humble. 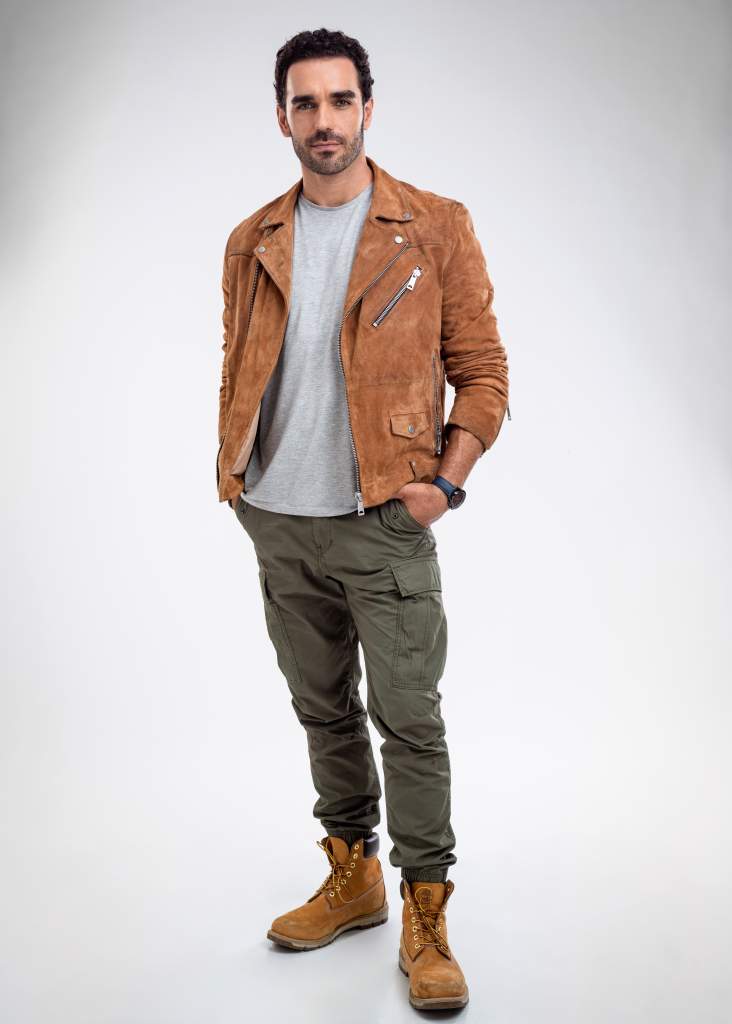 Martín is a young and courageous journalist who is part of the new generation of Mexican journalism. He is part of the team of journalists that does reports for Sergio Carranza’s program. He is divorced. Four years ago he separated from Carlota, with whom he has a daughter, Sofía. He’s had some fleeting adventures, but nothing really serious.

Martín is passionate about journalism and is outraged by the injustices that intoxicate the country. One of his goals is to find out who was guilty of the murder of his brother, who also worked in the police like his father. 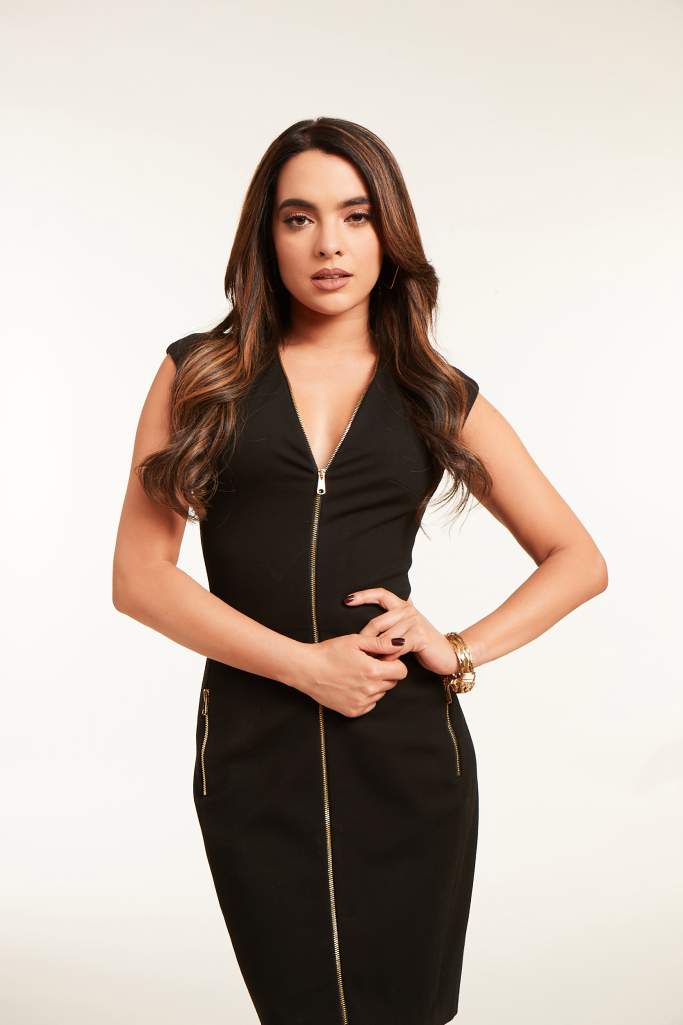 Julieta is a beautiful and talented journalist who has become the lover of the great Sergio Carranza for three years. They both have had their romance hidden for obvious reasons: He is married and they are both public figures.

She is one of those beautiful and successful women who have not had much luck in love. It seems to fulfill the premise that successful women drive men away. And that’s why she ended up falling into the networks of Sergio, who from the first day she started working with him decided to win her over. Julieta has had some love affairs, but unfortunately the one who has really marked her life has been Sergio, a forbidden man. Until she decides to change the situation explosively. 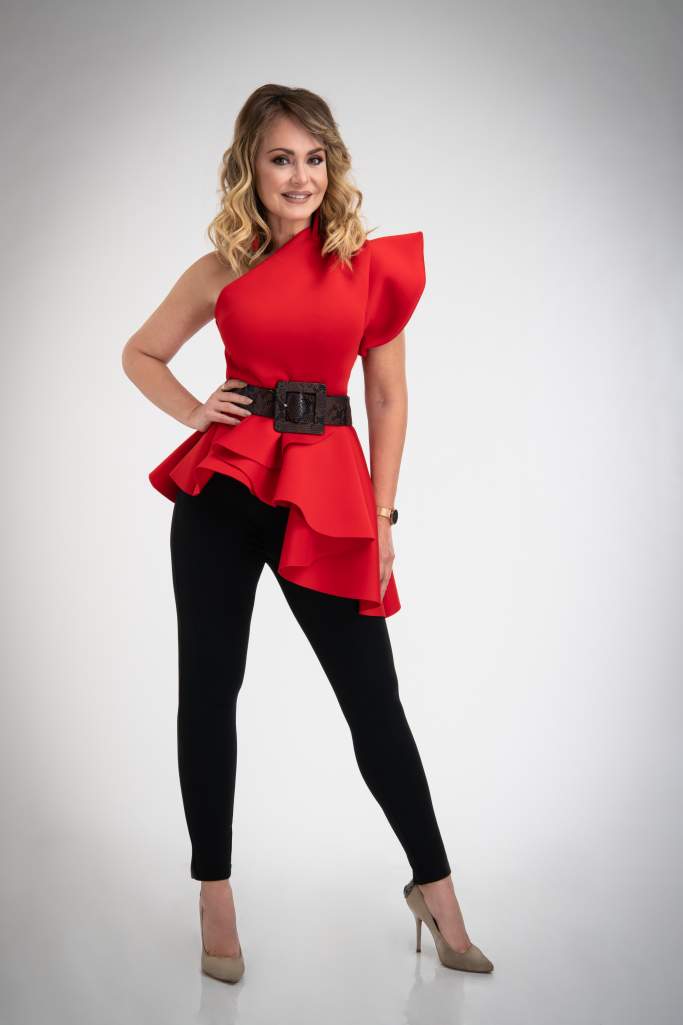 Fedora is a great socialite who works organizing social events for the Mexican upper class. He is hedonistic by nature. Freethinking and irreverent. Her great trauma is that she will soon reach 50 years of age, which is why she has become addicted to diets, pills that promise eternal youth, and therapies. Divorced, she has decided to no longer live as a couple and life fills her with occasional lovers, which ultimately throws her into a bottomless loneliness.

Her longest relationship has been with Alicia and Rebeca, who are one of those people that, if she knew now, she wouldn’t even look at them but they met at school and ended up being friends for life. Of the three, she was the smallest, the youngest and the most precocious. They spent their lives trying to teach her the rules of the game and she spent her life trying to teach them to shake off those rules. 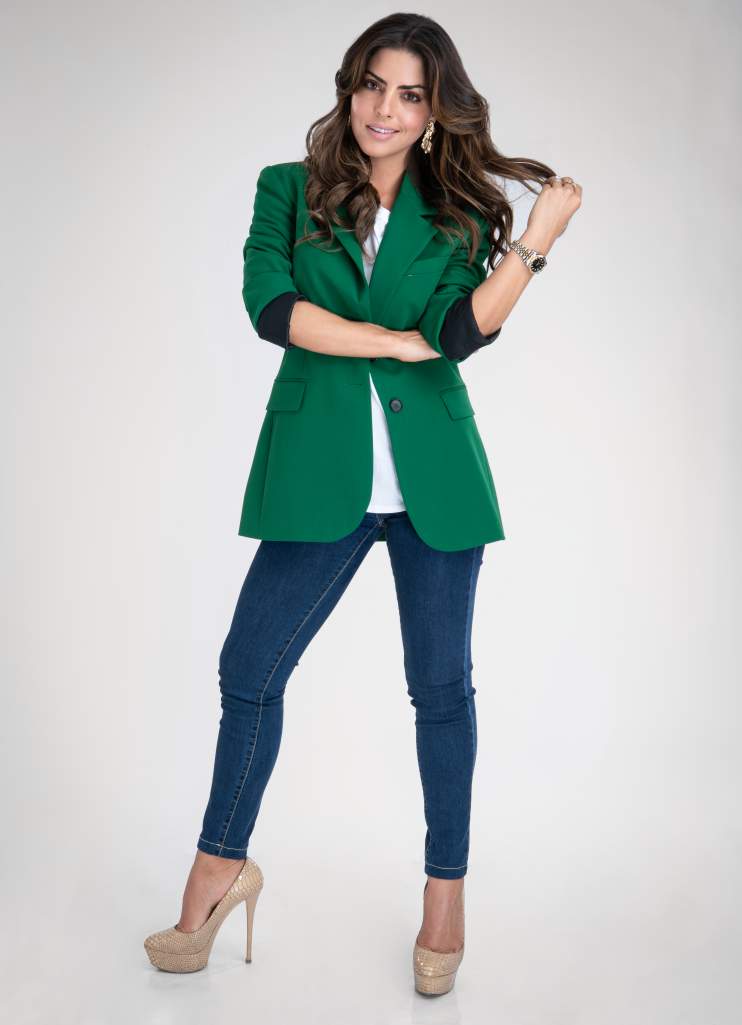 Yuri Carranza is a very young lawyer who wants to shine in her profession. Something difficult in such a masculine environment. With just three years of graduation, it has been difficult for her to find her own place in the world of litigation. Perhaps her biggest mistake is having agreed to work at the law firm of her boyfriend Moisés, who is a controller by definition and has given him very little opportunity to show off his talents. She is a passionate advocate for justice. Since college, she has been a fan of her father.

Yuri doesn’t like wasting time socializing with her friends. But she doesn’t realize that this has made her increasingly boring and lonely. His life has few pleasures. But the world will be transformed when she falls in love with a man diametrically opposed to her. 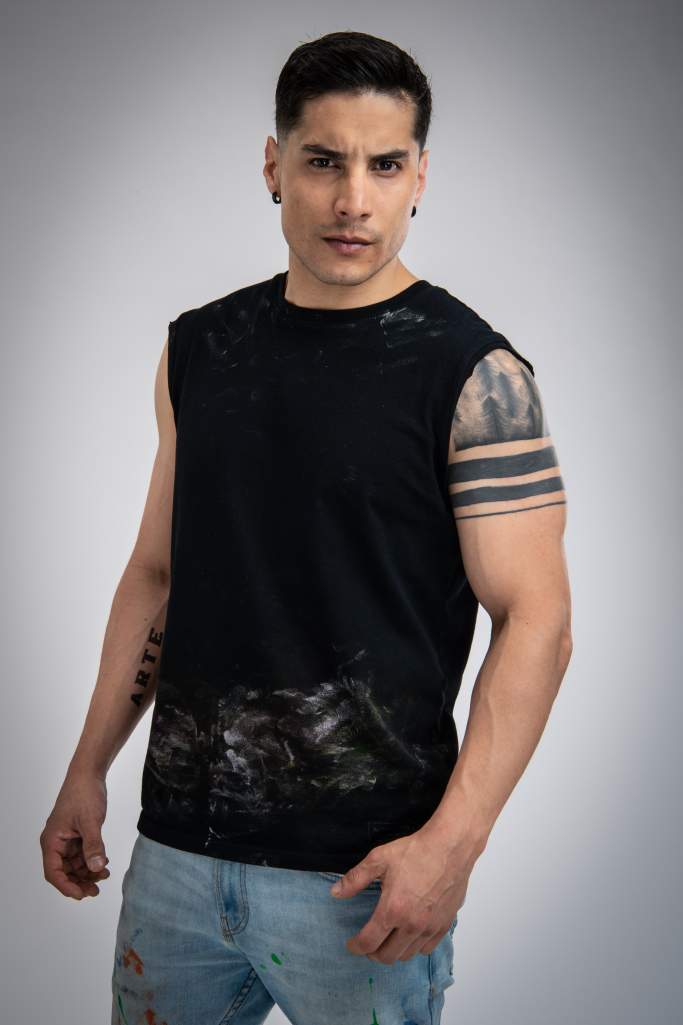 “El Cholo” is a young peddler who is unjustly accused of the murder of Simón Guerra, Martín’s brother. It is a crime he did not commit. The possibility of being sentenced with the maximum penalty hangs over him. Yuri Carranza will be your lawyer. She will become obsessed with his case when she discovers that he is indeed innocent and will do everything possible to get him out of jail.

Yuri and “El Cholo” will have long meetings in jail, where she will gradually fall in love with him.

This is how Anette Michel said goodbye to the Hoy program 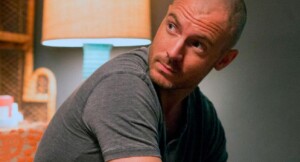 “Grey’s Anatomy”: Cormac Hayes and Meredith will stay together at the end of the series? 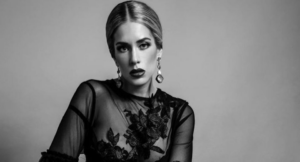 The Lord of the Skies: before the return of Rafael Amaya, this was said by Carmen Aub

This is how Anette Michel said goodbye to the Hoy program 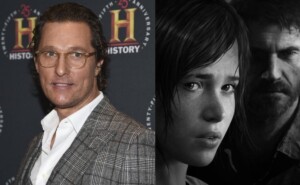 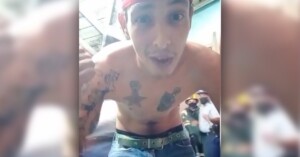 The shocking moment in which the Cuban regime forces arrest another opposition artist, the rapper known as “El Invasor”