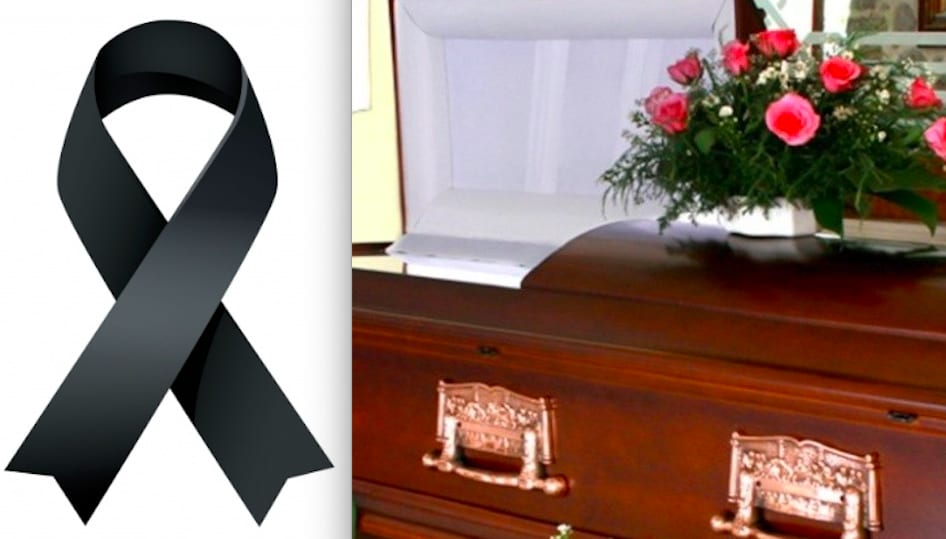 After working for more than 10 years at Radio Mambí 710 AM and having a schedule from 9 to 11 am with her radio program, the Cuban host Lourdes D’Kendall died this Monday, October 18 from pancreatic cancer that she suffered from and since last June he would have left his work to take care of his Health.

According to reports from the portal ‘The Miami Herald‘It was her radio colleagues who expressed their grief at the death of their longtime companion: “Her listeners loved her very much because she was a conservative who fully defended her principles,” wrote Ninoska Pérez Castellón, a contributor to Radio Mambí.

Lourdes D’ Kendall, one of the most influential personalities on local radio, passed away after fighting for a long time against a disease, is what could be read on the Twitter account of ‘Univision 23 Miami’ while a voiceover gave the news of the death of the presenter and remembered its beginnings.

“The family of Univisión 23 and Radio Mambí is on grief, Today with the great sadness that overwhelms us all, we have to announce the death of our colleague Lourdes D’Kendall who battled for a long time with a terrible disease, an iconic figure on Radio Mambí la Grande, born in Havana, tireless defender of our democracy, of the truth, of the family values ​​of their conservative positions and just causes … ”, is narrated in the video.

And in the video with images of the Univision host, you can hear them say: “She started on the radio as a listener and constantly gave her opinion on current issues and ended up becoming one of the most influential personalities on local radio and Cuban exile … ”, Says one of his Radio colleagues.

Another colleague of Lourdes D’Kendall was surprised at her death: “We knew she was sick but we didn’t know that we would lose her so soon, an excellent person, an excellent professional and I loved to greet her here on the radio every morning and you should We are going to miss a lot, may he rest in peace ”, were the words of a member of the place where he worked.

The presenter Rodrigo Durán spoke of the trajectory of Lourdes D’Kendall: “She brought the first thing that happened in the Government, what happened at the federal level and she brought it in Spanish for our audience, that was our Lourdes D’Kendall”, specified and sent condolences to her husband, her four children and her grandchildren.

Lourdes Bertot was the real name of the presenter who began her career as a listener to programs like ‘La Poderosa’ and given her fanaticism, she managed to be called by Emilio Milián from Radio Miami to host a program on that radio station during the 90s.

Lourdes D’Kendalla leaves a legacy on the radio

The announcer Armando Pérez Roura, Director of Radio Mambí expressed his regret for the death of Lourdes D’Kendall: “He was a person who had great respect for his audience, he always prepared himself on the issues. He was very aware of what he had to offer those listeners and had tremendous ratings, “he said.

On the other hand, it was learned that several of his colleagues were sending him text messages to monitor his health, as he left his radio program in the summer but a month ago he stopped responding to the texts, so they all assumed that his health had deteriorated. deteriorated, although few knew that he suffered from pancreatic cancer. HERE YOU CAN SEE THE VIDEO DEDICATED TO LOURDES D’KENDALL

The death of Lourdes D’Kendall is joined by Eduardo Meza

Producer Eduardo Meza dies. The television channel Televisa is in mourning for the sensitive death of the television producer, Eduardo Meza, who collaborated in different productions of the company. The producer lost his life during the morning of this Wednesday, the news was notified in full show.

Producer Eduardo Meza stood out for his participation in different children’s soap operas that were a great success, in addition to being the great leap to fame for several actors who are now very popular. It is worth mentioning that on the morning of this October 13 they reported the unfortunate news in the “Hoy” program, according to Infobae.

They report on the death of producer Eduardo Meza

It was during the broadcast of the Hoy program that the Mexican driver and actor Raúl ‘El Negro’ Araiza released the news about Meza’s death. Immediately the atmosphere of the show changed from humor to seriousness, when the Mexican appeared to inform the viewers.

“This is a live program and it is very important for us to speak out when something happens. We want to express our condolences for the sensitive death of our dear friend, an enormous producer, Mr. Eduardo Meza, he left today ”, were the words of Araiza. Filed Under: Lourdes D’Kendall death.

With a totally different face from that of actor Raúl Araiza, he decided to stop the Hoy program for a few minutes to dedicate a few words to a person who stood out a lot on the television network. He recalled the projects in which they agreed and worked together.

“I had the opportunity to do 3 years” Papá a toda madre “… Different soap operas. We offer a big hug to the whole family and we want to say goodbye to him as he deserves, with applause, thank you for all your talent. Rest in peace, on behalf of all of Televisa, dear Eduardo, ”concluded Negro Araiza. Filed Under: Lourdes D’Kendall death.

Producer Eduardo Meza dies: He died at 60 years of age

After the unfortunate loss to the world of shows and Mexican novels, the Televisa forum gave a loud applause to the beloved producer Eduardo Meza. So far the causes of his death are unknown, it is only known that the Mexican lost his life at the age of 60.

Through social networks, several users spoke to dismiss this great of Televisa, the Twitter account of the television network expressed with this message: “Televisa regrets the sensitive death of producer Eduardo Meza Rodríguez. Among her productions are “Papá a toda madre” and “Doña Flor y sus 2 husidos”. Rest in peace”. Filed Under: Lourdes D’Kendall death.

His son Eduardo Meza Jr. in his social network profile shared an image with his father to say goodbye, in the image you can see both father and son enjoying a family day at sea, under the sun and above a luxurious boat, but in his message he revealed the causes of death.

In the post, the son of the deceased producer had revealed the possible causes for which his father lost his life: “Today I lost the person I have most admired. My dad, @eduardomezat He fought cancer hard these last few months, but today that battle is over. I feel devastated, ”he said on Twitter. Filed Under: Lourdes D’Kendall death.

Through social networks, different celebrities have been present to say goodbye to Meza, among them is the actor Jaime Camíl who published a photo on his Twitter profile to fire someone he considered a great friend. In the photo you can see them both on the beach.

“Always dear Lalo Meza: Say hello to my Dad up there and give him a role in one of your productions. You are going to be missed a lot brother. Thank you for your friendship and professionalism always. Love, strength and wisdom to all your beautiful family at this time “, put the actor. Filed Under: Lourdes D’Kendall death.