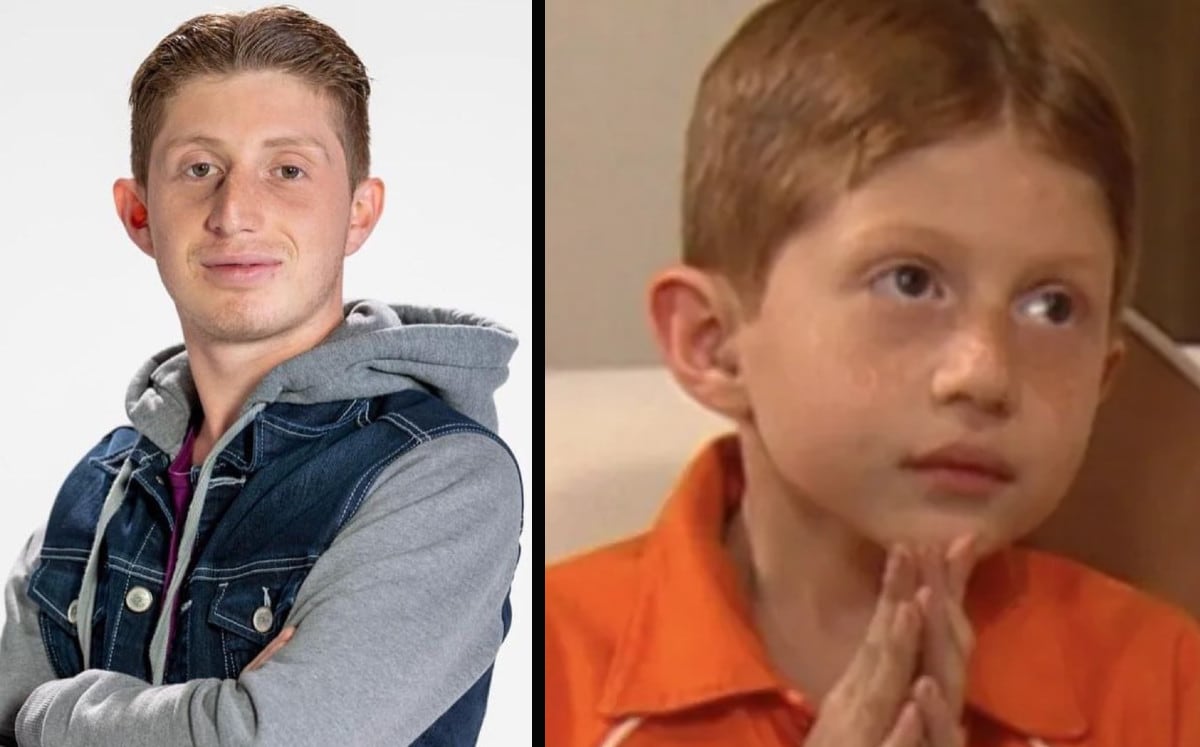 Octavio Ocaña, famous Televisa actor for his participation since he was a child in the series Neighbors, He died, as reported by the company he was working for, as well as several of his colleagues, including Lalo Spain. In view of the sad death, it is important to remember the trajectory of the young that for years gave laughter to millions of viewers who liked his participation on the small screen. Who was Octavio Ocaña? How were your beginnings? We tell you who was Octavio Ocaña and what were his beginnings on television.

The actor Octavio Ocana he turned in one of the most beloved child figures on Mexican television due to his participation in the Neighbors series. Its beginnings were given as an extra in the section of “chiquillos y chiquillas” with Chabelo.

However, stardom came when he played Benito Rivers in the Neighbors series. With just five years old, the actor started working at Televisa. The The first seasons of the television series lasted until the actor turned 11, between 2007 and 2008.

In addition, in 2007 he also participated alongside Eiza González in the youth telenovela Lola: Once upon a time como Otto by Ferdinand.

In the series, Octavio Ocaña worked hand in hand with celebrities such as Mayrín Villanueva, Eduardo España, César Bono, Pablo Valentín, among others. For a few years, the actor left public life until in 2012 he had a special participation in the film The fantastic world of Juan Orol.

Thus were the beginnings of Octavio Ocaña; Eugenio Derbez and Elías Solorio helped

Octavio Ocaña recognized that he and his character Benito, from the long-lived series Neighbors, they are oneself. He began his career when he was only 5 years old thanks to personalities such as Eugenio Derbez and producer Elías Solorio.

“I am already Benito, people on the street call me that and I think that rather I have had to adapt to not being called by my name, Octavio, because all my life they have told me Benito”, says the actor in an interview with Efe.

The first chapter of the series, which has 11 seasons, began with Five-year-old Octavio Ocaña dressed in Greek and standing in a chair, interpreting the dialogues of a play in his character as Benito.

“When I started working I didn’t even know how to say the ‘r’, all my colleagues taught me to act and now we are a family,” he said.

His opportunity came when he crossed paths with the producers of the series, Elías Solorio and actor Eugenio Derbez, who were in an adjoining set recording, in those years, the series The P. Luche family (2002).

“I met Eugenio and told him: You are the one who comes out like the Longe Moco, as a fan and I imitated him and he caught his attention. He told my dad to take me to the ‘casting’ (test), and I said that I wanted to earn money and act, he took me and I stayed, “he communicated.

It’s been a little over 16 years since then and it was only recently that he found out how he ended up being the kid of comedy after surviving two huge acting tests, one at the Azteca Stadium and another at the home of the comedian Derbez.

“César Bono and Solorio told me that for the last test they had already chosen me but I auditioned with two more children. A friend named Octavio had just died and he asked me to be with him because we were noses and he reminded him to his friend, “he told EFE with a broken voice.

A few months ago, Otavio Ocaña, Benito from the Televisa series Neighbors, had gotten engaged to his girlfriend. The young man who He played the role of the boy whose father was leading him to act, today he leaves the entertainment world in mourning. However, his next plans included getting married. This was announced in June, when he announced his engagement to his girlfriend Nerea Godínez. Benito de Vecinos revealed that he will soon be married.

It was through several posts on Instagram, where the actor had confirmed the news that he would soon get married. Octavio Ocaña’s fiancee shared what the ring she received from her lover was like. And it is that since last February, the relationship had become known.

To notify the news, Nerea Godínez shared an image with her engagement ring, as well as the way it looks on her hand.

Biography of Octavio Ocaña who made Benito in Neighbors