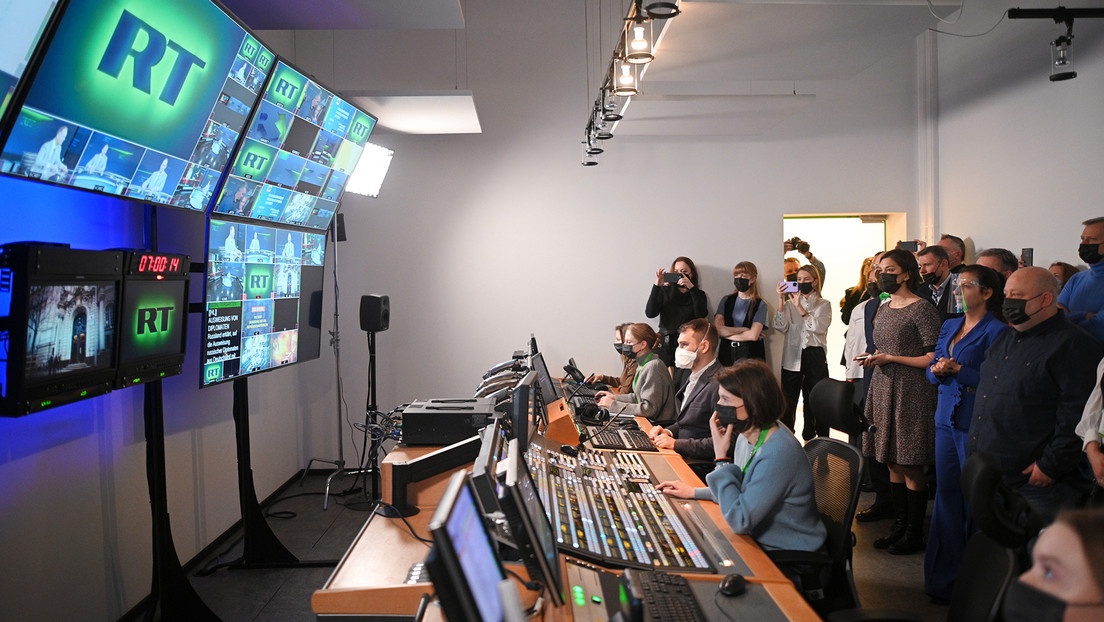 “Several times we have wanted to respond reciprocally. We do not want to follow the path of retaliation towards the press, but any patience has its limits,” said Russian Foreign Minister Sergei Lavrov.

Six days after begin to the 24-hour broadcast of the German RT channel, RT DE, the European telecommunications satellite Eutelsat 9B has canceled its signal on the platform in compliance with the order of the German media regulator, Medienanstalt Berlin-Brandenburg (MABB), advertisement this Wednesday the press service of RT.

“It is inappropriate for the German regulator MABB to go overboard and ignore the European Convention on Cross-Border Television, under which it is bound, thus forcing Eutelsat to withdraw RT DE from the operator solely due to the unfounded and contradictory statements of the German regulator,” reads the text.

They also consider that this measure is equivalent to a “illegal pressure”, stating that they trust the courts to remedy the situation. “We will seek all possible recourse against the German regulator, and our audience can continue to access our content through multiple online platforms,” ​​he says.

In this sense, the chain expresses its confidence that the courts will annul the Berlin decision and restore the channel’s signal for Eutelsat customers. In addition, it details that it is still available on SmartTV, in the RT News application and on the official website of RT DE.

The broadcasting of the RT channel in German also continues to work on the European telecommunications satellite Eutelsat 16A and on the following pay television operators and digital platforms: Rostelecom (Wink), NTV-PLUS, MTS TV, Akado and Megafon TV.

Following the news, Russian Foreign Minister Sergei Lavrov, crossed out of “arbitrariness” the cancellation of the signal of the channel of RT in German, and warned that Moscow will have to respond symmetrically if this situation continues.

Speaking to RT, the Russian Foreign Minister described as “flagrant” the measure undertaken against RT DE assuring that “the authorities [alemanas] they have done everything to create a negative image of the channel in society and in state structures. “

Noting that the Ministry closely monitors the work of Russian journalists abroad and records the acts of discrimination, Lavrov asserted that the German government has a responsibility to put an end to these acts.

“Several times we have wanted to respond reciprocally. We do not want to follow the path of retaliation towards the press, but any patience has its limits,” he declared.

Campaign against the canal

With a permanent 24-hour signal, the new channel began broadcasting from its Moscow studio on Thursday last week. Just hours after its launch, YouTube blocking his page arguing that he violated the conditions of use of the platform.

The start of the broadcasts of RT DE was hampered when both the authorities and some German media launched a campaign against the channel. In August 2021, Luxembourg refused to grant RT DE a license for broadcasts, a decision that the European country justified by referring to certain “information and data from the German authorities” that it did not specify.

Shortly after, in September, YouTube eliminated two channels the RT in German without the right to be reinstated, accusing them of “violating community rules.” This occurred when RT in German was in fourth place for influence among the German-speaking media, according to Tubular Labs.

“In no country in the world have they fought against us in the same way they have and continue to do in Germany”, declared in this context the director of the RT group, Margarita Simonián, adding that “the German audience turned out to be very grateful “.