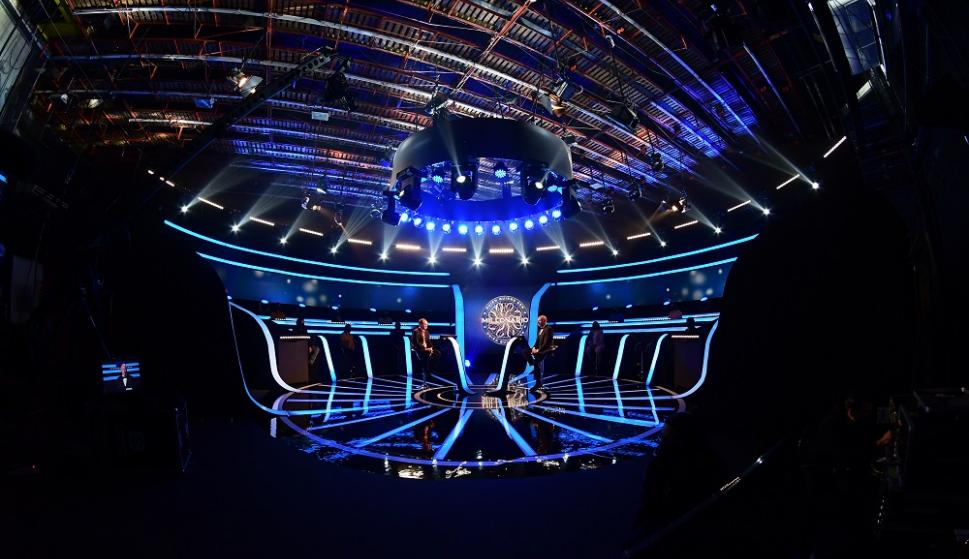 Fierce controversy, end or beginning of the cycle, the commitment to international formats and especially gastronomic competitions marked 2021 on local television. The saddest news of the year was the death of Alberto Sonsol, which occurred last March and which deserves a separate chapter.

But before and after, the day-to-day life of the television media was on the agenda. Here’s a look at the highlights of 2021.

Álvaro Navia and Gaspar Valverde, a bond that ended in the worst way.

At the end of January, Gaspar Valverde let Controversy at the bar. The departure was framed in a strong conflict with Alvaro Navia. “I felt that a friend let go of my hand,” Valverde declared in an interview with Sábado Show at the end of February. For her part, Navia declared that about the separation of her former partner “you have to ask on Channel 10.” Karina Vignola he has thrashed several times with harsh attacks on Navia. Currently, the parties are facing legal proceedings: Valverde claims him for damages and the comedian also filed a similar lawsuit, especially against Vignola who on some occasion referred to the situation as a “scam.” Lawyers for both parties have held instances of negotiation but still no agreement in sight.

Bake off Uruguay, was the cooking reality that Channel 4 opted for.

2021 was the first in which all private channels focused a large part of their bets on gastronomic realities. The successful adaptation of Masterchef On Channel 10 (with a first edition in 2017) it set a precedent and this season it repeated with the Celebrity version format. The winner turned out to be actress and model Paula Silva. But Teledoce also bet on a cooking competition with Holy fire, a Creole version of the Grill master format. Juan José Etchevarne won the victory. Channel 4 put itself in the trend with the premiere of Bake off Uruguay, last August. The pastry chef contest is still ongoing, with the final scheduled for this Wednesday.

The conductors Pablo Magno, Analaura Barreto and Eduardo “Colo” Gianarelli in the last program of “Agjando” on Channel 4.

At the end of April, Telenoche launched a scenographic and content renovation that implied, among other movements, the end of the meteorologist’s cycle Nubel Cisneros after 24 years on that screen. Those in charge of the news had proposed a change of role to the climate professional but in the negotiation there was no agreement and the exit was precipitated. With this disengagement, the era of meteorologists on private channels was ending. But winter would be short-lived. At the beginning of December, Cisneros was incorporated by Underlined, not to mention that he always remained serving on Channel 5. Another case of going on Channel 4 and returning on Channel 10 occurred with the program Waving, which lowered the curtain last July due to a restructuring in the content, but two of its drivers, Eduardo “Colo” Gianarelli Y Paul the Great they returned to TV with Give him what goes: Saturdays by Saeta.

Martín Kesman was separated from his channel after 19 years .. Photo: Leo Mainé.

In May, the landing of Showmatch to the Teledoce screen generated some programming movements. Teledoce and the production company Kubrick Media planned content and day and time changes to Something to say the program that historically went on Friday nights and would go on to Saturdays. Due to lack of agreement on these changes, a history of that screen was output: Cecilia Bonino after 10 years on the channel. He is currently engaged in a journalistic project on social networks. The program continues with the leadership of Pablo Fabregat and has returned to Fridays. In mid-July, Martín Kesman He surprised with the announcement of a news item: after 19 years, he did not renew the link with Telemundo. The exit took place after a proposal to reformulate the conditions. “When you have been in a place for 19 years, you either evolve or you leave. And I had to go. I could not go from eight hours to four and with 50% of the salary as they proposed to me, “said Kesman. Currently, the sports journalist continues with his work at Radio Universal, as the station’s second rapporteur.

The game of formats.

Lucía Rodríguez and Germán Medina, the pair that surprised at the head of “Trato Hecho: edition families”. Photo: Marcelo Bonjour

This year has been a confirmation of a global and increasingly local trend on TV: the adaptation of entertainment formats. Channel 4, the last in Uruguay to join this ship, put on screen The 8 steps (March) and later, Alphabet soup (September). On Channel 10, they launched Who wants to be a millionaire? (April) with the conduction of Orlando Petinatti and that in 2022 continues. In addition, he repeated the season with Got talent, Pass word Y Controversy at the bar, among other formats. In Teledoce, the entertainment bets were on the side of Deal done, which had changes in driving, The wheel of luck and the premiere of 100 Uruguayans say (November), a local version by Maxi de la Cruz.

Conrado Hughes left Controversy in the middle of a ditto.

In mid-September there was the last airing of Conrado Hughes in Controversy at the bar. After a few days of renegotiating the terms, the parties reached a surprising separation. What happened? Hughes complained of alleged personal allusions in the heat of discussions with Eduardo “Lalo” Fernández. The production proposed a Solomonic solution that involves a rotation between the panelists so that one was on Friday and the other on Sunday, in order to avoid crossovers. But the change also implied an economic renegotiation that did not come to fruition. “We did not agree. As gentlemen we shook hands and delighted, “said Hughes. Fernández declared later that his former partner never made a proposal of any kind to him. “I never went over the limit in an argument with him,” he said in an interview with Sábado Show.

Future to be defined.

Humberto De Vargas left Arriba Gente in the middle of a public war with his ex-partner.

Humberto De Vargas He is going through a year of personal turmoil. The separation with his wife for almost 25 years, Rosy Alhadeff it determined the bankruptcy of the family and a fierce judicial confrontation. In October, De Vargas agreed with Channel 10 a license for Arriba Gente, although he is still on Vivila again. In February, the parties will talk about an eventual return of the driver.

Balance 2021: Uruguayan TV spent the year between controversies and bets that worked