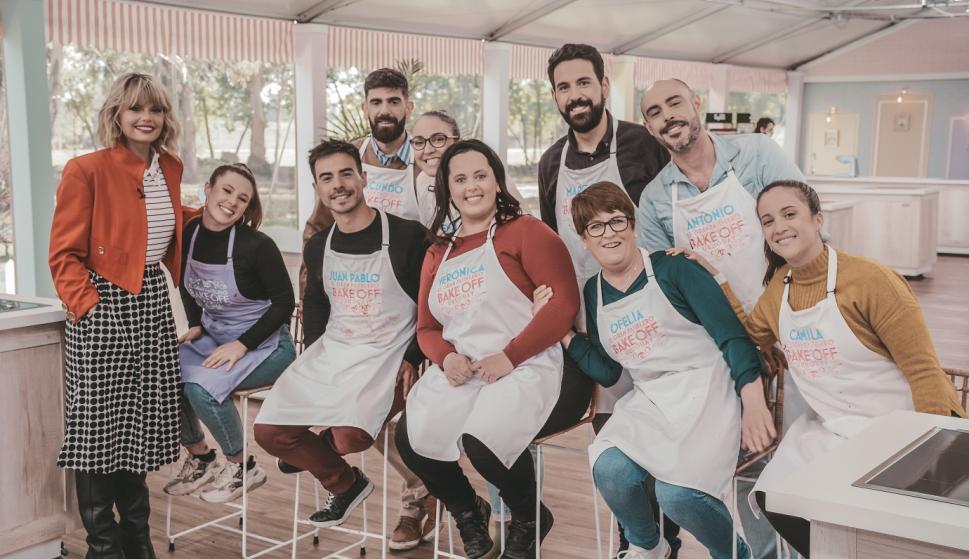 The chapter of this Wednesday of Bake off Uruguay ended with the coronation as star pastry chef of Veronica Osorio and the elimination of Marcos Metettieri, a doctor by profession and one of the most promising participants.

It all started in festive weather when the driver Annasofía Facello congratulated Antonio on his birthday. The participant said he was very happy to be there on that special date and everyone applauded him.

When it came to preparations, both the technical and creative challenges were especially challenging. Annasofia announced that the contestants should “get out of their comfort zone” to perform them.

The technical challenge consisted of replicating a flourless chocolate cake, with a red fruit jam and white chocolate curlers, a preparation suitable for coeliacs, with alternative ingredients.

While some participants had experience with this type of preparation, most faced a hitherto unknown challenge. During the preparation, Camila suffered a mishap with the white chocolate rollers: “They didn’t come out and I looked at Verónica and Marcos’s white chocolate rollers and they were perfect. I was doing something wrong, ”he said. However, Verónica came to help her and, thanks to some tips, she was able to do them successfully.

In this challenge, Verónica achieved first place with a very good performance and was applauded by her teammates.

🤩 He showed off with both preparations

The results were very varied and the drip cakes had very different versions of each other. The height of the cakes, the colors and the decoration were the stars of this challenge. In the returns, there were very good results and some criticism. The participants, meanwhile, told their creative processes, in a challenge that became one of the most difficult in reality.

At the end of a program, it was time for distances. They named Veronica the star pastry chef of the week, who had excelled in both challenges.

Then it was time to meet a new eliminated in reality. After a “slap on the wrist” for Facundo and Juan Pablo, this Wednesday it was Marcos’ turn to abandon the “sweetest battle”.

🙌 It was a pleasure to have you in #BakeOffUY

We will meet again next week on the screen of @Canal4_UY! pic.twitter.com/9wQlK87VoT

The eliminated participant was excited and grateful for the opportunity and for his great performance during the competition.
Earlier, through Instagram stories, he responded harshly to questions from Gustavo Fernández Insúa. The panelist of Something with you had considered that certain complaints from Marcos in the last program formed a “tantrum.”

“Insúa, I invite you to participate in Bake off, to be in front of the jury, to give you a good return and then you will be in last place. How will you be, if it seems like a tantrum?”, Marcos said to the camera.

The reality is approaching its final stages. 8 participants remain.