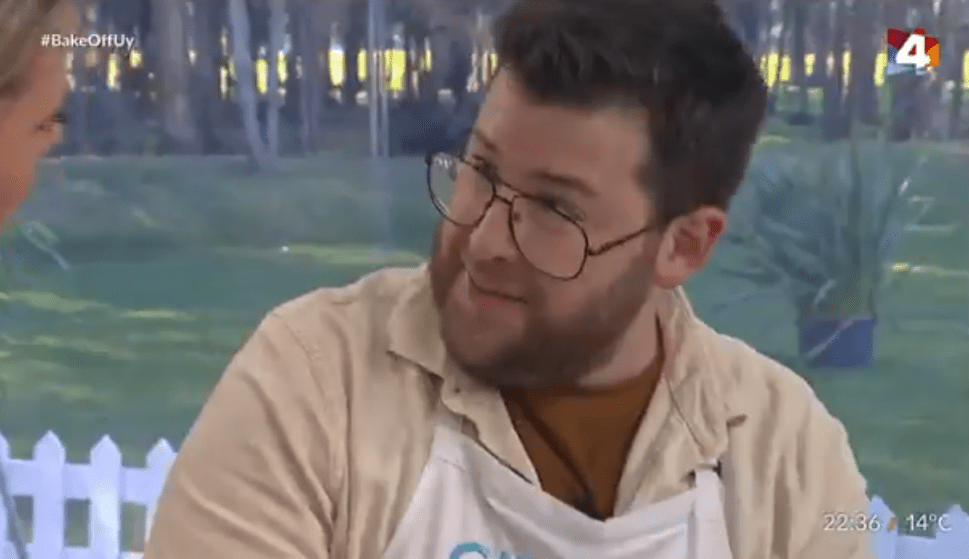 The 12 participants who are still in competition in Bake Off Uruguay they met for the first time at the same time in the tent to face the following two challenges that would eliminate another amateur pastry chef.

“It’s going to be a bit chaotic,” the contestants anticipated about the coexistence of all the participants together in the kitchens of the program. And they were not wrong: the third installment of Bake Off Uruguay It included finger cuts, confrontations between participants, tears and even a near fainting spell.

For the technical test, the driver Annasofía Facello he anticipated that they should make “a dessert that emerged in England in the 18th century but with a very Uruguayan touch.” It consisted of three dulce de leche muffins and indicated that they would only have 50 minutes to make them, which caused the annoyance of several contestants.

The member of the jury Steffi Rauhut She was in charge of breaking the muffin that was as an example and that the participants should replicate. “It has to have a dulce de leche heart, both the dough and the filling. The cream has to be smooth on the palate but with enough consistency to stay in shape, “he warned.

Minutes after the start of the test, a painful accident occurred. Graciela, the nicknamed “grandmother of the group”, sliced ​​her finger trying to open a jar of vanilla. “I couldn’t even beat. It was hard for me and everything stuck to me ”, lamented the contestant who had to make her dessert with a bandaged finger.

Ultimately, Graciela’s muffins were chosen by the jury as the worst in the competition. “The cooking is bad and there is nothing in the center,” he struck her down. Jean Paul Bondoux. “They are a bit raw,” Rauhut added. Graciela, meanwhile, regretted the situation: “I was ashamed.”

On the other hand, the best muffins were those of Antonio, who the week before had established himself as the “star pastry chef” of the program. “I would put them in the window of my restaurant,” he praised him. Sofia Muñoz.

The great controversy of this issue took place with the election of the second place, which corresponded to the muffins of Micaela. It is that the amateur pastry chef used a syrup to cover the dough, which was not foreseen in the preparation that they had to take as an example. This situation aroused the ire of his companions. “We agreed that the recipe could not be modified,” he criticized. Veronica. Guillermo he went further and reproached him: “If it had occurred to me, I would have shared it with the group.”

Despite the annoyance of several participants, Rauhut ended the debate by clarifying that “the ingredients that Micaela used were within those that were available; there you can see the hand of the pastry chef to achieve a better result with what he has at hand ”.

🧁😋 Mica played it and added syrup to her muffins

When facing the creative challenge, the participants had to bet again on emotional memory since they had to make a cake that would refer to the childhood of each one. “Although the design is free, it has to have a sugar preparation at the end,” Muñoz specified.

The variety of preparations was very wide. Several participants were inclined towards the animal kingdom when representing a rabbit, a turtle, a panda bear and a honeycomb. There were others who preferred to be inspired by activities that took them back to their childhood, such as an ice cream parlor, playing Tetris or sewing.

However, the most striking choice was that of Guillermo, who chose to represent a cemetery with tombs and ghosts. “My childhood was not happy. Growing up in a small town being gay is stressful for a child. I was waiting for Halloween to come to dress up, ”he explained.

The development of the challenge included another health mishap: Ophelia She was moved when she remembered her mother and her blood pressure dropped to the point that they had to assist her outside the tent. “My legs got loose,” he said to the restraint of Annasofia and other colleagues.

😋🙌Ofelia is going to make a chocolate, liquor and mint cake with sewing motif

🗣️🧵He recounted that his mother taught him to knit

😓 Nerves and emotion made her play a trick but she recovered and continued with her preparation #BakeOffUy pic.twitter.com/8MP4bHFaCN

The one chosen as the “star pastry chef” of the day was Verónica, the author of the cake in the shape of Tetris. “It has a lot of fillers and sublime combinations. The flavor conquered me ”, justified Muñoz.

The participant put on the star apron and was moved to tears, since her dessert was dedicated to childhood with her late brother. “He was very good at playing and very competitive,” he recalled. She appreciated the distinction and was especially happy to have been chosen for this dessert.

The one expelled from the competition, meanwhile, was Silvia. The participant had cooked unsuccessful dulce de leche muffins, and her second cake also failed to convince the jury. The choice for it had been a banana-flavored Minnie Mouse shape. “I grew up at Inau for a while and they always give us bananas for dessert,” she recalled excitedly. But the result did not live up to the jury’s expectation.

“You worked in a messy way. You had accidents that made you nervous and the final result did not measure up to what we were looking for for this challenge ”, explained Rauhut to the eliminated participant. She also thanked, and again with wet eyes closed the program wishing all her companions success. “My dream is already fulfilled,” he said goodbye.