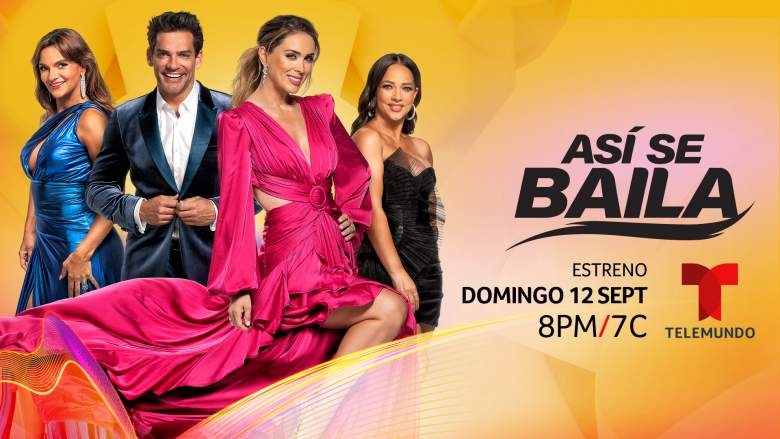 Today, Sunday, September 12, Telemundo premieres the important dance competition “Así Se Baila”, conducted by Jacky Bracamontes and with the participation of Adamari López, Cristian de la Fuente and Mariana Seoane, who will evaluate each of the contestants.

The show will air every Sunday on Telemundo starting at 8:00 PM ET.

“Así Se Baila” is a dance competition that will show ten celebrities facing the dance floor with their favorite partner, be it their marriage, siblings, best friends and even parent-child duos.

With a diverse range of Latin music genres, accompanied by spectacular choreography, each couple will take the competition stage every Sunday to face a dance challenge like no other, in order to stay on the television show and enter the next one. round.

In the course of “Así Se Baila”, viewers will be able to witness the emotional and moving process of the contestants as they overcome a series of challenges, routines and training to become the best dance partner.

Every Sunday, the jury made up of celebrities such as Adamari López, Cristian de la Fuente and Mariana Seoane, will evaluate the presentations of the participants, but the vote of the audience is what in the end will determine which will be the winning couple that will exclaim: “So! It is danced! ”.

Viewers will also be able to have access to everything that happens off the stage of “Así Se Baila” from the hand of Carlos Adyan as a behind-the-scenes and digital correspondent. Currently, the co-host of the afternoon program, “En Casa con Telemundo”, is one of the network’s youngest personalities.

What you should know about the premiere of “Así Se Baila” on Telemundo:

FREQUENCY OF TRANSMISSION: Every Sunday.

WHAT IS TELEVISION PRODUCTION FOCUSED ON: “Así Se Baila” is an original Telemundo dance competition that will feature 10 celebrities facing the dance floor with their favorite partner.

WHO IS THE PRESENTER OF “ASÍ SE BAILA”: Jacqueline bracamontes.

WHERE TO SEE THE COMPETITION ONLINE: The Spanish-speaking audience will be able to enjoy the episodes live or catch up through the app Telemundo, available in Google Play Store and in Apple Store, visiting him Telemundo.com. 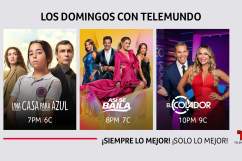