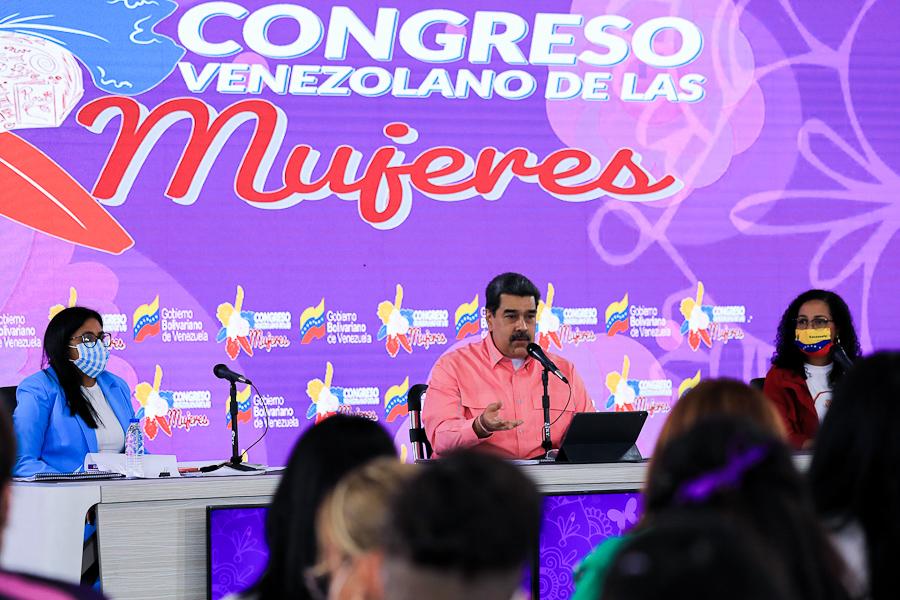 The hosts of the Argentine news The Nation More They criticized Nicolás Maduro’s statements in which he assured that the task of women in life is to “give birth”.

“Woman, we know, has great tasks in life: the task of giving birth, gestating, giving birth,” Maduro said on March 29 during a congress with Chavista “feminists,” broadcast by VTV.

She also affirmed that women have the responsibility to forge, train, create and build values.

“All women have in their deep innocence an innate sense to protect and love humanity, boys and girls,” she added.

In this regard, in The Nation Morethe drivers, including a woman, expressed their surprise, discomfort and even disbelief at the comment.

“I would recommend to Maduro that if he is going to go to a Women’s Congress, he advises himself on what he can say and what not,” said Guadalupe Vázquez, a journalist and political scientist.

For his part, the journalist Eduardo Feinmann specified the phrase said by Maduro, after which he indicated that it reflects machismo.

“He is the president of the patriarchy of the world,” Feinmann said of Maduro.

Meanwhile, Vázquez laughed about the statement: “As if we were dairy cows.”

And he added that he hopes that the female group against which Maduro gave those statements, expresses its rejection.

It is not the first time that Maduro has offered statements in which he restricts the role of women to gestation and upbringing.

On March 3, 2020, she participated in an event with members of the National Plan for Humanized Childbirth and Breastfeeding, in which she urged Venezuelan women to have at least six children so that “the country grows”.

«To give birth then, to give birth! All women, to have six children, all of them! Let the homeland grow,” Maduro said on national television.

“We are going to find a male for all of them”

The recent and controversial statements by Maduro about the roles of women are reminiscent of those made by José Vicente Rangel Ávalos, mayor of the Sucre municipality in the state of Miranda, and his wife, who released a video with marked sexual connotations and that generated a wave of indignation .

Ironically, the video sought to promote the Women’s Institute in that municipality, which should protect and defend the “rights of women to a life free of violence,” as the Law on that matter is called.

Rangel Ávalos said verbatim in the video broadcast on November 18: “The important thing about this Women’s Institute is that here We are going to find a male for all the women in Venezuela. Very important. And also, to his liking. Any size you want… the man, of course. Here we will be pleasing them all.

She said: “The best thing about this Women’s Institute is that I am the personal lawyer for all the men in the Sucre municipality. You are also going to have your space because we are some cuaimas, and the cuaimas have to be controlled».

#30Mar #Venezuela #Argentina@Gbastidas: Maduro is again in the news on Argentine TV after his macho statement in which he stated that “women have the task of giving birth and raising.”
“He is the Pdte of the patriarchy of the world,” he says @edufeiok. pic.twitter.com/Xf5JOm1H7u

“As if we were dairy cows”: criticism on Argentine television of Maduro for ensuring that “women have the task of giving birth”