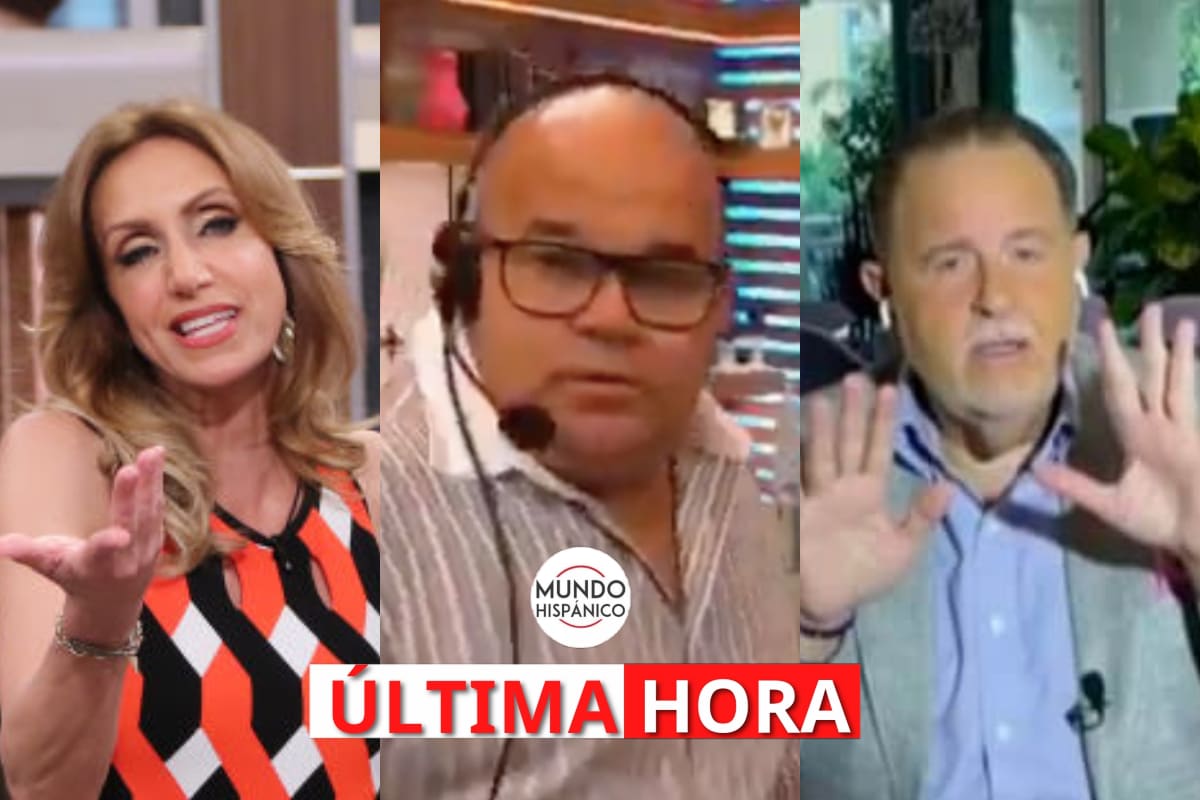 Scandal in El Gordo y la Flaca! Former producer arrested for sexual assault. The arrest of Enrique Albis, the former producer of the gossip show of the Univisión chain occurred after uncovering a series of accusations against him.

The reporter of the Miami Herald, David Ovalle was the one who gave the scandalous news of his arrest. “Enrique Albis, the former producer of El Gordo y la Flaca accused of sexual assaults in the Univision studio, is now in jail, ”the reporter wrote on Twitter.

The arrest of Enrique Albis occurred “after prosecutors elevated their cases to serious crimes, ”according to the journalist. “You will have to pay a deposit of $ 17K”, reads the publication in Twitter. The former producer is accused of assaulting women within the Hispanic network’s studio.

El Miami Herald he uncovered the Enrique Albis scandal before his arrest. The former producer of the popular Hispanic program “El Gordo y la Flaca”, “discreetly” faced the charges against him denounced by three women who wanted to appear on the program, according to the aforementioned media.

‘He will pay dearly for his sins’

It was the Miami-Dade State Attorney’s Office that was in charge of filing more serious charges in two of the three cases that exist against him. The Miami Herald tried to obtain comments from the former producer of “El Gordo y La Flaca”, but they did not succeed.

Sexual assault, false imprisonment, sudden robbery and various misdemeanors for assault are those faced by the controversial former member of El Gordo and La Flaca ”. The scandal began when the program “Gossip No Like” began to issue serious accusations, reports the Miami Herald.

Enrique Albis and his ‘tricks’

The former producer of one of Univision’s most popular shows was accused by a group of women who were allegedly lured, thanks to Enrique Albis’ position, for ‘auditions’ where he tried to touch them, according to the Miami Herald.

After this, the Univisión program decided to end its employment relationship with Enrique Albis, but the problems they didn’t end there. The above, because a video was leaked on the networks where you can see several women who claim they were harassed by the former producer of ‘El Gordo y La Flaca’.

Former producer allegedly ‘abused’ his position on the show

The video was published on the account of journalist Javier Ceriani, and in it you can see several women going to the police station to file a complaint against the alleged harasser. “We are making a legal proceeding against the former producer of ‘El Gordo y la Flaca'”, said a woman when leaving the station, while another clarified the crime: “For sexual harassment of our person.”

He also pointed out that so far, there are almost 10 women who were allegedly victims of Enrique Albis: “For now we are 9”, and when asked if all the girls would testify, they responded bluntly: “All.”

They ‘doubted’ the accusations against the former producer

Likewise, the women who were interviewed outside the station assured: “We are still waiting for many of them to go on the air.” The video sparked a strong controversy. At first, there were those who showed their support for women: “Better late than never”, “Courage, don’t give up, we are with you”, “I am against the abuse of power by these businessmen”, “Frustrating that the most greats of the Hispanic world in the USA do not give importance to this very serious case ”, it could be read.

However, others had some doubts: “I don’t understand why until today? Why not at the time? I do not understand it “,” Hello they have pints of something else and not of harassed they will be that they are escort service now they want to take advantage after so many times “,” After the scare because they wait so long and go to the police, “they added.

Aggression in the dressing room

According to the Miami Herald, the women stated that Enrique Albis insisted on wearing an extremely tight suit as part of the audition. Also, they said he groped them. One of the women even claimed that she masturbated in front of her twice.

“He promised to pay for everything she needed”

A police report obtained by the Miami Heraldo claimed that Enrique Albis constantly called his victim despite the fact that he had returned to his country of origin and “sent him text messages asking him if she was ready to have sex with him.”

“Albis would say that he loved her and would leave his wife to be with her. Mr. Albis promised to pay for everything she needed and continued to promise a future acting contract, “said the police in their report according to the aforementioned newspaper. 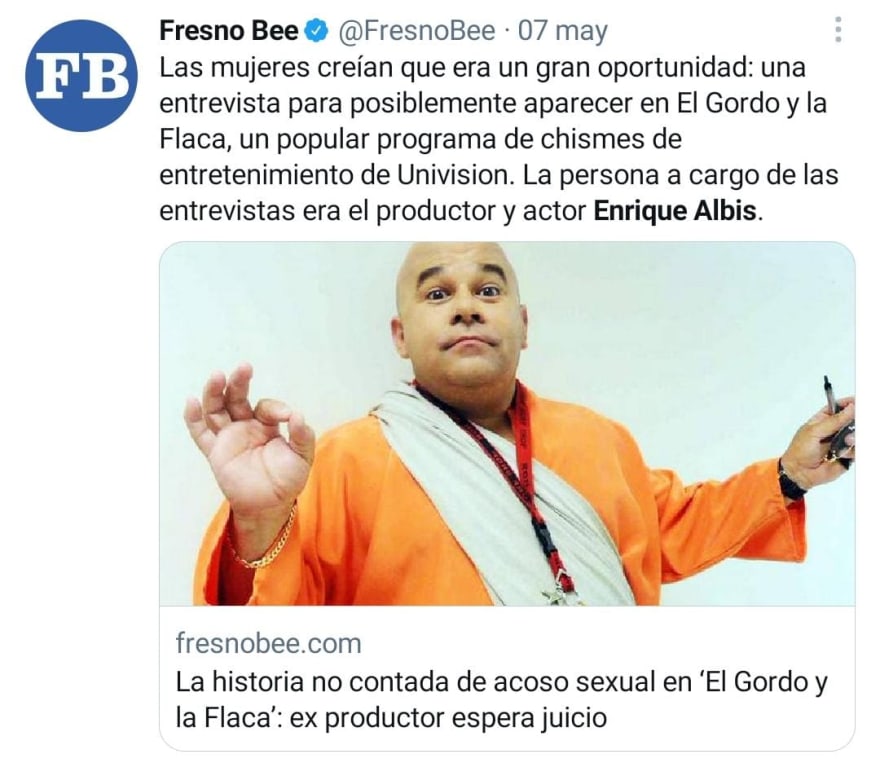 Enrique Albis allegedly threatened the woman after the refusal “El Señor. Albis said that she is a foreigner from another country and no one would believe her, ”said the police. At first he faced simple charges, but now he will have to face justice.

Two charges of sexual assault, and another two for minor assault would be the new accusations for the former producer of “El Gordo y La Flaca.” Another of Albis’s victims related details of how the events that shocked the community had happened.

In the second case for which former producer Enrique Albis was arrested, a report claimed that he told him that “it would be good” for “El Gordo y la Flaca”, once again using the gossip program to carry out the alleged crimes.

Police also revealed that the former producer contacted the victim at a music festival. He invited her to the program’s studio to see a recording and, with the excuse of supposedly wanting to say something to her “in private,” allegedly sexually assaulted her.

The scandal ‘shakes’ the program

“He was able to pass, leave the room and leave the network building,” says the report quoted by the Miami Herald. The arrest is another scandal for the popular Hispanic entertainment and celebrity show “El Gordo y la Flaca.”