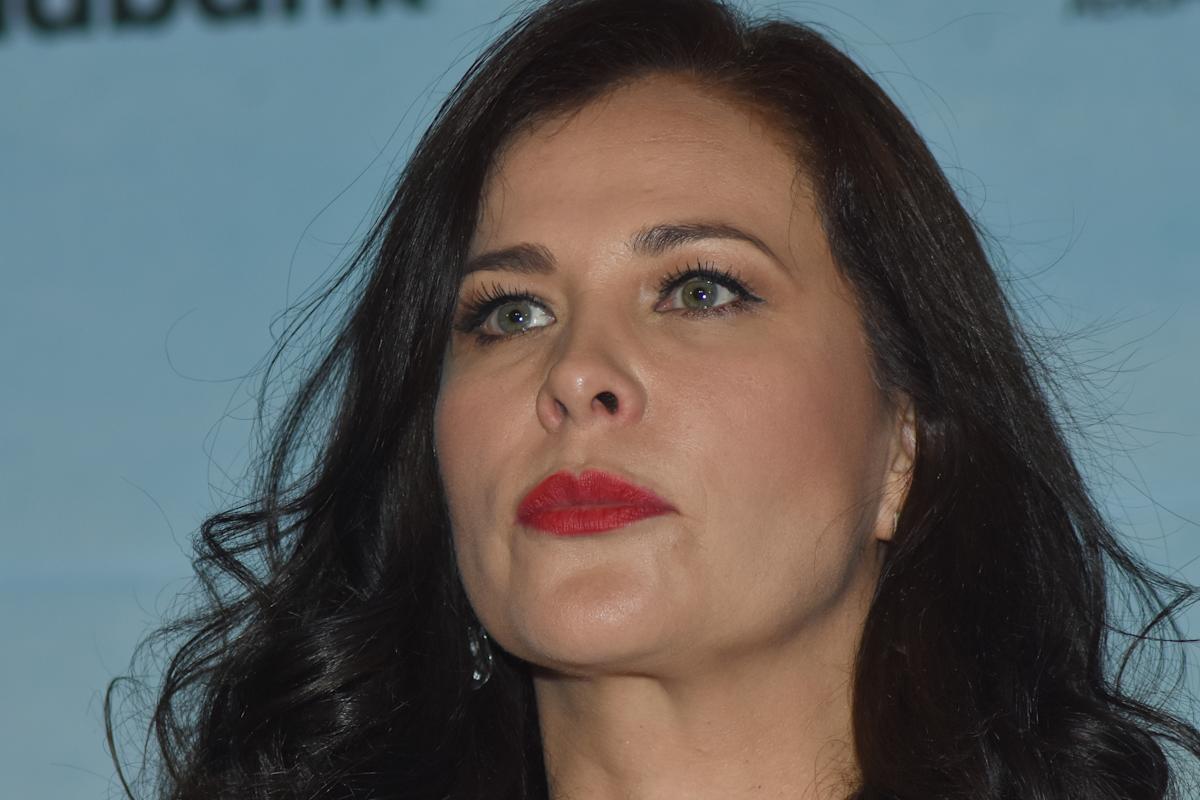 In September 1996, the equivalents of the couple that today make up Belinda and Christian Nodal were the popular singer-songwriter Joan Sebastian and the stunning actress Maribel Guardia., who were the couple of the moment –in an era without social networks, and with weekly magazines like that TVNotas brochure and the brand new program ‘Ventaneando’ as the only source of gossip– and they were everywhere.

Thus the producer had the occurrence Emilio Larrosa, of taking them as protagonists in a soap opera of his creation – namely, the stereotype of the poor against the rich, exacerbated melodrama, populaceous airs and absurd dialogues, which were the rubric of his productions – which would be titled ‘You and I’ and would be a product for the night time slot, with a cast multistellar that included a very young Itatí Cantoral, a la vedette Olga Breeskin as the main villain and a debutant actress, 20 years old named Arleth Terán.

The green-eyed Tamaulipeca had studied at CEA, and had appeared with small roles in soap operas ‘High school confidant’ and ‘Rose-colored laces‘, before Larrosa, impressed by the overwhelming beauty of the girl, incorporated her into his luxury project, as a youthful villain, indicating to the scriptwriters, that he wanted the character to put discord in the plot of the melodrama. Little did Larrosa imagine that his occurrence would cause a media disaster, the fall of his telenovela, the failure of a relationship and that its scriptwriters will froth at the mouth when they have to change the whole story, to give it an ending ‘there it goes’, glued to the air as they were, while the rating went, precisely, to ‘Ventaneando’.

The telenovela got off to a good start, with a regular rating and with the scorn of television critics who considered ‘Tú y yo’ a common product, far inferior to ‘Two women and a path’ or ‘The jackpot’ and that it was completely meaningless, until in October 1996, a month after its premiere, Juan José Origel dropped a bomb in the program in which he shared a bench with the fearsome Pati Chapoy, Pedrito Sola and Martha Figueroa (which today is his partner in ‘With permission’).

According to the sources that gave material to the salacious driver, who at that time was the terror of half the world (now he is very soft, because he ended up becoming the protagonist of the news himself, which played down the importance of his work), Joan Sebastian was cheating on Maribel, with whom he had just had a child a year and a half earlier, with a ‘girl’ although he did not reveal the identity of the person involved, because he was not known at the time.

The gossip ran like the proverbial forest fire, and although Maribel and Joan tried to contain the scandal – they were recording from one day to the next -, the next day ‘Ventaneando’ implicated Arleth Terán as the ‘other woman’ of yore and as a ‘home breaker’.

It was from that moment that a chant began that has continued to haunt the actress – whose talent has been overshadowed by this – for decades, unfairly. At the time, Maribel was turned into a media martyr, and although the separation was traumatic, she recovered, finding stability and happiness next to her current partner, Marco, since 1999. who helped him raise his son Julián, although Joan Sebastian remained in the boy’s life.

Someone who made a very rude and rude comment was José Manuel Figueroa, the eldest son of Joan Sebastian, that said to the cameras of ‘Ventaneando’ that now “Maribel knows what it feels like to have the same thing done to her that she did to my mom “, and the soap opera collapsed, since Maribel refused to allow her characters to reconcile in fiction if they did not intend to do so in real life.

But the one who ended up paying for the broken plate was not Sebastian (who died of bone cancer in 2015) but Arleth, who Not only did she suffer aggression from the media and the public: she was also pigeonholed for several years in roles precisely as a villain and man-eater, which in reality is far from her true personality.

“The treatment I received was very unfair“She declared in a television interview being herself and a mother of a family and with a stable love life.” She was a very young girl, I was dazzled. But nobody humiliated him in the media. I felt ashamed and regretted and apologized [con Maribel], because I hurt her. Many things were said, that if she slapped me, that if I insulted her … none of that was true. She is fine and I’m glad. But it bothers me a lot that they are always rubbing me on that situation. Yes, it was a mistake, a slip. Why can’t they turn the page? I am an actress, I have a versatile career, and I am a woman and I have feelings and I deserve respect. Because that was already, because I was very young, and everyone left me alone, the producer, the colleagues. Nobody supported me. I was very hurt. And I am not going to continue living in the shadow of that. Because it was a matter of two, and it became public, but machismo can always do more. And for me, that is over. “

IN VIDEO: Belinda and Christian Nodal: caught together after their supposed break