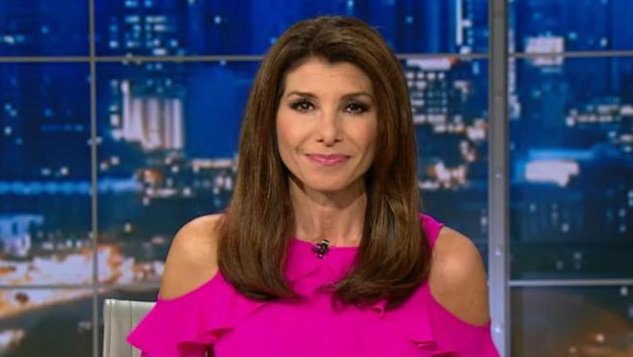 Ángela Patricia Janiot left the Univisón newscast and explained the reasons that led her to make this decision. The presenter alleged family problems.

The viewers who were tuning in to the newscast of the Univisión network, aimed at the Latino public residing in the United States, received a tremendous surprise when the Colombian Angela Patricia Janiot unexpectedly announced his greeting from the news.

Until today, the reasons why he decided to leave his home for more than five years were unknown.in which he received some criticism and positive comments about the work he carried out in the different international conferences such as the presidential elections in Colombia, Chile and Nicaragua.

The public saw his last appearance in front of the cameras of Univisión with the coverage of the death of Queen Elizabeth II of England, on September 8, this being the closure of that television format. And it is that the questions began to haunt social networks, so Janiot decided to make a video on his Twitter and Instagram account explaining the reasons.

“Gratitude for having shared a few days of work with a first-rate journalistic group and with the loving technical team behind the scenes and who make it possible for you to see us every night. To all of them, to my co-workers, to the directors of the channel and to all of you, who received me daily in your homes, thank you very much. It’s time to go home. See you soon”, Janiot pointed out at the end of the Univision newscast that day.

“I owed you this message of thanks for those beautiful words you have written me in recent days, messages of encouragement, of congratulations, thanks, admiration, good wishes and the truth is that I appreciate them very much, I value them greatly. They have moved me, they have moved me, especially in this important stage of my life, thank you from my heart, ”said the presenter in the audiovisual communication.

You may be interested in: Margarita Rosa de Francisco “fell on her” for proposing her sister for a consulate

What happened? Everything seems to indicate that what led the communicator to abandon the project were the family problems that she began to present with her husband, with her children, and how difficult it had become to find an intermediate point to share together.

“The truth is that the family reasons are due to the fact that my husband and my son live in Atlanta, my daughter lives in Los Angeles and I live in Miami. My change to Univisión meant that I moved to Miami and I could not convince my husband who accompanies me, to move too “the communicator responded to the concern that her followers had about her resignation.

As Janiot mentioned, the relationship was becoming unsustainable between those comings and goings between Atlanta, Miami and sometimes Los Angeles.

Finally, he clarified what happened with the closure of his communication when he said “it’s time to return home”, making it clear that at no time did he want to imply that he would return to Colombia or that he would once again join the ranks of CNN en Español, a chain television that catapulted her to stardom as presenter of the different news.

“The truth is that I want to take a break to focus on personal projects that I have been working on”Janiot pointed out, in addition, he invited his fans to continue to be aware of his announcements on social networks, in which he will be sharing a little more about his life in this sabbatical time that he will have and the works that he will undertake: “I hope that we continue to be connected, that we continue to talk to each other and follow each other on a daily basis as we have been doing for the last few years. Thanks and see you soon”.

Next, the clip in which Patricia Janiot answers the doubts of her followers after her departure from Univisión:

The presenter argued that everything was due to family reasons due to the distance between Atlanta and Miami, which was her place of residence.

Colombian journalist Ángela Patricia Janiot announced “a stop along the way”: she left her job at Univisión
Gustavo Petro’s tense interview with Patricia Janiot: the candidate spoke about the ‘petrovideos’ and his guerrilla past
Patricia Janiot questioned Francia Márquez for not recognizing that Gustavo Petro requests to receive money in exchange for votes