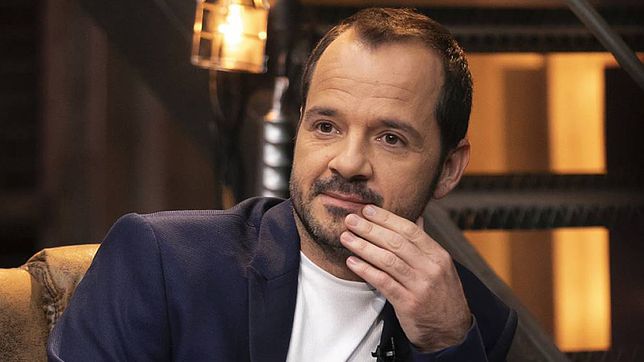 As if it were a phoenix, Angel Martin (44) can boast of living a sweet moment professionally. Their ‘Morning briefing to save time’ It has become a true phenomenon in social networks. And it is that, in the small pills that he shares in little more than two minutes, slip some other very successful reflection on various current issues.

In recent months, the communicator has increased his presence in the media to talk about the publication of his book ‘In case the voices come back’ in which he recounts his experience after suffering a psychotic break and the importance of ensuring mental health. And in this context he has granted a new interview in which, in addition to delving into the publication of his work, he reviews the success of his ‘Morning news to save time’ and its possible return to television.

“It begins -its informative- with a video of me as a jokewhen I realize that I’ve been reading digital media for two hours and everyone has the same news and I decide to make a video so that people don’t waste the two hours I’ve wasted because the three news items are these. That video works better than expected on my networks and I decide to repeat it the next day”, explains Martín about the genesis of the format that is bringing him so many compliments.

“I have spent many years trying to understand the digital world because I find it a fascinating tool for content creators and people who do what I do. When the pandemic arrives, I decide to study how the internet works and why some manage to dedicate themselves solely and exclusively to the internet and others do not. Before the pandemic, I did not understand social networks and I only used them for promotion and, suddenly, one day you stop to think who you would follow, what you want to build and when you find it you go to death with it, ”adds the communicator.

And in those days, with its daily news, its two podcasts (In case the voices come back and everyday Mysteries) and his stand-up performances that take him around the country. And to the recurring question of whether he has the television parked, the answer could not be more blunt. “Yes, yes, totally. The things that have arrived I have said no because I am very focused on the internet“, ditch.

Ángel Martín answers the million dollar question: “I said no”