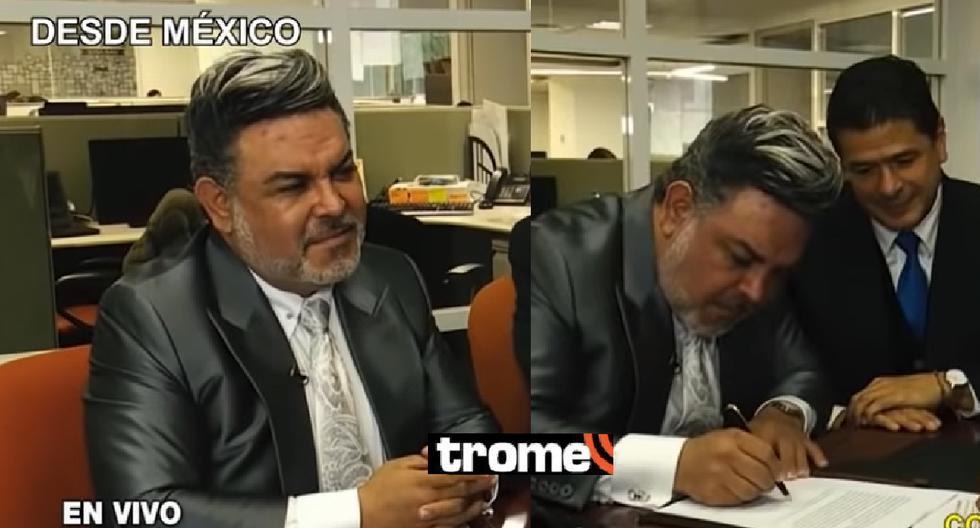 LEAVES PERU. Magaly Medina appeared on the program ‘Today is Saturday with Andrés’ to drop a ‘bomb’. The ‘magpie’ revealed that Andres Hurtado, better known as ‘Chibolín’, left Peru to settle in Mexico after signing his contract with an important Aztec television channel.

“My general producer came to tell me Guess what? Guess who is going international and who these days is going to sign a contract with an international television company? Nothing less than Andrés Hurtado tells me ”, surprised the ‘magpie’.

Andrés Hurtado leaves Peru: ‘Chibolín’ signed a contract with Azteca TV and will live in a luxurious triplex

The host of Magaly TV La Firme gave details of the hiring of ‘chibolín’ with the famous producer of Azteca Televisión. As he said, the signature is 100% true and it is not a story.

“I could not believe it, He is leaving as a brand new contract for Azteca Televisión, Mexico City, and we are going to be part of the contract and if you authorize I can go and record it to Andrés there when he signs his contract and that’s how it was. We left, they transferred him by helicopter, we were with the general manager of Azteca TV, we saw the signing of the contract, it is real ”, he remarked.

Nevertheless, Magaly revealed that Hurtado’s arrival in Mexico was truly a celebrity by ensuring that the channel has given him all the luxuries he is used to, such as a triplex, a Ferrari and they even transferred him by helicopter.

“He arrived in Azteca in a Ferrari, valued at 350 thousand dollars and they say they have given it to you … He lives in a fabulous triplex, in the La Condensa area, one of the best areas in Mexico”, he added leaving everyone speechless.

The ‘magpie’, Magaly Medina, argued that she is a Peruvian product and that she has already completely discarded the idea of ​​going international as Andrés Hurtado has done.

“My production team surprises me by giving me news when so many artists from this country in one way or another have wanted to go to another country, to another channel to internationalize. I already lost hope of internationalizing years ago, I did not try because I have always said that I am a Peruvian product”, Held.