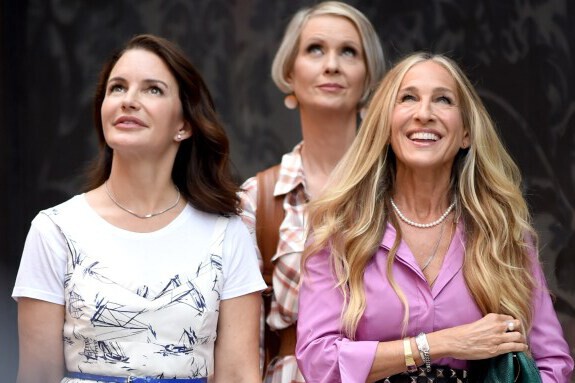 We can already take a look at the series’And Just Like That‘, the revival of the famous’Sex in New York‘ (‘Sex and the City’, 1998-2004). HBO Max has launched the first trailer of this “new chapter” that continues the history of the series and whose release date is set for the next December 9.

Sex and the city after turning 50 (and without Samantha)

That Thursday you can see the first two episodes of ‘And Just Like That’ and the following will premiere weekly on the platform, until reaching the ten with which the season will end. The series recovers three of the original leading actresses of ‘Sex and the City’, Sarah Jessica Parker, Cynthia Nixon y Kristin Davis, highlighting the absence of the fourth, Kim Cattrall, who years ago already announced that she would not play her character (Samantha) again.

Parker, Davis and Nixon participate in the sequel as executive producers, while Michael Patrick King has creative command of the series, taking over from Darren Star. HBO’s original series ‘Sex and the City’ was created by Star and was based on Candace Bushnell’s book of the same name published in 1996. It was a huge audience success which garnered numerous awards, including 7 Emmy Awards. After the end of the sixth season, two films and a series-prequel were made, ‘The Carrie Diaries‘.

‘And Just Like That’: HBO Max presents the first trailer of the series that continues ‘Sex and the City’, a “new chapter” without Kim Cattrall