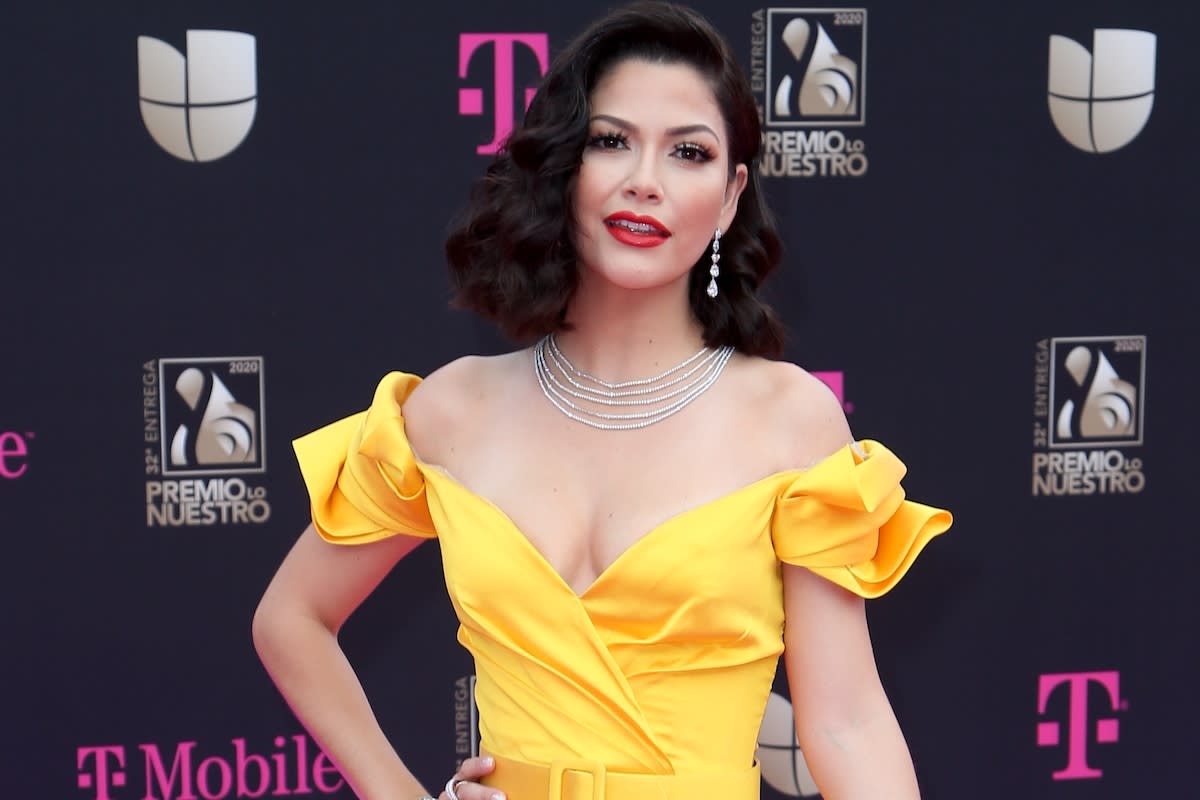 This could be the real reason why Mexican host Ana Patricia Gámez abruptly decided to move away from the artistic medium despite being at the peak of her career. And it is that despite the fact that many believed that her income came only from the productions in which she worked, it was learned that the also model has millions in brands and sponsorships.

It was a few months ago when the Mexican Ana Patricia Gámez surprised by announcing her decision to withdraw from the artistic medium and thus, give way to her personal life as a mother and wife, since she resigned from being a host of TV when he was the headline of Despierta América and Enamorándonos, programs that gave him recognition.

Ana Patricia Gámez and her real reason why she left television

After all this, there was much speculation about the real reason why Ana Patricia Gámez had simply left television, where many wondered what would happen to her career and her source of income, however, that does not seem to be a A big problem for the former beauty queen, since the many millions she has for brands and sponsorships in her bag have been made known.

Through the YouTube channel of Karol Tamiko, the various jobs that this beautiful Mexican has are listed, since not her entire career was focused on being a host, but also on promoting various brands, such as Bimbo and even Nestlé, in addition to her podcast, which has been a success .

Were her personal works the real reason why Ana Patricia Gámez left television?

In the video, Karol Tamiko lists the multiple brands that Ana Patricia Gámez has, and which could be the reason why the Mexican woman completely distanced herself from her television career, and that is when she said that her main reasons were for her family and to dedicate herself full time, the youtuber of this channel stated that it was not simply because of that.

“Many said that Ana Patricia will dedicate herself to her family completely, how beautiful, but this is not the case, this woman is full of her own businesses, in addition to being the image of many brands, she is loaded with work not only with her brands and her business, but also with the podcast that she has ”.

Multiple brands? This could be one reason why Ana Patricia Gámez left without further ado

Among one of the things that the content creator listed was when Ana Patricia Gámez participated in the Urban Menu channel with Pork is flavor, the sponsorship that the host has with General Milks by promoting Nestlé’s Lucky Charms cereal brand, and also With the Mexican multinational company Bimbo, this could be a very valid reason for her not to worry so much if she strayed a bit from artistic life.

“And I’m only mentioning a few, because if I start to mention each one of those that there is, it would never end, but they could go through their social networks and there they will be able to see many commercials or advertisements of the brand they represent, where she is the image of big and small brands ”.

“It ranks second with the most sponsorships”

The content creator also affirmed that Ana Patricia Gámez is a marketing mentor in a brand called “Monat”, in addition to being in the number two place in receiving sponsorships, only below the Colombian businesswoman. Ximena Duque, who only has a very short lead.

In addition to having her own boutique, which has been showing off all the designs she has released in all the programs in which she participated, such as a denim vest that she used when she was still working as a host on the program “Enamorándonos”, all in order to publicize your brand. Filed under Ana Patricia Gámez reason.

“It also has a jewelry store in Mexico”

As if this were not enough for this reason for their own brands and businesses, Karol Tamiko’s YouTube channel also states that the winner of Nuestra Belleza Latina 2010, the Mexican Ana Patricia Gámez, also has a brand of girdles and even a jewelry store in Sonora, Mexico:

“And that I am only mentioning the businesses that it has here in the United States, since they also mentioned to me that it has a jewelry store in which its sister, in addition to the fact that on the radio, also on Univisión, it has a program called Unfiltered”. All these brands and jobs he already had even before he left his career in Despierta América and continued in the Enamorándonos program.

After moving away from television, Ana Patricia Gámez takes refuge in the cemetery?

Before the multiple brands and sponsorships that Ana Patricia Gámez has came to light, which could be the real reason for her sudden “flight” from the artistic medium, some photographs were leaked in her account of Instagram, where it is told what the Mexican is doing since she decided to take care of her children and her family.

And it is that, at the time and at the height of his career, the mexican made an unexpected announcement in Falling in love and visibly affected assured that she did not have time for her children, or for her husband, so she decided to give up the artistic medium to live her personal life fully.

Is Ana Patricia surprising with what she does away from television?

Now a few weeks after the former presenter disappeared from the ‘artistic focus’, what the Mexican is doing with her free time is filtered, in addition to cooking with her children and recording a podcast in which she gives life advice, tells anecdotes and talks more about your activities … alarm with your photos?

Some publications show that the beautiful Mexican Ana Patricia Gámez is still very affected after the mourning caused by the death of her father a year ago and therefore did not hesitate to share a heartfelt message and photos among the tombs of the pantheon where the remains of his parent.

Ana Patricia among the graves

In the middle of 2020 with the peak of the pandemic, many people lost loved ones, however, Ana Patricia Gámez did not expect to suffer a blow as strong as the death of her father, who recently completed one year of death, so the former Mexican driver from Falling in love visited his grave.

“It was 1 year after his departure. You have seen me share beautiful memories with my Father, today on his first death anniversary I share his last resting place, “wrote the former presenter in a moving photograph where she went to leave flowers at the grave of her father. Filed under Filed under Ana Patricia Gámez Reason

After falling in love, Ana Patricia has her feet very “on the ground”

Juan Francisco Gámez López, the name of Ana Patricia Gámez’s father, lived from March 1953 to June 2020 and at his grave, the Mexican captured a surprising epitaph: “I have not died, I just left earlier and I don’t want to be remembered with tears like those who have no hope. I have not died: Even if my body is not there, my presence will always be felt ”.

“I will be the silence of our home that we share so much, I will be the breeze that will kiss their faces, I will be a sweet memory that attends their memory, I will be a beautiful page in their history. Sorry everyone, I only took one of the previous trains and I forgot to tell you… I have not died, I just left earlier ”, I remember his wife, daughters and grandchildren, reads the epitaph of Ana Patricia Gámez’s father.

Before the former presenter of Enamorándonos shared the photos of her father’s grave, she had also left a beautiful photo with him in front of the sea, congratulating him on Father’s Day, with the following message: “My Dad is the star most pretty that shines in Heaven ”.

“Today in his day I can only remember him, I cannot hug him, or give him a gift. I do not want to remember his last Father’s day alive because he was not having a good time, I have so many beautiful moments with him and I stay with that, because of my old man he was a great Father! “, Wrote Ana Patricia Gámez. Filed under Filed under Ana Patricia Gámez Reason.