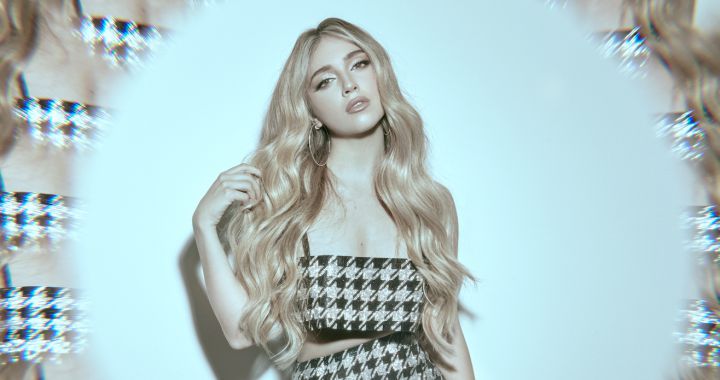 Ana Mena He is one of our brightest stars. A tireless worker since she was a child, she has not only grown up as a singer and dancer, but has also been a regular at talent shows, television sets, as well as series and movies. After a few years of success and projection, capitalizing on the main streaming charts in Spain and Italy with singles such as One step from the moon and an unexpected kiss, or to get the premio LOS40 Music Awards 2021 for Best Artist From 40 to 1, he now takes a career turn to launch Light music.

To talk about this beautiful version, Eurovision, Rosalía and her projects, she was recently at LOS40 in an interview that you can already see on los40.com. During the talk, Ana Mena also revealed some details of her next great work: her participation in the series of Netflix Welcome to Eden. The malagueña thus recovers her facet as an actress and he does it by getting involved in this great audiovisual project.

Things happen that unsettle you

“I found out from friends that they were casting for a series for Netflix and I had long wanted to resume acting in a project that would allow me to combine it with music.” explains the singer. “I did a series of castings, all at a distance.”

We know for sure that it will be a choral series in which a multitude of characters appear. Ana Mena will be accompanied in this series by people like Amaia Salamanca, Amaia Aberasturi, Belinda, Lola Rodríguez, Berta Vázquez or Sergio Momo, among others.

“Things happen that upset you and that is the magic of this series, which never ceases to amaze you”, Ana Mena told LOS40. “We are many protagonists, many young actors and each one brings his personal plot. The script is a gift, I think there is nothing like it so far.”

About his character in Welcome to Eden

Confidentiality carries a lot of weight in this type of project. “I can’t tell anything”, the artist repeats over and over to our questions, until finally she gives us some detail about her character in the series: “It’s very funny,” she advances.

Ana Mena gives us the keys to ‘Welcome to Eden’, her new series on Netflix

"The Good Doctor 5": know the release date of the new season of "The Good Doctor"
Yalitza Aparicio will star in series on Apple TV
Mhoni Vidente reveals that Maite Perroni could be pregnant with Andrés Tovar