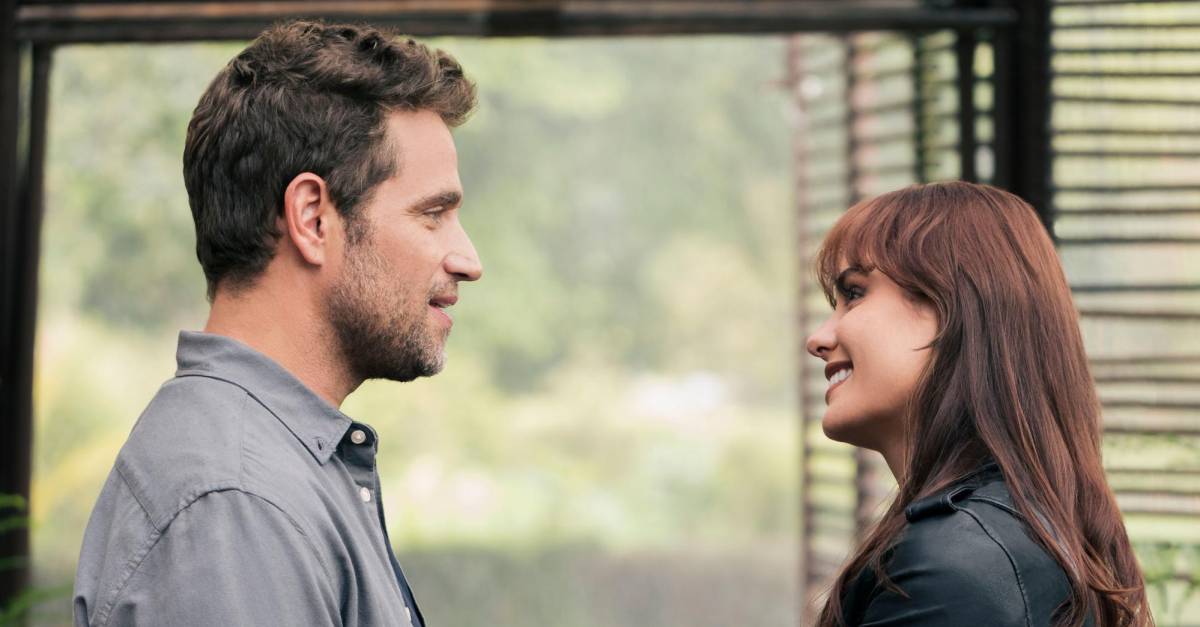 Since they shared a set for the first time in Passion of Hawks, In 2003, the professional and personal paths of paisa Ana Lucía Domínguez and Argentinian Michel Brown permanently connected.

Ana Lucía says that with Michel he is the actor who has shared the scene the most times in different projects. After Passion of Hawks were in I’m going to teach you to love, Mother Monday and The Grand Hotel.

Now they are together again as protagonists of Hunch, the series that Netflix premieres this Thursday, April 21.

It is the story of a woman who receives a heart transplant and begins to experience strange sensations, unaware that behind her surgery there is a complex network of organ trafficking.

Ana Lucía and Michel spoke with EL COLOMBIANO about this project, its scope and what is coming for them after this series that adds Netflix original productions in Colombia, along with Wild Rhythm, The Robbery of the Century, and Diomedes: The Idol, the Mystery and the Tragedy.

How do you assume this new international project?

Ana Lucia Dominguez: “It’s a wonderful series, it has everything, it’s very well written and directed, it catches you from the start, it’s not for nothing, but it’s the best thing I’ve done in my entire career, by far. I was accompanied by a very professional cast. When I saw the first chapters, what happened to me as a viewer is that I wanted to continue watching it, one chapter after another, and this is a bit of what is going to happen to the public.”

What are the characteristics of your character?

Michael Brown: “My character has a very interesting dramatic arc that starts out as a role with a determined life where fate strikes him and a lot of things happen. It is a series that talks about human relationships, the different ways of loving, oblivion, guilt and love, it is a character that goes through all these emotions, it is a role that will reach the hearts of people and that will wrinkle the hearts of many, Simón has a lot of desolation and at the same time a lot of strength and that makes him an extremely interesting character to play and watch”.

Have you had previous contact with a transplanted person?

Ana Lucia: “By fate I met a doctor, who in fact Michel recommended her to me, whose mother had just had a transplant and told me that the lady had felt changes in her daily life, especially in the taste of some food. She was transplanted with an organ from a young person and after the procedure she found the charm of the hamburger with the chips, something that she did not consume, it is not something scientific, but I did receive similar cases. Although this is a fictional story, which is not representing absolutely nothing in reality about organ trafficking in our countries, it is very well told and it is a story that catches you”.

How intense were the recordings?

Ana Lucia: “There were two months in which I gave my soul, life and heart, I came home from the recording to continue studying, because the other day we had to shoot, with Michel, after a whole day of recording together, we met by Zoom to review the scenes of the next day. It was a team effort, the director wrote to us and gave us tips and things that he wanted to see reflected in the characters.

I think Colombians and the whole world are going to see it, because it will be seen in 190 countries and it was translated into five languages, it’s something wonderful.”

Michael: “It has been happening to me for many years, I go after stories and characters that confront me and precisely Pálpito has all these elements: it is a very current series, with a contemporary language where a topic is touched on that I think we were very afraid of touching. , more than about organ trafficking, deals with transplantation, with what happens to a foreign organ in your body and how it reacts. The truth is that I enjoyed it a lot, it is a jewel that runs impeccably, it is well edited and acted, the photography is impeccable, as is the direction, I think we have a series that competes against any drama in the world”.

Coincidentally you have shared several projects…

Ana Lucia: “It all started in Passion of Hawkswhen Michel had just arrived in Colombia, from there we made a beautiful friendship, after that it was I’ll teach you to love and then it was mother moon Y the grand hotelI think it has been with the actor with whom I have done the most soap operas or series, we know each other very well, we are very close friends, when we are not recording we also share, I am a very good friend of Margarita and Michel is a very good friend of Jorge, we always try to agree in the countries where we are living.

Michael: “I was very happy when I found out that Pálpito was with Anita, I know her as a woman and as an actress, I must confess that it gave me immense pleasure, because we stopped seeing each other for a long time and suddenly we found ourselves on a set having to shoot a series very difficult, very hard with a huge emotional charge and with a lot of truth. I met again with an impressive actress, she didn’t touch her so easily, she came in close to the start of the project and with a character that was difficult to work with and she achieved the work of her life”.

Ana: “I almost don’t see them, I’m not very excited, but I was dying to see this one because of the plot, because it has something very special and it’s something that almost never happens to me. In my case, it makes me sad to see myself, it makes me sad, but as in this series, I really wanted to see it.”

Michael: “I do see all of them, some I like, others I like less and others not at all, I am very critical, but in this one something very particular happened to me, because it is difficult for me to get excited seeing my work and here I got excited”.