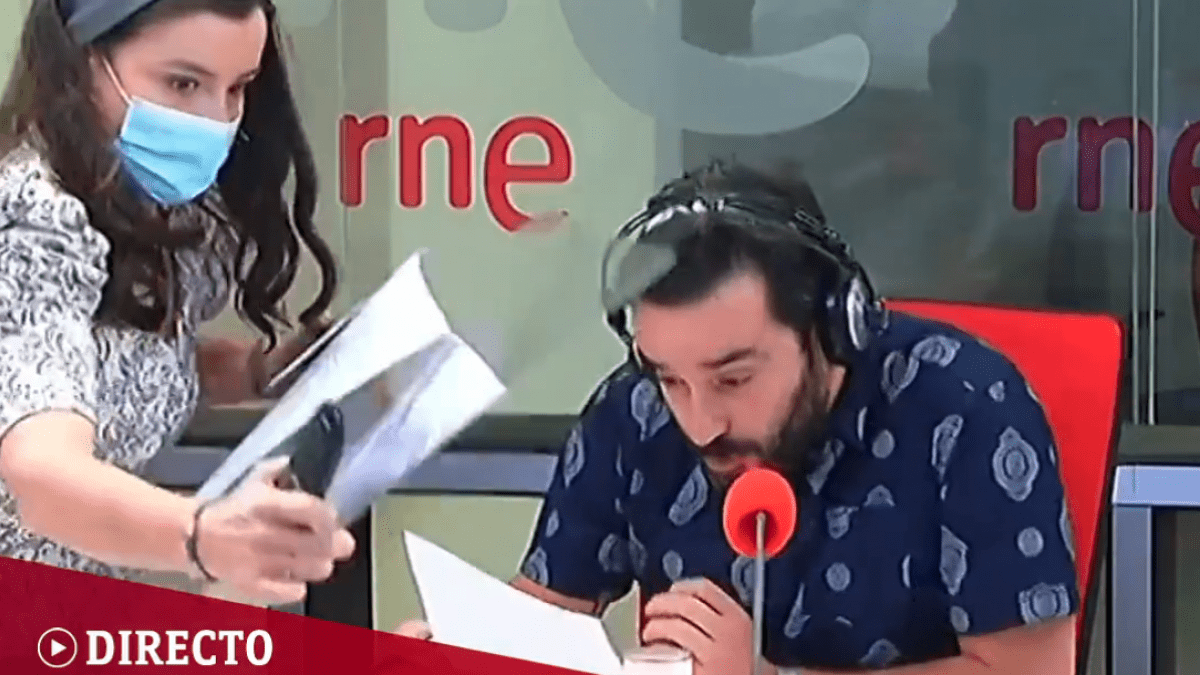 Since radio programs are broadcast live through Internet webcams, we can find moments that were previously only reserved for the world of television. It’s what happened last night on the show 24 hour RNE and that spread on networks People wake up.

The program is broadcast on RNE every day and is presented by Sandra Urdín, although Carlos Núñez is the protagonist of this story that has an unsuspected ending and that demonstrates the professionalism of public radio professionals when dealing with setbacks depending on what setbacks.

Little did Núñez expect to have to stoically endure while his partner hit him, involuntarily, with one of the plastic screens that separates the different announcers and journalists who share a studio at RNE every night.

The announcer only got to emit a slight guttural noise but he held his speech without blinking. Of course, with a smile on his face and trying to hold back the laugh as best he could. While all this was happening, there was no sign of either the partner who had hit him, or the screen itself.

Until, at the end of speaking, a general shot of the radio studio reveals that the colleague is holding the screen in her arms, with her back to the table and with a fit of laughter that she tries to hide as best she can so as not to infect her colleagues that they are still at the table talking.

Without a doubt, a hilarious moment on the radio that we would have missed had it not been for the live broadcasts of the programs. The video, shared on social networks, is already going viral and the protagonists of this story are interacting in it.