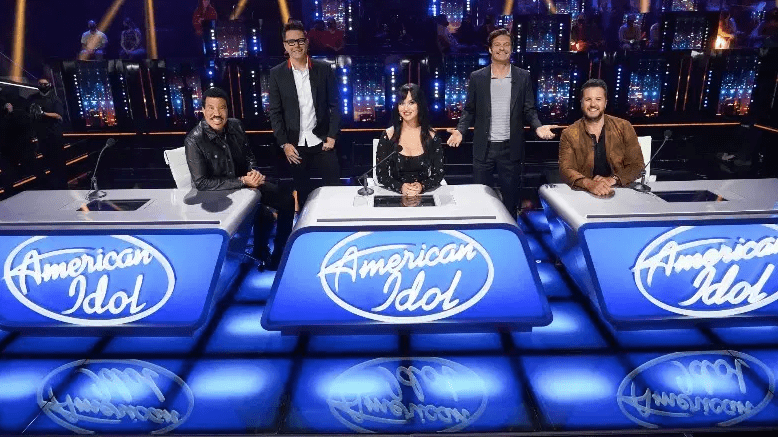 The winner will be chosen during a star-studded three-hour finale from ABC “American Idol” which will air this Sunday, May 23.

but who will be chosen?

There are only three contestants left in the competition: Willie Spence, Chayce Beckham, and Grace Kinstler. Gold Derby predicts that Beckham could win this season according to a survey of fans after the May 16 episode, but there is still a chance for everyone.

Here’s what you need to know about the show’s TV time, channel, what to expect, and more:

When does the season finale air and how to watch it?

Watch the finale live on ABC or watch the episode broadcast at ABC.com/watch-live or through the ABC apps.

Who will perform on Sunday night?

The final will feature performances by the top 3, as well as the three judges: Katy Perry, Lionel Richie, and Luke Bryan. The rest of the “American Idol” Top 9, including Spence, Beckham and Kinstler, will perform on stage alongside guest artists such as Alessia Cara, Chaka Khan, Fall Out Boy, Leona Lewis and more. according to ABC on their “American Idol Website.”

The top 3 will perform these songs

During the season finale, the top 3 contestants will sing three solos each. One in honor of their hometown, a second where they have performed on the show before, and a third who is chosen by the judge.

According to Billboard, here are the songs that the Top 3 will perform on Sunday night:

– Grace Kinstler – “I Have Nothing” by Whitney Houston, “(You Make Me Feel Like) A Natural Woman” by Aretha Franklin, and “All By Myself” by Celine Dion.
– Chayce Beckham – “Fire Away” by Chris Stapleton, “Afterglow” by Ed Sheeran and “Blackbird” by the Beatles.
– Willie Spence – “A Change is Gonna Come” by Sam Cooke, “Stand Up” by Cynthia Erivo and “Georgia on My Mind” by Ray Charles.

Special performances from the guest stars, along with the top 9 contestants, include:

– Fall out Boy – “My Songs Know What You Did In The Dark (Light Em Up)” with Spence, Deshawn Goncalves, Beckham, Arthur Gunn and Hunter Metts.
– Chaka Khan – Mix of “I’m Every Woman”, “Ain’t Nobody”, “Sweet Thing” and “Through the Fire” with Goncalves, Casey Bishop, Alyssa Wray, Cassandra Coleman and Kinstler
– Macklemore – “He can’t stop us” in the top 3
– Luke Combs – “Forever After All” with Beckham
– Mickey Guyton – “Black Like Me” with Wray
– Leona Lewis – “You Are the Reason” with Spence
– Alessia Cara – “Scars to Your Beautiful” with Kinstler
– Sheryl Crow – “Every Day Is a Winding Road” and “If It Makes You Happy” with Gunn
– Lindsey Buckingham – “Go Your Own Way” with Coleman

How to vote during the season finale?

There are three ways to vote for your favorite contestants during the season finale.

Vote in AmericanIdol.com/vote or in the “American Idol” app. Another way is by text message. To send text messages, simply text the number of the contestant you would like to vote for to “21523”. The number will work with any cell phone operator.

Voting will open at the top of the program and end just before the last commercial break, in which the results will be revealed.