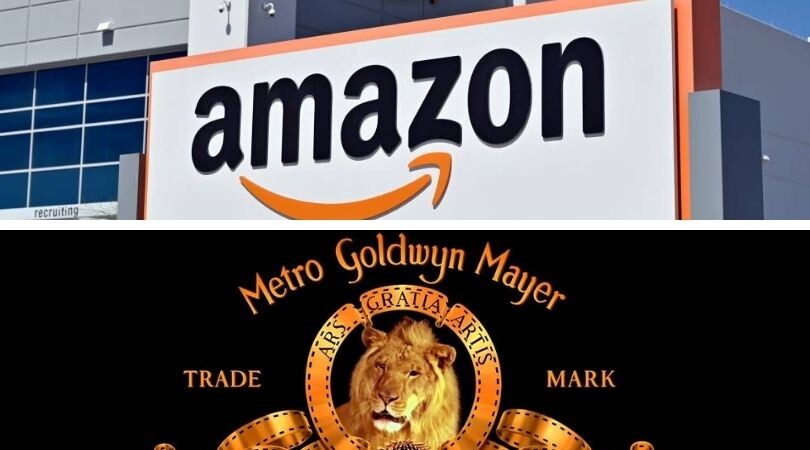 The rumors that jumped to the media some days ago have ended up being confirmed: Amazon has bought Metro Goldwin Mayer, one of the great majors in Hollywood history, for a whopping $ 8.45 billion. 4,000 movies and 17,000 hours of series, totaling more than 180 Oscars and 100 Emmys, are now part of the properties of Jeff Bezos’ company and, by extension, of the Amazon Prime Video catalog.

The company’s list of productions is practically endless: films such as ‘Basic Instinct’, the ‘Rocky’ saga, the ‘Poltergeist’, ‘The Hobbit’, ‘Raging Bull’, ‘Robocop’, ‘Thelma & Louise’ the Pink Panther movies, and series like ‘Fargo’, ‘The Handmaid’s Tale’ or ‘Vikings’. Although without a doubt, the jewel in the crown is the James Bond franchise, whose rights held tightly by the descendants of the original producer of the series are the ones that have possibly delayed the announcement.

In the press release with which Amazon made the announcement, it states that “It will help preserve the heritage of MGM and its catalog, and provide its customers with better access to these classic pieces.”. In other words, Amazon is openly stating that these classic movies and series are now fattening the Amazon Prime Video catalog, in a move that aligns the streaming platform with Netflix, Disney + and HBO, where the catalog fund is of primary importance. .

What this purchase means for Amazon

The powerful financial investment (second highest in company history, after the $ 13 billion purchase of organic food chain Whole Foods) makes it clear to what extent this move is financially essential for Amazon. This catalog allows you not only to rebroadcast this vast catalog of movies on Prime Video, but also to produce sequels and new versions of the franchises mentioned above. TV series of ‘Robocop’ or James Bond, new versions of ‘Poltergeist’ and, of course, ‘The Hobbit’ as a perfect accompaniment to that new series of ‘The Lord of the Rings’.

This purchase is part of a series of demonstrations of strength to fatten catalogs at the stroke of a checkbook that all platforms are carrying out to a greater or lesser extent. Disney + kicked off with buying fox, whose fund you are already including in your offer via Star, but WarnerMedia announced just a few days ago that merged with Discovery. The competition stiffens against the undisputed queen of streaming, Netflix, which invests all its financial power in its own productions.

It is important to underline the key component of James Bond in this operation, and in fact, the communication of Amazon makes its presence very clear within the deal. For example, MGM tried to sell the distribution rights to ‘No Time to Die’ for $ 600 million to Apple in the middle of the pandemic, but the producers of Bond, the Broccoli, did not allow it.

It is quite possible that the Amazon and MGM contract includes a number of clauses about what can and cannot be done with the present and future films of the secret agent. For example, it would be very rare for us to see the premiere of the next 007 movie exclusively on Prime Video. But at the same time, the way is opening for spin-offs, more frequent sequels and television series of all kinds. Tomorrow is never enough, but in this case, Goldfinger has the rights to exploit.