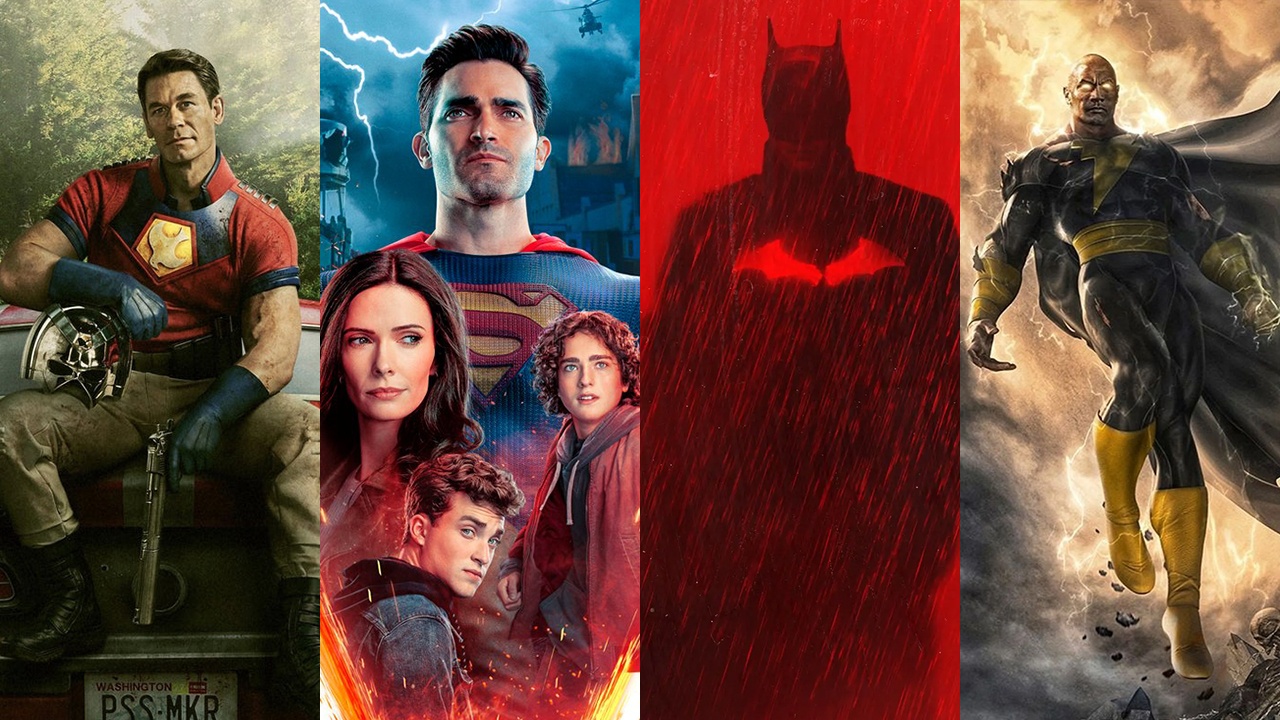 It is possible that the DC Extended Universe (DCEU) had a terrible development that reached the peak of its failure with The Justice Leaguea (2017) and the depressing Suicide Squad (2016). Luckily he managed to recover with the help of Wonder Woman, Aquaman Y Shazam!

But nevertheless, DC Comics’ cinematic universe goes beyond the DCEU and is also comprised of a handful of independent projects, like the controversial movie Joker of Todd Phillips, or the universe of television series of the Arrowverse, as well as all the movies and animated series that revolve around the DCEU. The DC universe is an isolated machinery that one day we would like to see completely connected to each other, but while it happens, we will have to let ourselves be carried away by an epic 2022 that promises great things for fans of DC Comics.

Here are all the series and dc comics movies that will arrive in 2022 (even if it is not part of the DCEU):

The Batman, from director Matt Reeves, it will be one of the first independent DC Comics projects to arrive in 2022. This film promises to lead the Dark Knight of Gotham City down a dark alley full of criminals like Riddler (Paul Dano), The Penguin (Colin Farrel) and Carmine Falcone (John Turturro).

Originally, The Batman would be released in June 2020, but due to the pandemic the film was delayed until March 4, 2022. The cast also includes Zoë Kravitz as Selina Kyle, Jeffrey Wright as Commissioner James Gordon, Peter Sarsgaard as District Attorney Gil Colson, and Barry Keoghan as Young Officer Stanley Merkel.

DC League of Super-Pets It is not the DC Comics movie we asked for, but the one we need. Away from the strange and confusing world of the DCEU or the twisted premises of The Batman, this new animated proposal stars the pets of Justice League members, including Krypto, the superdog, Ace the Bat-Hound, Batman’s dog, Jumpa, Wonder Woman’s kangaroo and Streaky the Supercat, the Supergirl cat.

After seven years in development, Black Adam It will finally hit theaters in 2022 and it might be darker and more twisted than we imagine. The first trailer, which Warner Bros. revealed at DC FanDome 2021, showed an antihero without a shred of mercy, and while his main arch nemesis is Shazam, the film will pit him against The Justice Society of America.

It is possible that the film of The Flash, from the director of It, Andy Muschietti, is one of the most anticipated events of 2022. The film will adapt the popular arc of Flashpoint and open the door to one of the crossover most ambitious of the DC cinematic universe.

The Flash It will include Ezra Miller as Barry Allen, Kiersy Clemons as Iris West, but will also introduce new characters like Supergirl (Sasha Calle) and reunite Michael Keaton’s iconic Batman with Ben Affleck’s. The film will also show Maribel Verdú as Nora Allen and Ron Livingston as Henry Allen. It will be released in theaters on November 4, 2022.

While the sequel to Aquaman and the Lost Kingdom was announced as soon as its predecessor was released, the film won’t arrive until four years after Aquaman (2018).

The details of the film are a mystery, but we know that it will feature the direction of James Wan and the participation of Jason Momoa as Arthur Curry, Patrick Wilson as Ocean Master, Yahya Abdul-Mateen II as Black Manta, as well as the controversial return of Amber Heard as Mera. It will be released on December 16, 2022.

The CW is the home of the Arrowverse, which includes some iconic series like The Flash The Legends of Tomorrow, and will soon see the arrival of a new member of the DC Comics characters: Naomi.

From writer Brian Michael Bendis, Naomi’s story takes place in an alternate universe in the DC Multiverse where Earth has been exposed to a type of radioactive energy that created metahumans and Naomi is the daughter of two of them. The series will star Kaci Walfall and will be released on January 11, 2022.

Set in the same Arrowverse, Superman and Lois sets a new story for Clark and Lois in which the Man of Steel has retreated to their old hometown of Smallville to raise their children. The first season was a success and the second part will arrive on January 11, 2022.

After The Suicide Squad, Christopher Smith, aka The Peacemaker, will return for more doses of involuntary humor and explicit violence from director James Gunn. On the series, Smith will work solo with Amanda Waller’s agency and will hit HBO Max with three episodes on January 13.

The fourth season of Young Justice is currently airing on HBO Max. Episode 13 was the last we saw in 2021, but the second part of the season (which will conclude the 26 episodes) will continue in 2022. The new batch of episodes of Young Justice has no release date yet.

After three seasons, Warner Bros. announced during DC FanDome 2021 that Doom Patrol will have a fourth season that will arrive sometime in 2022. Doom Patrol Season 4 does not yet have an official release date, but according to some reports, expected to arrive between summer and fall 2022.

The show’s third season concluded with a showdown between Negative Man (Matt Bomer), Cyborg (Joivan Wade), and Robotman (Brendan Fraiser) against the Brotherhood of Evil.

The third season of Titans It may have been the most chaotic of all with deaths, resurrections and new characters, and hopefully season four can continue that pace. While Season 3 of Titans premiered through HBO Max in the United States, in Mexico it is still part of the Netflix catalog.

The fourth season of Titans does not have a release date yet, but is very It may arrive in these parts in the fall of 2022.

At DC FanDome 2021 it was also confirmed that the third season of Harley Quinn will arrive sometime in 2022, to continue expanding the romance of two of the favorite characters of the fandome: Harley y Poison Ivy.

Spaghetti Code at Community Service is the perfect space to answer your questions about science, technology and pop culture. We accompany each week on our channel YouTube.