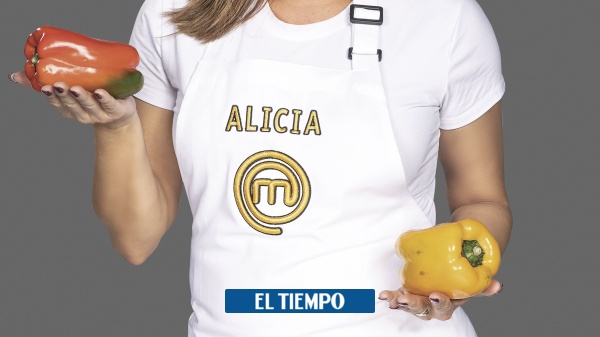 The ex-queen of Venezuelan beauty, Alicia machado, reported on social networks that he was a victim of xenophobia during program recordings MasterChef Celebrity Colombia.

Through Instagram, Alicia Machado, 44, spoke about her experience in the program MasterChef Celebrity Colombia, in which he recently participated.

The different affirmations were made through a video in the application and in a response that he left to one of his followers.

(You may be interested: ‘La Chilindrina’ would have had surgery to always look young)

Machado began by thanking people from RCN Channel for the job opportunity and for your support during the recordings.

Later in the video, the ex-queen expressed that she was not used to xenophobia: “Seeing the positive side: how good that I experienced so many episodes of xenophobia and envy and resentment against me, because that has given me the opportunity to definitely to realize a little problem that we Venezuelans are suffering from, “he said.

She added that at this time she is much more in solidarity with the situation of her compatriots and that she will continue to represent her country to the best of her ability.

“Thank God that this Show is over, what a shame of people. I am very sorry to have lived the violence, frustration and xenophobia that is breathed in Colombia firsthand,” began the answer that Machado left to one of his followers in days past.

The model and presenter clarified that it is a minority of people who, according to her, “should not be on television.” He thanked the RCN channel, but was dispatched against the presentation of the program, Claudia Bahamón and her friends.

(Also: The incredible story of a panther and a dog who are friends)

“Sorry for others Claudia Bahamón, I think before you were a cheerleader I was already shining in other skies. And yes, I always knew that I was in a culinary contest, the ones that weren’t your friends the petulant and xenophobic. Life takes many turns, little doll ”, concluded Machado.