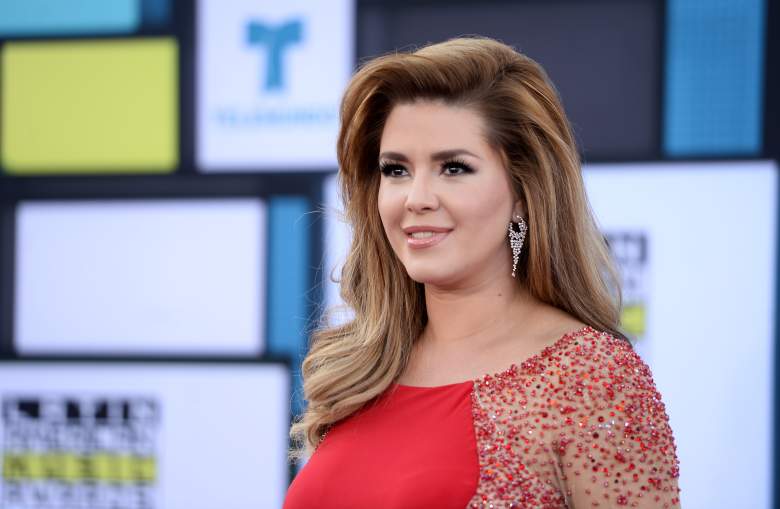 The former Venezuelan Miss Universe 1995, Alicia machado, in the last hours published through their social networks, a strong complaint against some participants and the presenter of MasterChef Celebrity Colombia 2021, Claudia Bahamon, of whom she said she had been a victim of xenophobia.

“Thank goodness this show is over. What a shame of people. I am very sorry to have experienced firsthand the violence, frustration and xenophobia that is breathed in Colombia ”, were the words of Machado.

Through a live video, shared through her profile on Instagram, the controversial exreina, alluded to the difficult moments that some of the participants of the Colombian cooking reality show made her experience, emphasizing that within the contest she always gave her best; that he always gave everything “on any stage and at all times”.

“Thank God many of the things that were done against me I did not realize, because I was focused on what was mine. What she wasn’t used to is xenophobia. Seeing the positive side: how good that I lived so many episodes of xenophobia and envy and resentment against me, because that has given me the opportunity to definitely realize a little problem that Venezuelans are suffering, “he said, adding” now I am more in solidarity with this situation, because for many I represent a voice ”.

You can see the full video below:

And, it is that it is from the beginning of the program, the audience could see how the group of Colombian women, the actress Carla Giraldo, the model Catalina Amaya and the singer Marbelle, put the Venezuelan aside, they did not get along with her, and it was learned that Carla giraldo He had a hard confrontation with the ex-queen when he called her attention, for treating the reality production staff badly.

From this group of friends, not to mention their names the Venezuelan said: “One, two, three or four flies, sometimes, damage a delicious dish”, ensuring however that his affection for the country remains the same.

But, in the same way that the actress and model complained about discrimination from her fellow competitors, Alicia also pointed out to the host of the program, Claudia Bahamon, of having the same discriminatory and arrogant behavior of her compatriots.

“Grief of others Claudia Bahamón, I think that before you were a cheerleader I was already shining in other skies. And yes, I always knew that I was in a culinary contest, the ones that weren’t your friends the petulant and xenophobic. Life takes many turns, little doll ”, Machado concluded.

The statements of the Miss Universe 1995, about Claudia, were given when last weekend, as a quote InfobaeAfter Claudia Bahamón’s question about whether she wanted to continue competing, Machado said yes, but that the atmosphere in the program was very heavy for her.

According to Alicia, Carla Giraldo and Catalina Maya were talking behind her back during the contest, which created an uncomfortable atmosphere in the program. A feeling supported by other contestants such as Mario Espitia, Liss Pereira and Ana María Estupiñán. However, in response to Alicia, Claudia Bahamón reminded the Venezuelan that she was in a cooking competition and not living together.

It should be noted that, in solidarity with Alicia, many of her followers through social networks, let the reality show contestant know of their sympathy and solidarity for the difficult moments she had to go through during the recordings of the program.

To which Machado replied: “I know that there is a wave right now in social networks regarding my participation in ‘Master Chef Celebrity’. I want you to know that my heart is still more committed to Colombia, my relationship with you is also for many years, my best friends are Colombians and it is a country that is now experiencing a difficult situation, but we are all going to move forward, “he said.

It is worth noting that the beginning of this controversial story is barely known, because the second part is just about to reach its hottest point, since the most famous singer of techno lane music in Colombia “Marbelle”, responded to the complaints from the queen.

The singer of the “Pearl Necklace”, posted on her official Twitter account, a very strong criticism directed at Alicia, where she shows her position of nonconformity for her statements, and explained that they were not friends of hers because she was a “rude person ”, And that furthermore“ he should also confess that we were not his friends because he invited us to prostitute ourselves with his friends who ‘are not drug traffickers’, but are ‘very good people’ ”, wrote the Colombian.

He should also confess … that we were not his friends because he invited us to prostitute ourselves with his friends who “are not drug traffickers” “they are very good people” https://t.co/BhqadguMgr

On these last statements Alicia Machado has not manifested, but if it is known that the former contestant of this reality, thanked the RCN channel and the production technicians for having had their participation for the program, and of which she said was “a great experience, more positive than negative ”, and pointed out that Colombia has wonderful and hard-working people.

Finally, the artist announced that she will soon return to the country with the “revenge of love and affection” to do what she knows how to do, which is to act, always showing respect and professionalism.

READ MORE: The emotional hug between Messi and Neymar after the Copa América final [VIDEO]