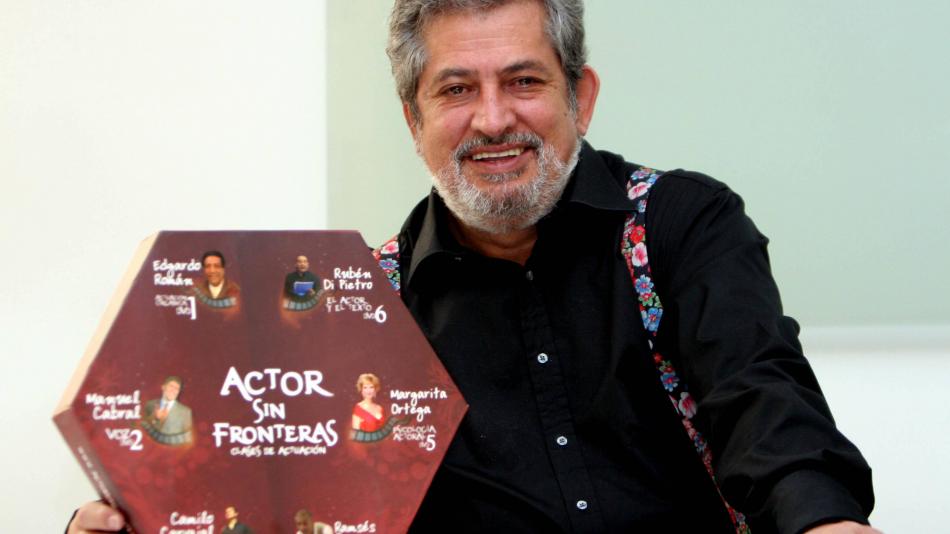 The director, actor and writer Ali Humar He died this Tuesday at dawn after a long battle at the Santa Fe Foundation, where he was admitted on June 14 after bronchitis derived from the coronavirus, according to his relatives. Likewise, they thanked the dozens of messages of strength they received in recent days.

Ali Humar will always be remembered for his good humor. And there are lots of stories about his humor, like the one that the librettist lived Julio Jimenez, to whom he made a ‘prank’ that forced him to change the script of The grandmother, one of the most successful soap operas of the 70s and in which Humar played a character named Benjamin.

At that time, the young Ali, the fifth of the nine children of a Lebanese and a Colombian, acted in several soap operas that were on the air at the same time. “And since I always looked the same, something crazy occurred to me. Before a recording, I went to a Barber Shop And I said make me bald I got to the studio, put on a prop mustache, and went out in search of the makeup room. When Julio Jiménez recognized me, he scolded me because I had to write again to justify my baldness and said that a concoction had fallen into my character’s hair ”.

Humar told that anecdote in his book It’s my version and I don’t change it, from Intermediate, a fun ‘collector’ of stories about someone who had a life to tell through many characters and who enjoyed doing what he did.

Julio Jiménez, despite being ‘muddy’, was always his friend and, over time, one of his great creative keys: Humar directed The crows Y Lola calamities, two of Jiménez’s most powerful hits.

You may be interested in: Farewell to Alfonso Ortiz: a source of infinite joy

Humar was also in charge of the most recognized productions of the late Coestrellas, such as Mrs. Isabel Y Bitter cups.

He was a great worker in a medium that loved and respected him. He had been married to Giomar Jaramillo for almost 47 years. He was the father of Valentina and Fabio. Alicia’s grandfather and actress Yamile Humar’s brother.

And with the latter he discovered acting. “Yamile was in the group El Búho, which in the 60s directed Fausto Cabrera, and I accompanied her. One day an actor was missing and Fausto asked me to make the replacement; It was something very small, but then I understood that this was my thing and I started studying. “

His official debut on the tables was with a character in the play The return of the unworthy old lady that, according to what he told this newspaper with his usual humor, “he said a single sentence: something like ‘Nitropentacus, sierenauico de teleneme'”.

Humar also wrote the book Since I remember, with his experiences at the Vallenata Legend Festival, in Eastern Europe during the Cold War, his talks with the actor Aldemar García in his casino, and several chronicles of his travels around the world. Because that was another of his great hobbies: traveling.

Precisely, the prologue of this book is from Margaret Vidal, one of her best friends, who wrote: “Throughout fifty years of seamless friendship, I can attest that Alí Humar is cultured, extremely intelligent, fast, sly and fortunate creator of sharp sarcasms. Disciplined, perfectionist, supportive and Loyal friend. Brilliant conversationalist, he plays with words and ideas and knows how to create an atmosphere of great suspense around him before his phenomenal conversations. Frank and reliable, he exhibits an oriental calm and makes those who love him and frequent him feel comfortable, happy to see him and that we begin to savor in advance the moment of bursting with laughter with his witticisms, his anecdotes and his myriad memories “.

Alí Humar was born on August 19, 1945 in Mesitas del Colegio, and when he started acting he wanted to dedicate himself only to the theater, but the lack of money led him to television.

You can also read: Alberto Jiménez, one of the first national TV gallants, died

Despite his good humor, he recognized that, in his day-to-day life as a director, he sometimes scold, and scold hard, but the bad temper did not last long.

For almost 20 years he directed Happy Saturdays, program he left in 2019 to dedicate himself to writing and other cultural projects. His passage through this humorous space was decisive to consolidate the laughter he gave to the viewers, the laugh he loved.

In 2008 he made an appearance on Without breasts, there is no paradise, like Pablo Morón. It was a short comeback as an actor.

Because his, definitely, was the direction. And as a movie lover, he applied his techniques in the soap opera The crows, repeating the action scenes, especially those that were related to vehicles at high speeds, until he achieved his ideal shot.

It also said that although today television is made with drones and great technology, in the first version of The maelstrom the bushes of the ‘jungle’ were stolen from the “Parque de la Independencia. The canoe had wheels and was pushed “, as he told EL TIEMPO.

When the pandemic began, he left Bogotá to take refuge on his farm to take care of his health. There, he played with Alicia, his granddaughter, who was his adoration.

And there he wrote. In Ya que me memoria, in addition to Vidal, he was accompanied by the journalist Julio Sánchez Cristo in the presentation. “It is impossible that a third book by Ali does not come. Giant anecdotes in humility and generosity with its protagonists, but especially overwhelming, of a reality that surpasses fiction; it is not known who the actor, the director, the announcer is, but, above all, the creator of a fascinating life who makes fantasy carambola between presidents, Vallenato legends, guerrillas, painters, bankers “.

Ali Humar set out on his final journey, to meet his great friends: Pacheco, Boris Roth, Bernardo Romero Lozano and Bernardo Romero Pereiro, with whom he made Colombian television great.