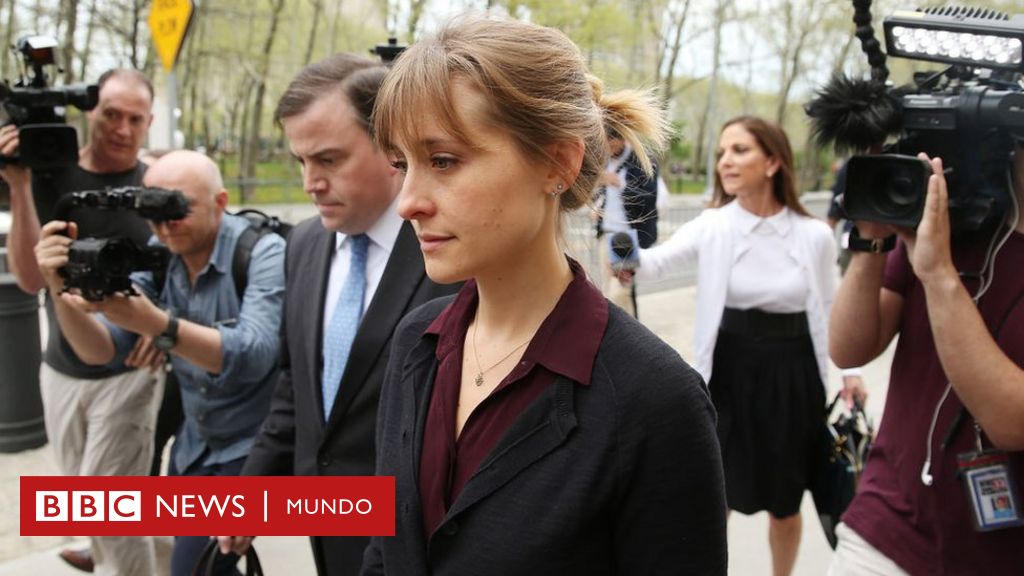 “The worst mistake of my life.”

This is how the American actress Allison Mack defined in a letter her participation in the Nxivm sect, for which she was sentenced to three years in prison this Wednesday.

The 38-year-old woman admitted extortion and conspiracy charges in April 2019 related to her role in recruiting women for the group led by Keith Raniere.

Last year, Raniere was sentenced to 120 years in prison for multiple crimes, including forcing women to be his sexual “slaves”.

Before learning the sentence, Mack apologized to his victims in a letter.

The letter was addressed to “those who have been harmed by my actions” and was presented in court by his lawyers, who asked that he not be awarded a prison sentence for his crimes.

“I gave myself to the teachings of Keith Raniere with everything I had,” he wrote.

“I believed, with all my heart, that Raniere’s mentoring was leading me to a better and more enlightened version of myself … This was the biggest mistake and I will regret it all my life“Mack continued.

“I apologize to those I brought to Nxivm. I regret ever exposing you to the dire and emotionally abusive schemes of a twisted man.”

Mack, best known for her role on the American television series Smallville, fled to Mexico with the group’s leader when authorities began to encircle them in 2018.

Since her arrest, the actress has been living at her family’s home in California, where she has taken college courses and worked in catering services, according to her attorneys.

Nxivm, pronounced “nexium”, is a group created in 1998 as a self-help program that claims to have worked with more than 16,000 people, including Emiliano Salinas Occelli, one of the sons of former Mexican president Carlos Salinas de Gortari (1988-1994) and Hollywood actresses like Mack.

Despite its motto of “working to build a better world”, its leader Keith Raniere was found guilty of orchestrating a “master and slave” system within the group.

What was the role of Allison Mack?

Raniere was at the top of this system and Mack served as one of its top delegates.

The recruited women were allegedly branded with Raniere’s initials and expected to have sex with him, as part of the system.

Mack collaborated with investigators and provided them with an audio recording of Raniere discussing details of a marking ritual.

In an ABC News interview aired Wednesday, one of Mack’s victims said she served Raniere as “the most charismatic co-leader anyone could ask for.”

“Her [Mack] dehumanized people. It was inhumane, “described India Oxenberg.

Remember that you can receive notifications from BBC News Mundo. Download our app and activate them so you don’t miss out on our best content.