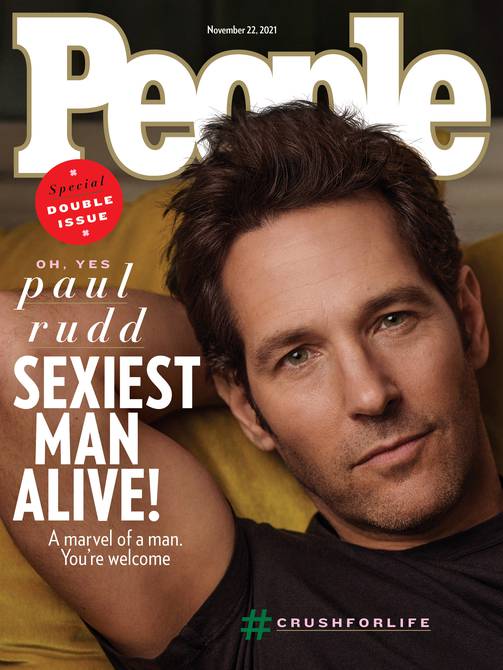 Every year, since 1985, the American magazine chooses what it calls the sexiest man on the planet.

American actor and producer Paul Rudd, known for his roles in films such as Romeo and Juliet or series like Friends, has been named Sexiest Man of 2021 by People magazine.

The 52-year-old actor has been classified throughout his career with all kinds of adjectives, “as kind, self-critical, affable or hard-working,” says the magazine, which includes a photo on its cover of the protagonist of The Ant-Man and announces this new “appointment”.

“I have enough conscience to know that when people find out that they will choose me for this (sexiest man), they will say: ‘What?’ “, assures the actor from New Jersey to the publication.

For People, that humility, along with his easy smile and green eyes, is what has made “audiences fall in love with Rudd over the past few years.”

The interpreter’s immediate projects are to team up with comedian Will Ferrell for a new Apple TV series called The Shrink Next Door and takes on one of Hollywood’s most prized franchises with a sequel to the Ghostbusters that will take the title Ghostbusters: Afterlife.

Despite his recent successes in the world of film and television, Rudd confesses to the magazine that what really makes him happy is his marriage, which is now 18 years old, and his two children.

“When I think of myself, I consider myself a husband and a father,” he says. “I just go out with my family when I’m not working. That’s what I like the most.”

Every year, since 1985, the American magazine chooses what it calls the sexiest man on the planet, a title that has previously been awarded to singer John Legend, and to actors Michael B. Jordan, Denzel Washington or Idris Elba, among others. (I)