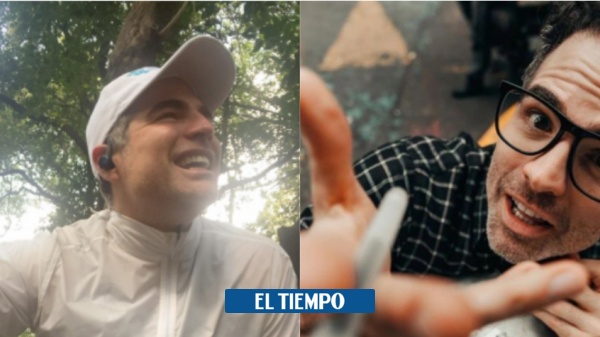 The renowned actor was honest about his sexual orientation.

The renowned actor opened up about his sexual orientation.

The artist spoke about his sexual orientation in a video of almost nine minutes.

“I had never talked about this because it seemed irrelevant to me,” the Ecuadorian actor begins by saying. Roberto Manrique about your sexuality.

In a video of almost nine minutes on his account Instagram, Manrique told his followers that it is homosexual and that she has had a stable partner for eight years.

Although for many it was not a secret his homosexuality, the actor noted that he “felt the urge” to share it with his followers. “Robertito grew up in a world that was not, in which crying was not a man’s thing,” he says in a section of the video.

“It had never seemed important to me to say that I am homosexual because I really considered that it is irrelevant, that there are other aspects of who I am and that is the priority,” he adds.

Robert Manrique She is 42 years old and in addition to acting, she has dedicated herself to modeling. Among other television productions, he has participated in ‘Without breasts there is no paradise’, ‘The black widow’, ‘The gentlemen prefer brutes’, ‘The taxi driver’ and ‘The clone’.

Here is the video of the actor Roberto Manrique:

The ‘galan’ of MasterChef Celebrity had a bad day

Martín Karpan and his return to television twice

MasterChef: how much is it worth to eat at former participants’ restaurants