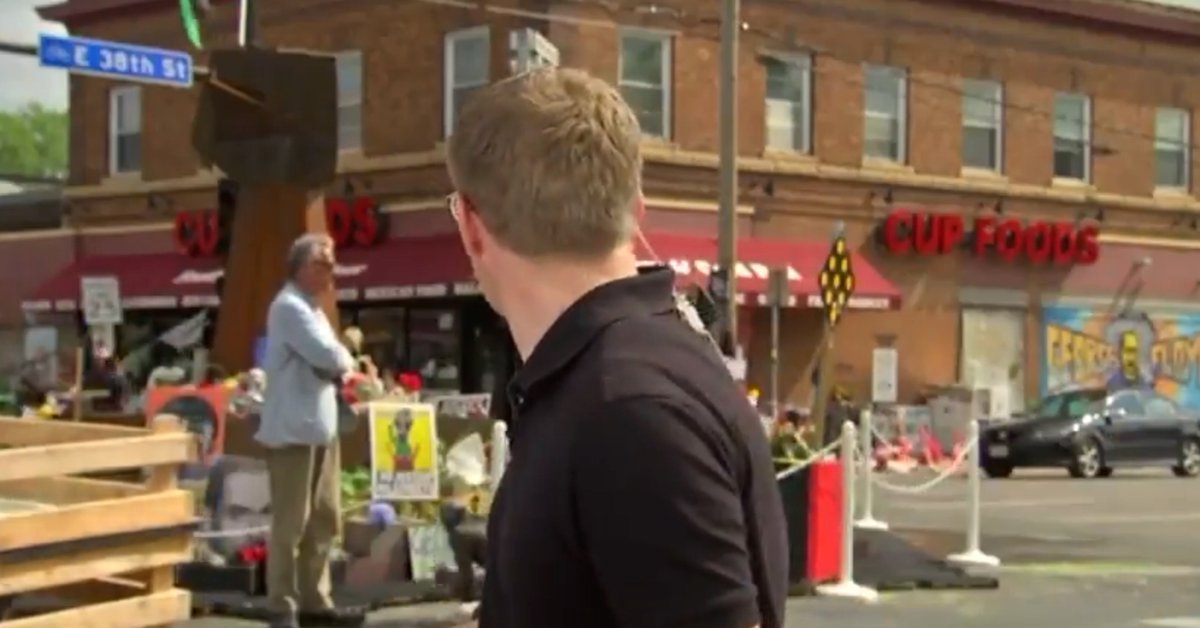 One person was wounded in Minneapolis Tuesday after shots were fired at the scene of the death of African American George Floyd., in an episode that was recorded by television cameras.

Several media were in the place due to a congregation being fulfilled one year after Floyd’s murder. The journalist from AP, Philip Crowther, is the protagonist of one of the videos that circulated on social networks because the shooting begins at the moment in which he is presenting the news for the cameras.

The detonations began shortly before 10:00 local time, sowing panic. In the video, people are seen running for shelter. What’s more, several showcases were destroyed by bullets.

A spokesman for the Minneapolis Police explained that recorded about ten shots near the square now known as “George Floyd Square”, right at the corner of 38th Street and Chicago Avenue, where Floyd was assassinated by then-agent Derek Chauvin.

Shortly after a bullet-wounded individual presented himself at a nearby hospital but his life seems not to be in dangerElder said in writing to the agency AFP without giving more details.

May 25, 2020 George Floyd died on a Minneapolis street asphyxiated by the knee of white police officer Derek Chauvin.

Chauvin, who pressed his knee against Floyd’s neck for more than 9 minutes, was found guilty last April of all three charges facing: second degree involuntary murder, punishable by up to 40 years in prison; murder in the third degree, with a maximum sentence of 25 years, and involuntary manslaughter in the second degree, that carries up to 10 years of deprivation of liberty.

Since he has no criminal record, could only be sentenced to a maximum of 12 and a half years imprisonment for each of the first two charges and 4 years in prison for the third. The reading of his sentence will take place on June 25.

Activist Tommy McBrayer at an event at George Floyd’s death, which was the scene of a shooting (Photo: REUTERS / Nicholas Pfosi)

Floyd’s death shook America and plunged him into demonstrations against racism and police brutality. At the end of the first year, various commemorations and a visit by the Floyd family to the White House.

According to videos of the moment, several dozen people were in the square offering their respects and praying for Floyd on the anniversary of his death on May 25, 2020.

In Minneapolis the atmosphere is tension, especially in the corner that was the scene of Floyd’s death and agony, whose images traveled the world.

Never reopened to circulation, the corner is occupied by anti-racism activists who turned it into a memorial on which wall paintings are imposed.

The police are not welcome there. During the night, shots are frequently heard that, in a year, left a dozen people dead or injured, according to the police.

A view of George Floyd Plaza after gunfire was heard in the area. Minéapolis, Minnesota, USA, May 25, 2021 (Photo: REUTERS / Nicholas Pfosi)

With information from AFP and EFE