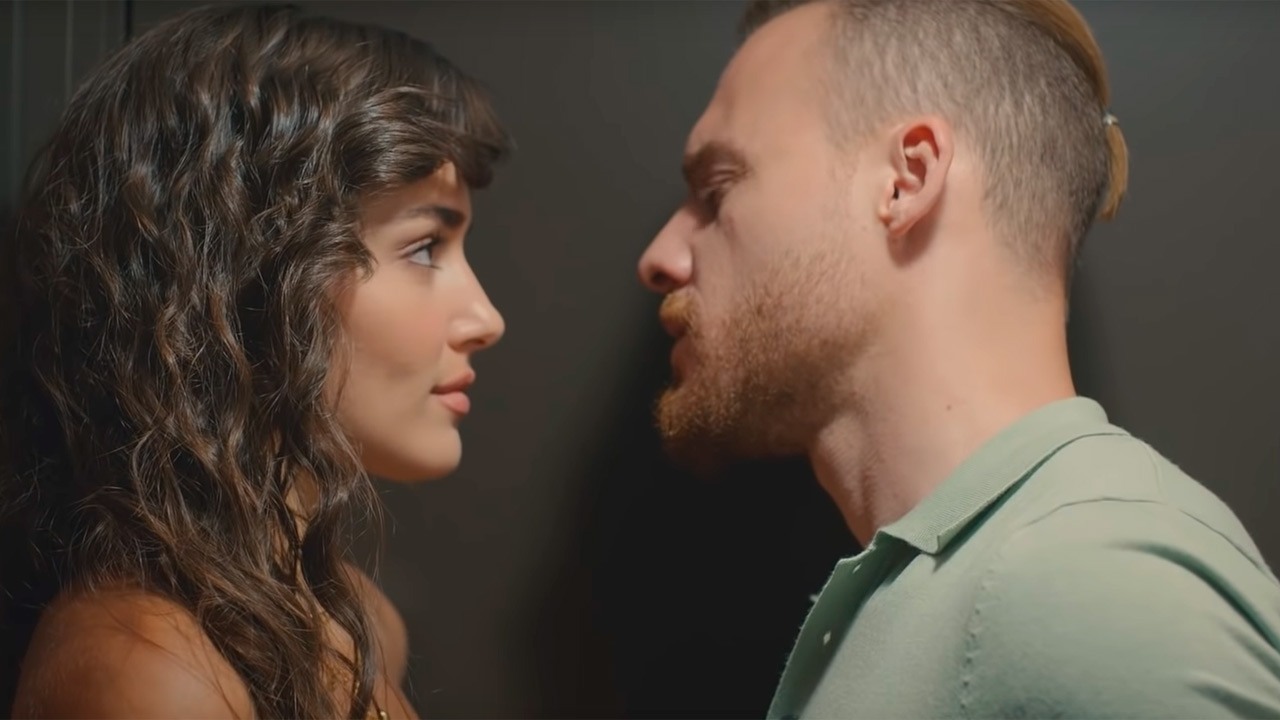 Kerem Bürsin and Hande Erçel continue to investigate the relationship of the leading couple of the Turkish soap opera. In their country of origin they are immersed in the second season.

Serkan Bolat (Kerem Bursin) and Eda (Hande Ercel) have started living under the same roof by order of the judge, who has decided that it was the best for Kiraz. The leading couple of Love is in the air is still getting over the reasons why they separated five years ago and that is that it is not every day that you discover that you have a daughter. This is what the businessman has had to face, who has met the little girl long after she was born. Season 2 of the Turkish soap opera is on air in Turkey and this is what is currently happening.

The two have started living with a rule: they will be together for two days, but if Serkan finds out that Eda is lying about anything he will stay for 2 weeks. She pretends to be opposed to the idea, but is actually happy. She is falling in love with him again and she doesn’t want him to know it. Since they have promised to tell only the truth, they ask Kiraz if he wants to ask them something, and he bluntly asks his mother if she loves Serkan Bolat.

“Of course I love him because he is a good person. An intelligent and receptive person. But sometimes, when problems arise, instead of solving them, it is locked. What The little Prince. He also traveled through planets and only then did he realize it, “confesses the landscaper.

They are not together, but the friction between the two during these days is having an effect and they are getting closer and closer. They make confessions, they wake up hugging, they enjoy each other … In fact, Serkan asks Eda if the three of them will travel to Italy together. While they reluctantly make plans for the future, she continues to maintain that she cannot bear having him in her home … until the lie is uncovered. Serkan overhears a conversation he has with Melo (Elçin Afacan) and learns that he is actually very comfortable.

The episode shows that that cold Serkan without wanting to compromise has already been left behind. He is looking forward to family life with Eda and Kiraz. In fact, you start planning a house to live in together. He is very excited about his new facet as a parent, although he still has a lot to learn. Above all, not to pressure yourself. After Kiraz eats some strawberries that take her straight to the hospital, he feels terrible. This situation encourages a new rapprochement between the couple, as they support each other in a tense moment and come together to be there for their daughter.. “It’s good that you came back from space”says the little girl to her father.

Visiting the hospital is for something else: It turns out that Serkan’s father is not his real father and, in reality, it is the result of her mother’s relationship with Mr. Kemal.

This is how things stand for the next episode of season 2 of Love is in the air. In Spain we are in the final stretch of the first installment, just after the wedding between Eda and Deniz has taken place. We do not know when the new chapters will begin, but there is little left for Telecinco to issue the time jump that will change everything in the couple.