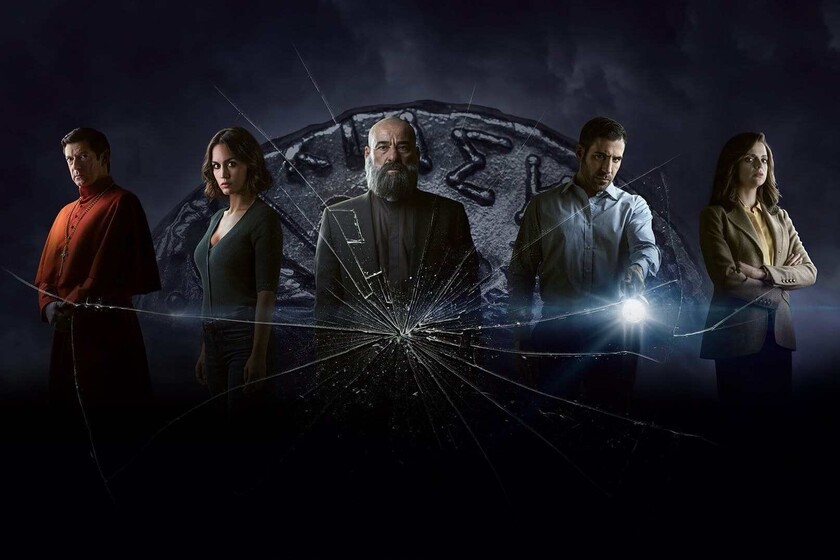 Those of us who enjoy the series of HBO and from its cocktail of possessions, witchcraft, sects and lovecraftian horrors we are left with a lot of desire for more after an eighth episode that left the doors open to a continuation that, to this day, continues to be unknown; but with the rumors about the second season of ’30 coins’ resounding louder and louder —although still in the air—, we are going to collect what —little— we know about her.

Notice that, for the moment, information is scarce, but as we get to know more details, we will collect them all well ordered around here, do not make me angry.

When we talk to Álex de la Iglesia and Jorge Guerricaechevarría In the last edition of the Sitges Festival, the director recognized that the original idea from the beginning was to make a trilogy. Specifically, he commented that
“When we started to write we already had that kind of altarpiece in our heads, that kind of brutal triptych, and we’re working on it”.

Knowing this, and taking into account how the first season was shelved, with Eduard Fernández’s father Vergara and Manolo Solo’s perfidious Santoro very dead after falling into the void – and this is seen on camera, so there is no doubt that your destiny-, the second part of ’30 coins’ is likely to focus on the bulk of survivors, except last minute resurrections or visits to the past.

After eight episodes in which Macarena Gómez’s Merche opposed to become the great villain of the function, the character ended up fleeing Pedraza with the disturbing Lagrange, taking with her one of the coins on which the series revolves; so it would not be unreasonable for this duo to face Miguel Angel Silvestre’s Paco and Megan Montaner’s Elena, who would occupy the light side of the scale.

Harder to prophesy is the role that Angelo will have, the character played by Cosmio Fusco, who went for a walk in New York after changing his appearance and adopting the form of an Asian man. The international dyes that have marked the plot so far, it seems that they will be maintained, yes.


Beyond the director / writer combo, we continue with the unknowns. The only thing we can assure for sure is that Álex de la Iglesia will once again take control of the hypothetical second season with his friend and head scriptwriter Jorge Guerricaechevarría, with whom he has been collaborating for eons.

On the other hand, the name with the most ballots to return within the technical / creative department is Pablo Rosso, a cinematographer who knows very well how to dress a horror movie or series and who has just finished his new job with the church, ‘Veneciafrenia’, which can be seen at the 2021 Sitges Film Festival.


Let the speculation not stop! As we discussed in the section on history, a priori, the deaths of Santoro and Vergara Eduard Fernández and Manolo Solo are left out of the game, which would only return to flashback or miracle.

Those who are expected are those mentioned Megan Montaner, Miguel Ángel Silvestre, Macarena Gómez and Francisco Reyes, leaving the unknown as to whether Angelo will incarnate again in Cosmio Fusco. Nor would the return of Pepon Nieto like Sergeant Laguna, from Javier Bódalo like Antonio and some recurring secondary players who survived the escabechina in Pedraza.


At the beginning of September, certain rumors surfaced that suggested that the shooting of 30 coins would give the starting signal throughout the month of October, but the thing could be much more in the air than it seems. For our part, we have contacted HBO, but they have declined to comment.

What is clear is that Álex de la Iglesia and Jorge Guerricaechevarría are closing the latest versions of the scripts of the season, as the director published a few days ago on his Twitter account.

No shooting start date and without knowing the status of the pre-production phase, impossible to calculate a potential release date. If we start shooting before the end of the year, we can forget about going back to Pedraza, at least until the fourth quarter of 2022.

Of the trailer we’ll talk when, at least, they have started shooting …