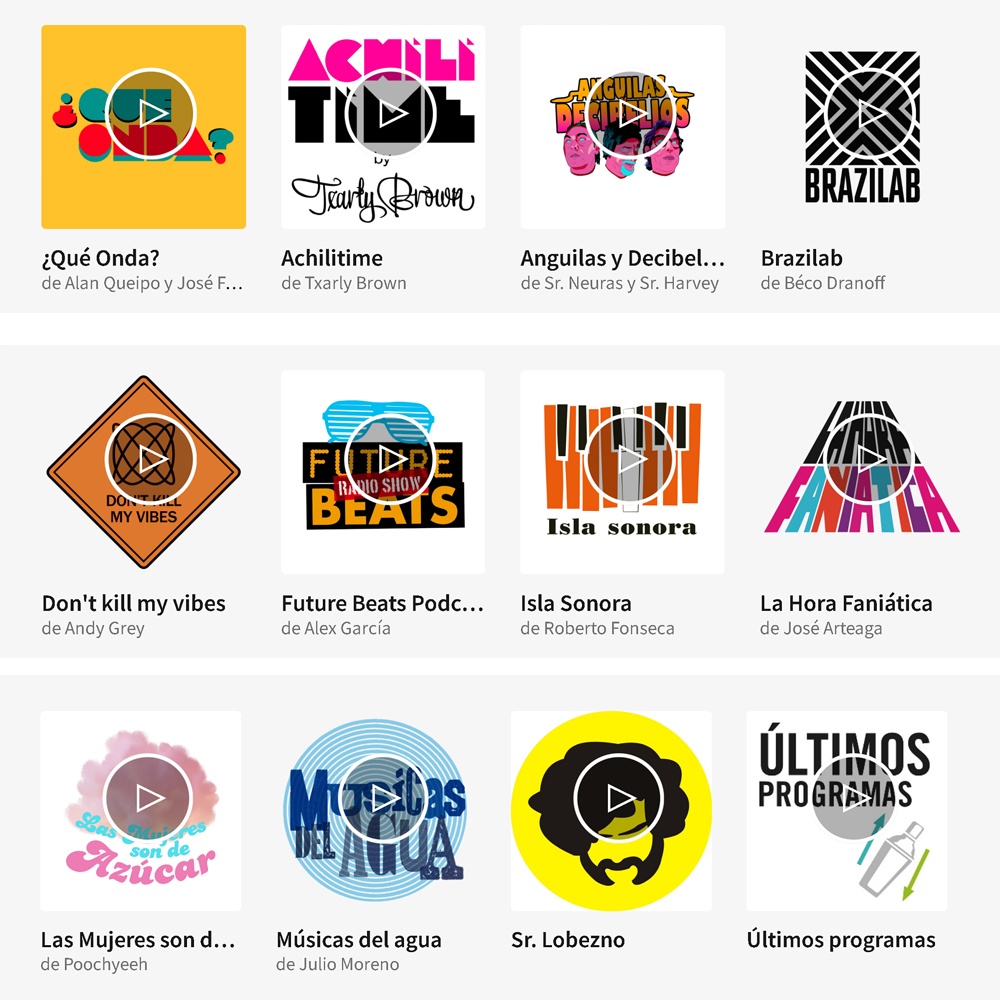 A Latin music legend, Charlie Palmieri, and the recently deceased Panamanian singer Meñique, recorded an album entitled Salsa y Sabor, which was heard by thousands of people in La Fanatic Hour. Thanks to the unconditional supporters of one of our flagship programs. In What’s up? really liked the Pop Wave Mexa + Latin Ambient special. Alan Queipo and José Fajardo showed there the new music of Mexico and the trends among the youngest artists. What’s up? Always shaking off the cliches The greatest rumba expert out there and who always tells things the way they are, Txarly BrownA superb Achilitime entitled Kinky Anthems, rumbas with lyrics that are somewhat sordid or incorrect nowadays, “wore himself”. Worthy of prison or exile. What is art without freedom? He wonders. The boys of Eels and Decibels They dedicated a special to International Jazz Day. Valencian DJs always share those classic sounds with electronic treatment and the air of a cinematographic soundtrack. In Don’t Kill My VibesAndy Gray went back to his poison count and told us about antimony. They say that perhaps Mozart died from taking it in excess to fight the fever. Is not safe. The truth is that Andy made a selection of songs to go crazy as if it were antimony.

Future Beats Radio Show, with Alex García at the helm, offered us an exciting panorama around the globe with advances and news of the most restless and exciting music. Gabriel Ríos, Devendra Banhart and La Femme, among others. Sonora Island, with Roberto Fonseca at the helm, had a sensational debut because the exalted Cuban pianist made a journey through the past and present of Caribbean jazz and through the work of true heavyweights of music such as Arsenio Rodríguez. Another show that debuted was the Poochyeeh, Women are made of sugar. In her second special, she told us about female warriors who do especially well when it comes to fighting both internal and external battles. Julio Moreno broke the record for listening to Water Music with his Verano en Clave Tranquilo, a program of songs that are apparently calm, but as soon as you pay attention to it, you will notice its musical richness and its varied rhythms.