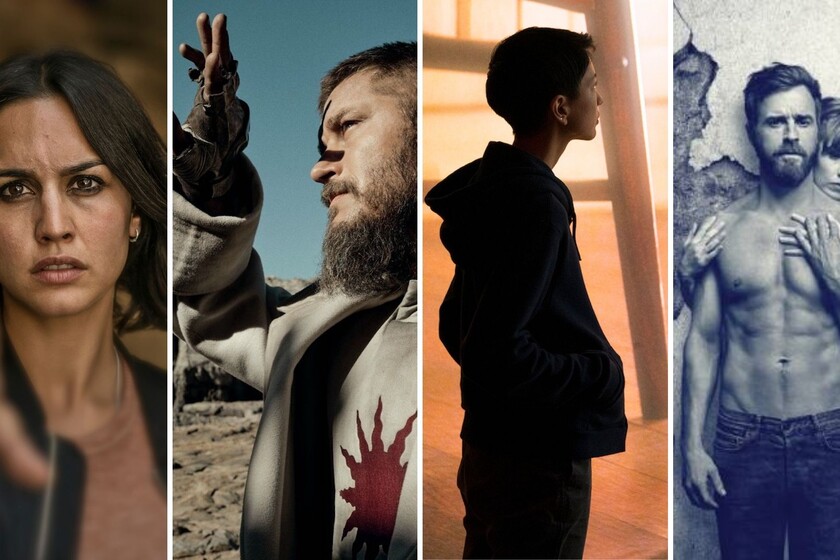 HBO has deserved prestige as a creator of high quality content. It revolutionized television series decades ago and productions like ‘Game of Thrones’ have been in charge of preserving that fame. Today we browse through its catalog to select 13 series of science fiction and fantasy, classic and not so classic, that are worth recovering and reviewing … or seeing for the first time.

Possibly one of the best science fiction series which you can access not on HBO, but on any platform of streaming actual. This Ridley Scott series drinks something in aesthetics and some nightmarish sequence from ‘Prometheus’, but the story goes the other way, with a future without much hope for humans where a couple of androids have the mission of giving life back to the species.

His future is in question now that Joss Whedon’s prestige is not at its best, although the creator of ‘Buffy’ left the series in the middle of its eventful first season. The result, however, holds the type very well and is an interesting reformulation of superhero fictions passed through a feminine and victorian filter. Very interesting characters, first-rate action and a different vision of a hackneyed subject.

Of course. The flagship series of television fantasy, not only on HBO, but in general, is complete on the platform for you to devour over and over its eight seasons. With spin-offs just around the corner, it might not be a bad idea for you to devour the palace intrigues hatched (at first, at least) by George RR Martin.

After an intriguing first season and a second very ambitious and complex, the Jonathan Nolan and Lisa Joy series seems to have lost some steam and we will have to wait to see if it comes back in the fourth, already announced. At the moment you have one of the most luxurious recent series on artificial intelligences, full of suggestive and disturbing ideas thanks to its starting point of an amusement park with humanoids at the total service of humans and with a first-rate cast.

Irregular like her alone, but still, a very estimable series by Álex de la Iglesia that partly recovers the trotting spirit and road movie Satanic from ‘The Day of the Beast’. With as many successes as problems, sometimes simultaneous and thrown at the viewer with the same energy and lack of complexes, the final sensation with this story of a supernatural conspiracy to get the 30 coins that Judas received for betraying Jesus is that of having ridden a spy roller coaster that has burned all the bridges. Something that we are not used to seeing in Spanish series, that is undeniable.

It may seem that we are continually recommending this wonderful Alex Garland miniseries (‘Annihilation’, ‘Ex Machina’), but no wonder: under a technothriller surface with a soft layer of satire of the Silicon Valley corporations there is a splendid reflection on humanity and its limits. An enigmatic and demanding joy, but at the same time very accessible, splendidly shot and performed and that enters without problems among the best science fiction productions of recent times.

If Disney + is the place to go to consume Marvel, without a doubt HBO is the place where the DC heroes are, and more that will arrive as series licenses expire on other platforms (such as’Titans‘or’ Arrow ‘, which are on Netflix). Over here you have, among others, ‘Supergirl’, ‘Batwoman‘, ‘The Flash’, ‘Superman & Lois‘, ‘Krypton’, ‘Doom Patrol‘, ‘Stargirl‘,’ Legends of Tomorrow ‘and, as icing on the cake, a couple of special cases: the unclassifiable’Watchmen‘, absolutely mandatory whether you are interested in superheroes or not; and ‘Legion’, a hyperexcentric Marvel rarity bordering the mutant universe.

A series whose impact we cannot yet fully gauge, but which has conditioned and influenced much of current science fiction. Her feminist message and her dystopian vision are already unfolding four seasons, which although they begin to show symptoms of exhaustion, continue to draw a loyal audience. The story of a future society in which part of the women are forced to procreate in the service of infertile rich people has been as foreboding as it is chilling.

A Mild and very political dystopia from one of the creators of the current reworking of ‘Doctor Who’, Russel T. Davies. In this six episode miniseries At the BBC we follow a family throughout fifteen key years in the development of society, with political and technological changes that will mark it forever. Extraordinary Emma Thompson as Machiavellian matriarch of the Lyon family.

HBO is a true paradise if you are interested in animation for adults or, simply, that which partly distances itself from the usual repetitive mainstream codes. Adult Swim is a splendid reserve of series like ‘Robot Chicken’, obligatory if you are interested in animated science fiction, but none like ‘Rick and Morty’, currently in its fifth season So what it does not lose a bit of bellows as one of the most daring and delusional genre proposals -animate or not- of today.

‘The Ministry of Time’

Few presentations needed the great milestone of the fantastic Spanish television of the last few years. Fortunately, unable to renounce its typically Spanish character, while still injecting traditional customs even in the most despondent plots, the series has a unique personality when it comes to raising its argument: officials travel through time to correct divergent timelines (making it a pseudo-ancestor of ‘Loki’).

Just canceled after just a first batch of episodes, this series Greatly adapts Matt Ruff’s book of the same title and rethinks Lovecraft’s mythology reformulating its racist subtext. With very powerful imagery and an excellent cast, the series is a supernatural journey through the still secessionist United States of the 1950s that forces us to rethink topics of fantasy deeply ingrained in the world. fandom.

Damon Lindelof, co-creator of ‘Lost’, gave the chest do With this series that despite not sweeping the audience at the time, has ended up acquiring a very interesting cult category. Everything starts with a high-concept book, in which large numbers of people disappear in a global event. The action takes place three years after the disappearance of 2% of the world’s population and focuses on the effects of that inexplicable event.