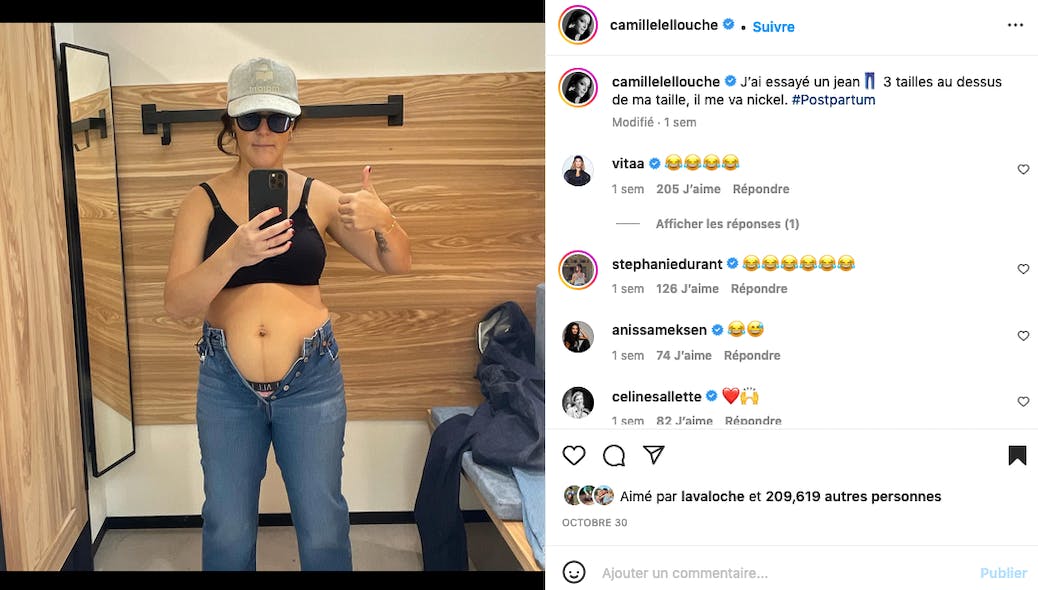 Like every Friday, we hear from our favorite people. If you missed this week’s headlines, now’s the time to update! We start our weekly slideshow with a photo as we like them, both full of humor and honesty. A month after giving birth to baby Alma, Camille Lellouche unveiled her postpartum body for the first … Read more

Before the new adaptation of Hercule Poirot with Daniel Craig, what were the international roles of the heroine of Ten percent? We take stock of the career of the actress, recently highlighted by Les Rencontres du Papotin. After Murder on the Orient Express and Death on the Nile, a third adaptation of Agatha Christie will … Read more

After giving the reply to Brad Pitt and Marion Cotillard in “Allies”, Camille Cottin continues her international career with “Stillwater”, where she forms a duet with Matt Damon. During her first reading with her partner, the actress was intimidated, fearing to talk too much about him. Stillwater : Matt Damon arrives in Marseille In 2021, … Read more

Bill Baker (Matt Damon) and Virginie (Camille Cottin) in “Stillwater” (2021), by Tom McCarthy. UNIVERSAL PICTURES CANAL+ – FRIDAY AUGUST 19 AT 9:00 P.M. – FILM Cinematographic crossings between the Old and New Worlds are perilous. We therefore salute the success of the passage for Marseilles (to borrow the title of a film in which … Read more

Guest of Jimmy Fallon on March 16, actress Camille Cottin revealed an anecdote about her relationship with Lady Gaga during the filming of the film House of Gucci. In this film released in November 2021, the French actress plays the role of Paola Granchi, the new companion of Maurizio Gucci (Adam Driver) after his divorce … Read more

The second season of “Emily in Paris” focuses on Camille’s (Camille Razat) resentment towards Emily (Lily Collins) after she found out that her friend had an affair with Gabriel. After that, Razat commented that he would like his character and Emily’s to be partner. In addition, he admitted that it would be “a great story” … Read more

In two films, including one with Matt Damon, Camille Cottin made her debut in American cinema. This Friday, October 8, 2021, French Meryl Streep talks about his success, in the columns of Elle magazine. The “Bitch” made his way to glory. Accomplished actress, Camille Cottin has seduces American directors, to Hollywood actors. Featured at new … Read more

Crdits photo : TMC From the Parisian artistic agency of “Dix per cent” Hollywood, there is only one step! Charismatic Andrea Martel in the popular series of France 2, Camille Cotin is the new darling of American cinema. At the last Cannes Film Festival, it was alongside Matt Damon that the French actress walked the … Read more