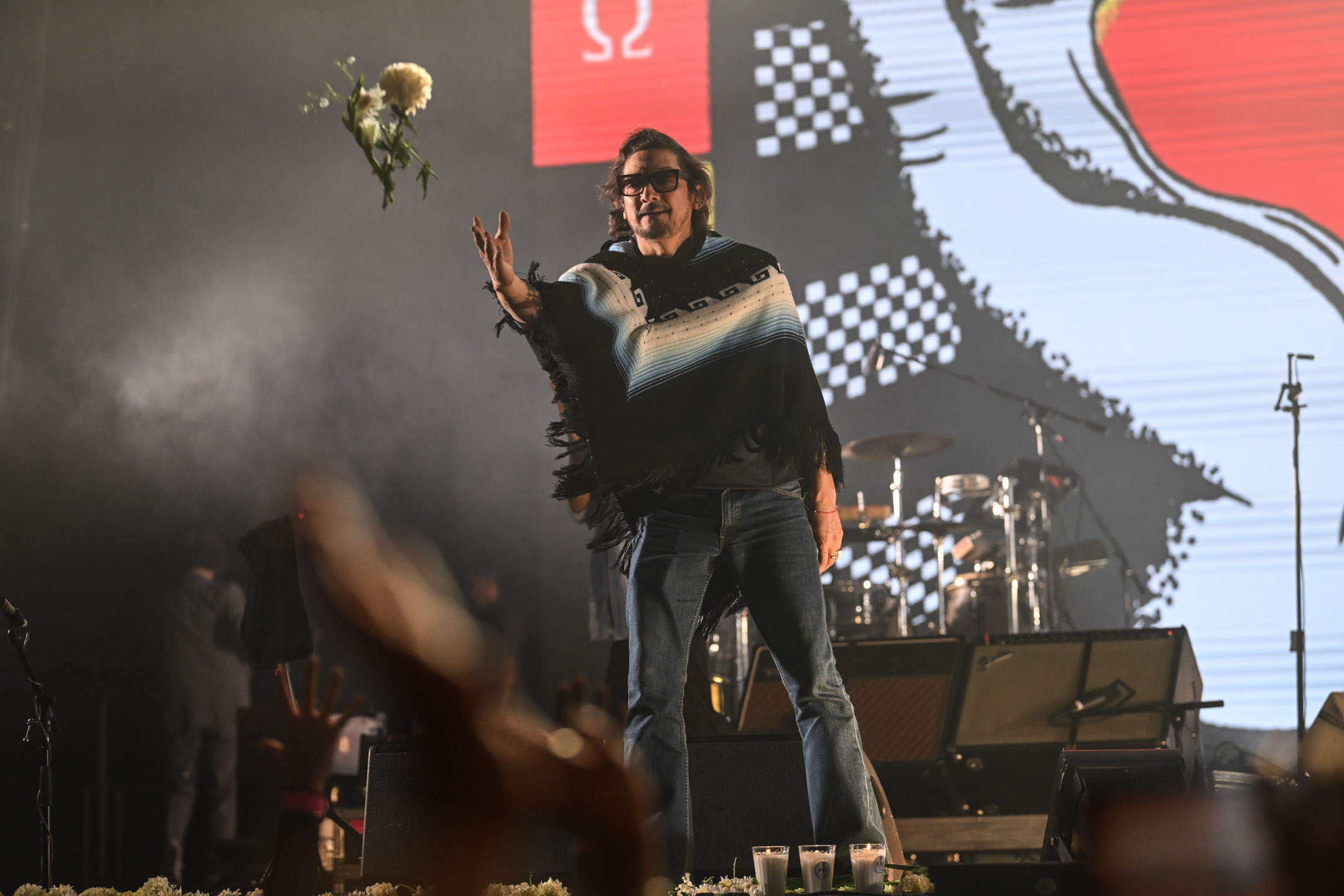 Zoé had her second concert at the Palacio de los Deportes on November 11 and they asked for a moment of silence for the young women who died a day earlier. (Photo: @zoetheband)

This Friday November 11th, Zoe had its second presentation at the Palacio de los Deportes, tonight’s show was dedicated especially to the sisters who died after falling into an open drain near the Metro Velodrome in the mayor’s office Iztacalco, when they were going to the first of the three concerts scheduled at the venue.

The vocalist of the alternative rock group published a message on his social networks, where he said that tonight he will dedicate Zoé’s concert to young women.

The band appeared on stage and performed their first song, followed by Leon larregui He took the microphone and reminded the victims that the night before, they died on their way to their first concert. A small altar was also placed with white candles and flowers at the foot of the band as a tribute to the young fans.

Zoé dedicated her concert to the victims, in addition to placing white flowers and candles on stage. (Photo: @zoetheband)

“Rocanlovers, we are deeply shocked and saddened by what happened yesterday. We offer a very heartfelt and respectful condolences to the family of Sofia and Esmeralda. We hope, rather we demand that the responsible authorities take charge of this and never happen again”, requested the vocalist.

I think we can do a moment, I’m not going to say a minute, we can do a moment of silence for these two girls… for what happened yesterday. And this concert is dedicated to Sofía and Esmeralda, wherever they are and to all the women of Mexico.

Next, the attendees and the band offered silence to remember the fans who died and continued with a shower of applause as Larregui also mentioned all the Mexican women. Without a doubt, it was a very emotional show due to the situation, in addition to the fact that they included several of their hits and classics that stirred the deepest feelings of their followers.

According to preliminary reports, the girls were sisters and, due to the lack of lighting in the area, they did not notice the well.

It is worth mentioning that early this Friday, the singer León Larregui mourned the death of the two sisters through his Twitter account, where he sent condolences to the girls’ family.

I have been dying of sadness since last night after learning of this tragedy, my deepest and most heartfelt condolences to the families of Sofia and Esmeralda, and we demand from the responsible authorities, actions that prevent this type of irreparable misfortune.
We will honor them tonight!! L⚡️F

“I’ve been dying of sadness since last night after learning about this tragedy, my deepest and heartfelt condolences to the families of Sofia and Esmeraldaand we demand from the responsible authorities actions that avoid this type of irreparable misfortunes. We will honor them tonight!! LF”the clearly affected vocalist wrote.

They were two sisters, one of 16 and another 23 years oldwho died after falling into a drain that had no protection, while they were going to the Palacio de los Deporteswhere the grouping Zoé was opening her first date. The incident occurred down a Pedestrian bridge which is at the intersection of Viaduct and Indigo.

The sewage register to which the young women fell was located a few meters from the bridge that connects with the station Velodromethe closest to the compound to which both victims of this fatal incident were transferred.

“If I had known, I would not have bought their tickets. […] I need to see them, know what happened to themThe police won’t let me pass at the checkpoint, I just want to see them. Please, they are my daughters,” asked a woman who arrived at the scene and identified herself as the mother of the young women, according to reports by journalist Jorge Becerril.

The first versions of the events that circulated among elements of the Secretariat of Citizen Security (SSC) and the emergency bodies, indicated that around 8:30 p.m. this Thursday, the women were passing through the area, which lacks lighting.

Because of this, They did not see the path clearly, so one of them fell, and when her sister tried to help her, she also fell into the drain, which caused both of them to drown.

León Larregui demanded justice for the young women who fell into a drain and died in the Metro Velodrome
CDMX is already investigating the death of young people who went to a Zoé concert and fell into a trap
Vanessa “N”, allegedly involved in the feminicide of Ariadna Fernanda, was linked to the process

Mario Lopez looks for the new members of the iconic band Menudo
Great concert by the Philharmonic Orchestra to celebrate Bogotá's birthday
Concerts, festivals, fairs and gastronomic routes, among the previous activities for the 201 years o...