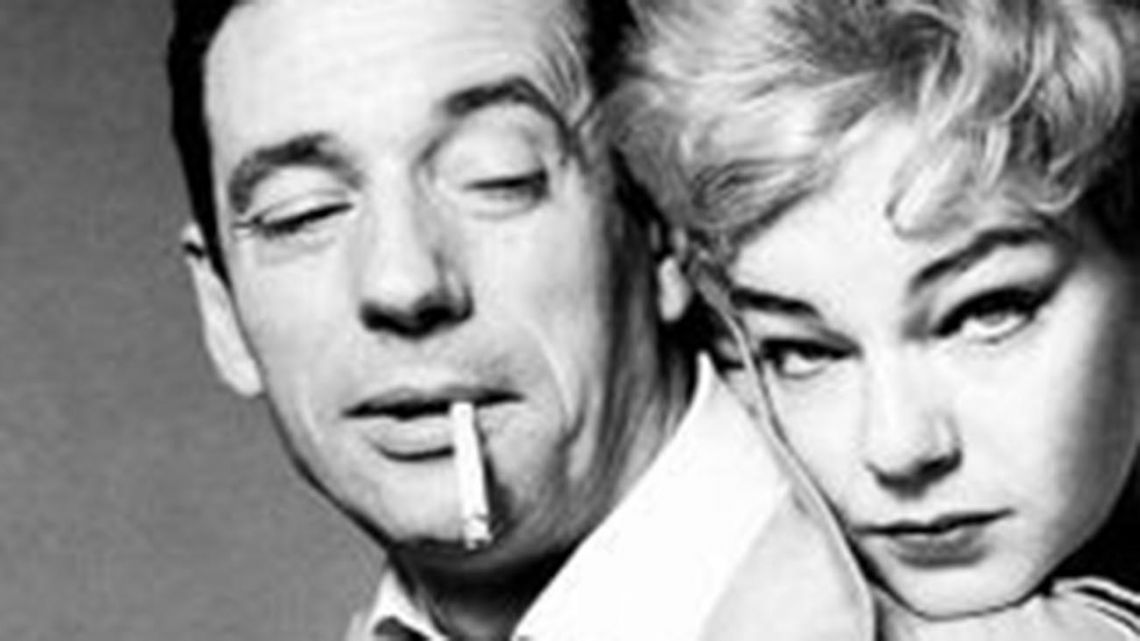 30 years ago, on November 9, 1991, he died of a heart attack Yves Montand while shooting the movie IP5: the island of the pachyderms (Jean-Jacques Beineix). The actor and singer, who had discovered Edith Piaf and was famous in France, was actually Italian, his name was Ivo Livi, and he was born on October 13, 1921, in Monsummano Terme, Italy.

Yves was born into a modest family. He was forced to earn a living from the age of eleven, working as a laborer in an oil warehouse and later as a dock loader.

When Ivo Livi’s parents applied for French citizenship, they argued that they had escaped the Mussolini regime in Italy. “The family pretended to be politically persecuted and was actually looking for a better future than that offered by postwar Italy,” said Eduardo Carelli, Professor of History at the National University of San Juan.

“The Livi family fled from fascism in 1921. Fascism in 1921 had not reached the government; that would happen later, on October 28, 1922. The fact is quite questionable. I think they used it a bit to legitimize themselves in Marsella. In other words, we are politically persecuted and we obtain a slightly more preferential situation ”, Carelli stressed.

“Actually, it seems to me that they were escaping from the povertyI actually think Yves used it to place himself intellectually in the artistic world. This supposed leftist past, when he already became what Yves Montand was, showed his true ideology. Was a right man, very close to the thought of Ronald Regan. Completely anti-communistHe said that he became disenchanted with communism from the events of 1956, the uprisings in Hungary, Chescolovachia and those that followed. I believe that he was never a communist and applied for French citizenship in 1921 ”, explained Prof. Carelli

In 1938 he chose the pseudonym Yves Montand, to hear his mother yelling at him through the window “Ivo, Mount (I went up!)”.

After the Second World War he worked as a singer in the south of France until he managed to perform in the theaters of Paris helped by Edith Paif, who he met at Moulin Rouge.

Edith Piaf, who knew the streets of Paris since he was 15 years old, singing in canteens, bars or wherever, sponsored Yves Montand when fame started to be kind to her and they both maintained a love relationship.

His love life was a talk of the gossip magazines of his time, for a long time. Anyway, his longest relationship was with the actress of Jewish origin. Simone Signoret, for 35 years.

They had met in 1949 and were married in 1951. Yves Montand’s first famous film was The salary of fear (1952) directed by Henri Georges Clouzot. Then Montand went to the United States, to film The billionaire‘ next to Marilyn Monroe. With Marilyn kept a brief love affair. His most famous songs are “Les Feuilles mortes” and “Une Bicyclette”.

Then he married Carole Amiel, who was his personal assistant, and with her he conceived his only son, Valentin, in 1988.

When he turned 60, in 1981, Yves Montand announced his retirement from the world of song with a series of recitals at the Olympia theater in Paris and a tour of the United States.

Ten years later, and already a widower of Simone Signoret However, he missed the stage and, from his home in St Paul de Vence, in French Provence, he prepared his musical comeback, while enjoying his return to the film sets. However, he did not get to sing or see the premiere of the film.

When he suffered a heart attack during filming from Jean-Jacques Beineix’s film, an ambulance took him to a hospital, and he even said: “At least, I have lived very well”. All radio and television channels interrupted the transmission to announce the sad news.

Until the end of his days, Montand was public defender of some political causes, like that of the boat peoplethe Vietnamese fleeing the communist regime in their country aboard precarious boats; expressed his public admiration for State of Israel and was in favor of the invasion of the West in Iraq.

Yves Montand, the right-wing singer who pretended to be a communist to be accepted