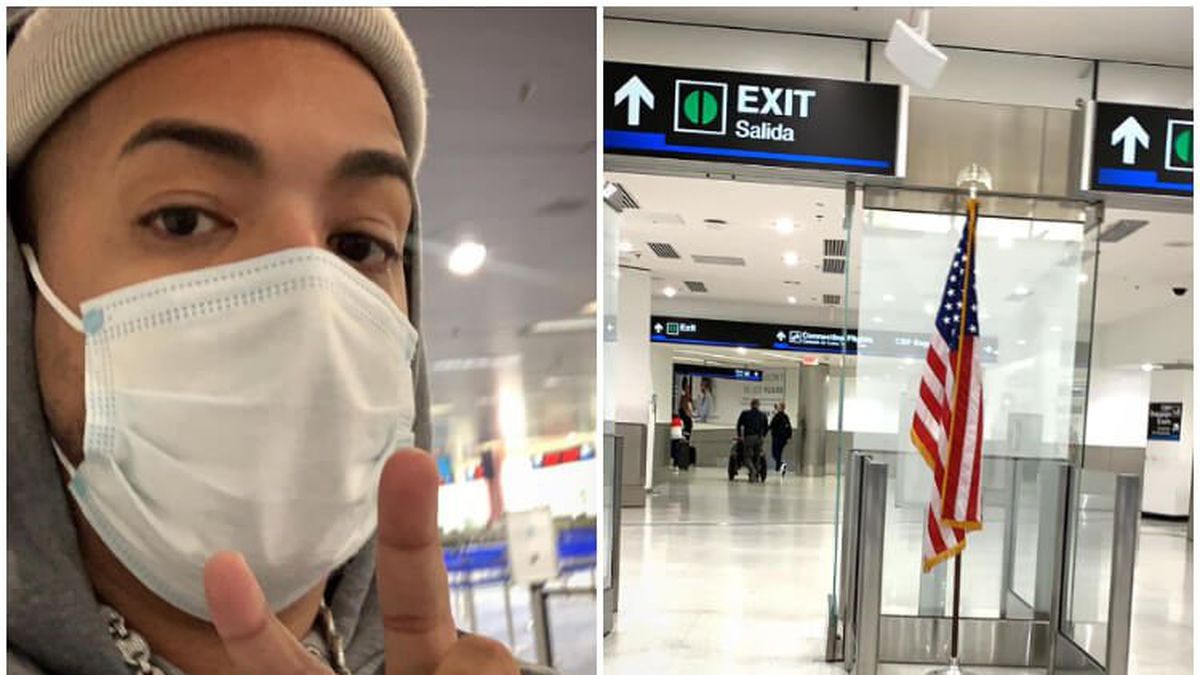 The singer Cuban Yulien Oviedo He arrived in Miami on Sunday on a whirlwind trip to carry out a promotion, the artist told América TeVé. Before a request for an interview, his musical promoter assured that the artist was already back in Cuba.

Oviedo, frequently criticized for his political views, responded to several Internet users who questioned his trip.

“Get down on your hate, pretty, if you don’t like it, chew and swallow,” Oviedo replied to an Internet user who criticized the fact that he traveled to Miami, the heart of the Cuban exile.

“So many people asking for a Humanitarian Visa and that you can enter,” another Facebook user told him. Oviedo responded with irony, misspelling and a laughing emoji: “Call Biden, tell him” (sic).

Oviedo caused a stir after he said in an interview that there was no dictatorship in Cuba.

“There are things in Cuba right now that are very strong, I have seen episodes of repression that are a bit strong, it should not have come to that, but I think that the dictatorship was Hitler, that it did kill people. I have to see the concept, but I don’t think it’s a dictatorship, ”said Oviedo in the controversial interview.

After the influencer Alexander Otaola campaigned for a concert in a Miami restaurant to be canceled, Oviedo retracted his statements and assured that “that was not what he meant.”

“If I offended you, I ask you here from the bottom of my heart, my sincere apologies because that is not what I meant. Unfortunately in my country there is a dictatorship, you know why, because of the repression against people, the policemen there beating women, it is something that I definitely do not support, I do not support what is wrongly done, ”he said.

Some netizens criticized him for not taking to the streets on July 11 and not joining other artists who have dedicated songs calling for freedom for the island.

“Double standards, I don’t even have a dollar to hear your music! You never sided with the people, you are going to get what you sowed! ”A commentator told him.

The artist responded with a laughing emoji.

What did you think of this news?