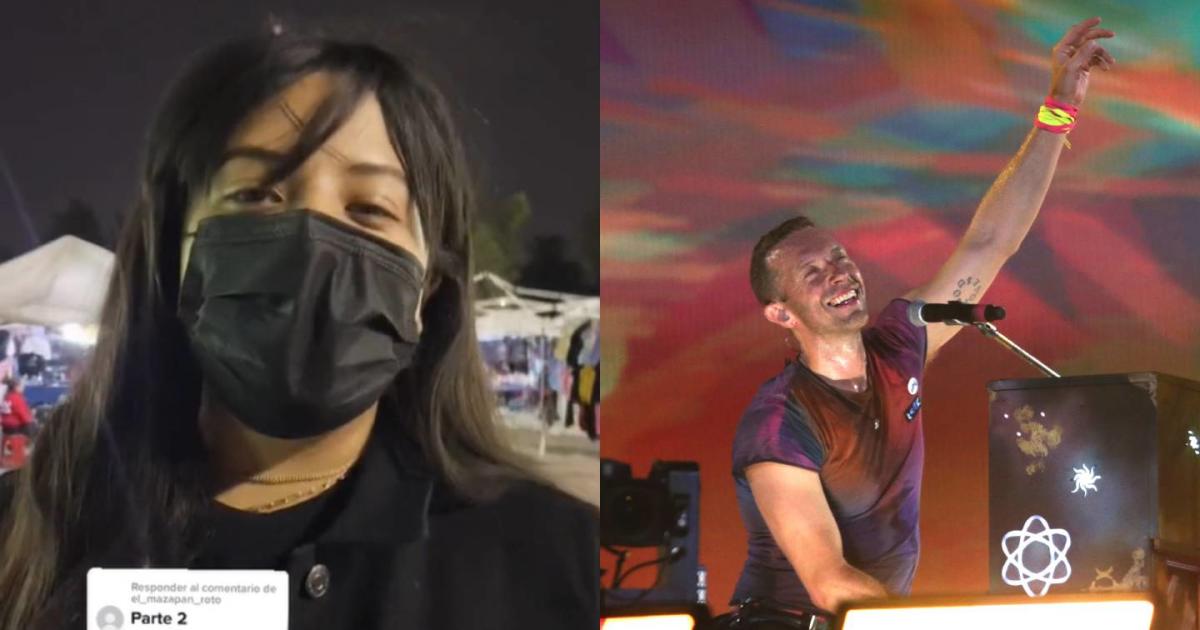 “They just scammed me with some $11,200 pesos tickets, but I hope they solve me, friends,” TikTok user Brianda Rivera mentioned in a video posted on April 4, the young woman was outside the Foro Sol, in Mexico City , a venue where the British band Coldplay performed.

Tickets for the group’s four concerts sold out quickly, so many people were unable to buy tickets. One of them was Brianda, who went to the site to find someone to sell her some tickets to enter, so she turned to a reseller.

The young woman mentioned that she bought two tickets for the Green Zone A at $5,600 pesos each, after that first publication, she made another post in which she pointed out that one of the people who sold them to her had returned some cash.

The young woman continued: “a reseller was super cool, he gave me the possibility that on Wednesday or Thursday he would give me other tickets, but it does not fit my times. Our transport leaves until two in the morning or one, we don’t know what to do for so many hours and well he fucked her mother Coldplay “.

Finally he explained: “although the problem was the intermediary, the reseller solved it for me in the best way he could”.

The publication generated comments such as: “I’m very sorry for what happened to you, that’s why I don’t trust resellers”, “that’s why don’t buy from resellers, but hey, it’s the risk, and they make them continue with those reselling practices ”, “here it is the fault of the person who buys them, not the person who sells them”, “you are seeing what your country is like and you still do that”, “that is why, when you buy from a reseller, you go first and then you pay them” .

But not everything has been bad at Coldplay concerts, the user @melly_foose, from Monterrey, said that she and her friends had gone to the BBVA Stadium, in the capital of Nuevo León, with the intention of buying a ticket from resellers or at the box office , but the price was very high, so they decided to see it on the screens of the venue.

Minutes later members of the British band’s team approached them and let them in for free so they could see the whole show.

Fury in CDMX: Man attacks family with a tube due to road conflict