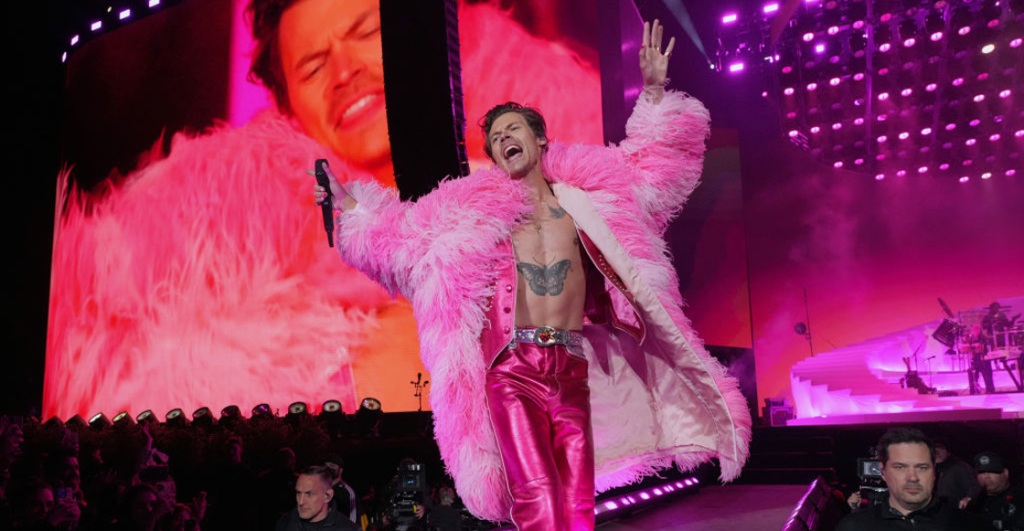 It seems incredible but many times, we do not dimension the enormous power that music has. Those songs and artists that we love so much, accompany us in all kinds of moments and situations, good and bad, but the most important thing is that they manage to accompany us in moments that change. completely our lives. And the perfect example of this isor what happened recently at a Harry Styles concert, where he helped a fan come out… just as they read it.

It is no secret to anyone that the LGBTQ+ community and the British singer get along great. However, what has just happened during the presentation tour of his third album, Harry’s Houseis empowering many people and helping them to accept themselves as they are but… Can you imagine doing it in front of a huge audience and seeing the former member of One Direction? Well, that’s how it happened and here we will tell you how things went.

You can also read: This is how ‘Harry’s House’ sounds live, the new album by Harry Styles

Harry Styles helped a fan come out during his Wembley shows

Turns out a few days ago Harry Styles gave a couple of concerts at the legendary Wembley Stadium in London, UKas part of his tour love on tour. In accordance with NMEduring the second show –which took place on June 19– an Italian fan named Mattia arrived with a sign that read: “From Ono to Wembley: help me out”. And yes, believe it or not, the artist gave him a hand.

Even though at a concert like this there are millions of people trying. draw the attention of your favorite artist. However, against all odds, Harry caught a glimpse of the sign in the crowd and even made it into his hands. “Ok, would you like the people at Wembley to help you out?”Styles asked the boy while the public went crazy with everything that was happening.

But the most important thing is that Harry Styles put together a mini ritual so that Mattia I could come out of the closet. Out of nowhere, the singer told the young man that as soon as he raised the LGBTQ+ flag they gave him, he would officially come out and become gaymaking everyone present get excited when announcing this peculiar moment.

Of course Harry couldn’t stay without joking, because suddenly he mentioned that he still felt straight. However, just as he raised the band, thousands of people were heard clapping and shouting, all while Styles said: “Officially gay, my boy. Congratulations Mattia, you are a free man”. Then we leave you the spectacular video

“You are a free man”: Harry Styles helps a fan come out of the closet in full concert