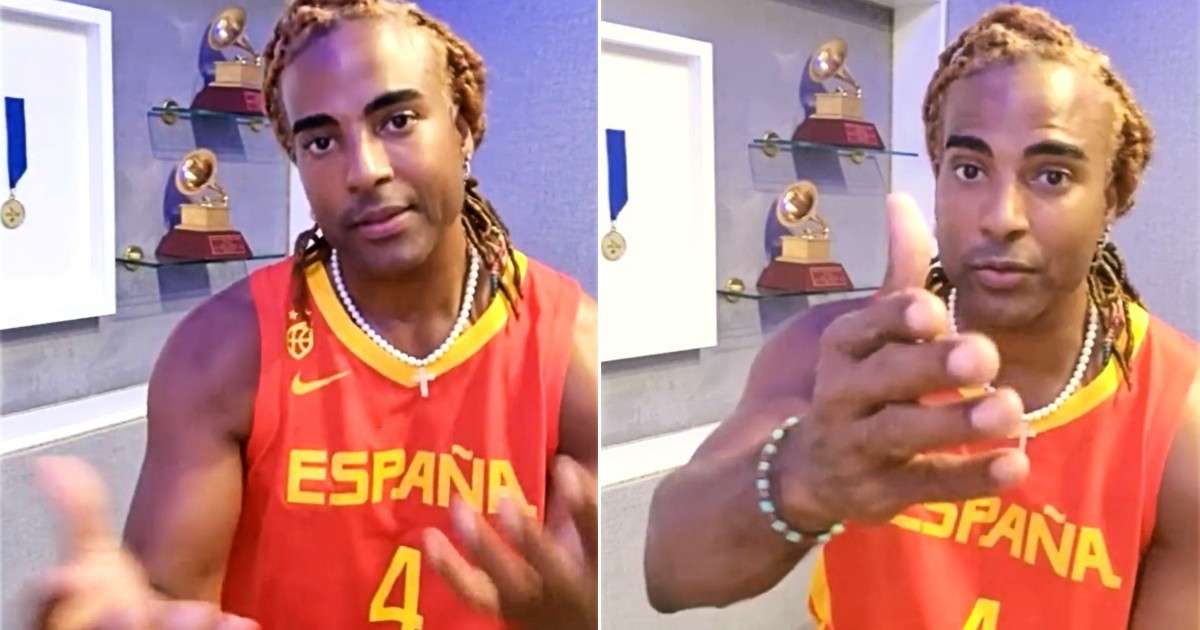 After an outbreak of controversy between the Cuban singer Yotuel romero and the reggaeton J Balvin regarding this year’s nominations for the premios Latin GrammyThe two spoke on the phone and made peace.

After thanking all the followers who have contributed arguments to the controversy in a direct from Instagram, Yotuel thanked J Balvin “from the heart” for the private conversation they had on the phone. “It was incredible, brother, I tell you from my heart,” he thanked.

“Thank you for listening to me and being honest as you are, and for having the heart that you have,” Yotuel told the Colombian. Both artists are nominated for a Latin Grammy. In the case of Yotuel, Descemer Bueno, Gente de Zona, El Funky and Maykel Osorbo, with their theme Homeland and Life, that has been nominated for ‘Song of the Year’ and ‘Best Urban Song’.

However, for J Balvin these awards do not sufficiently value the creators of the urban genre. His statements in this regard and calling for a boycott of the ceremony, provoked the response of the Cuban and his wife, the Spanish artist Beatriz Luengo.

“The Grammys don’t value us, but they need us. It’s my opinion and nothing against the other genres because they deserve all the respect. But the trick is already boring. We give them ratings but they don’t give us respect. PS: I’m nominated for that do not come that I am hurt “, considered J Balvin.

With almost two months to go, the Colombian called his colleagues in the genre not to attend the gala due to the low presence of reggaeton among the nominees. A boycott that he proposed through Twitter and that did not sit particularly well with Yotuel Romero and Beatriz Luengo, who, far from being silent, decided to respond to the Colombian.

In a direct from his social networks, Yotuel answered him. “I’m going to tell you something, J Balvin: The urban movement didn’t start with you,” the interpreter began by saying, recalling when Orishas was nominated for the Latin Grammy in 1999 with the album “A lo cubano” in the category ‘Best rock album / alternative ‘because the category of rap or urban did not yet exist.

“I didn’t like what you said, that the urban artists, the real ones, the powerful ones, don’t go to the Grammys. What is it for you to be a powerful urban artist? To have views? To have many visits? For my urban artist Powerful is when with a song you manage to take an entire town to the streets, when you achieve that with a song of yours a nation responds to you ”, added the former member of Orishas.

Thank you for speaking so healthily. I think it has been one of the most important conversations I have had in my life. Thank you for taking Latin and urban music to the level that you have taken it. I think we are like a cogwheel, a complement to each other and everyone’s contribution makes the genre grow and become great ”, Yotuel settled in his direct.

“The @latingrammys are that window where from the music we can tell the world what is happening in our countries. Thanks Jose for your video call and your sensitivity. Hopefully all artists join this call and we have a historic audience that feels the power of Latinos and their voices, “wrote the Cuban singer in his Instagram post.

“There is no controversy with J Balvin, my people. We have talked like two friends. I was able to explain to him that behind Patria y Vida there is a lot of pain and a lot of suffering. Maykel prisoner, Luis Manuel prisoner, El Funky regulated. There are threats against my wife and me; there are smears about Alexander and Randy. It was very nice to be able to talk about all this, Jose. Blessings. Homeland and Life, ”Yotuel ended up saying in his direct voice.