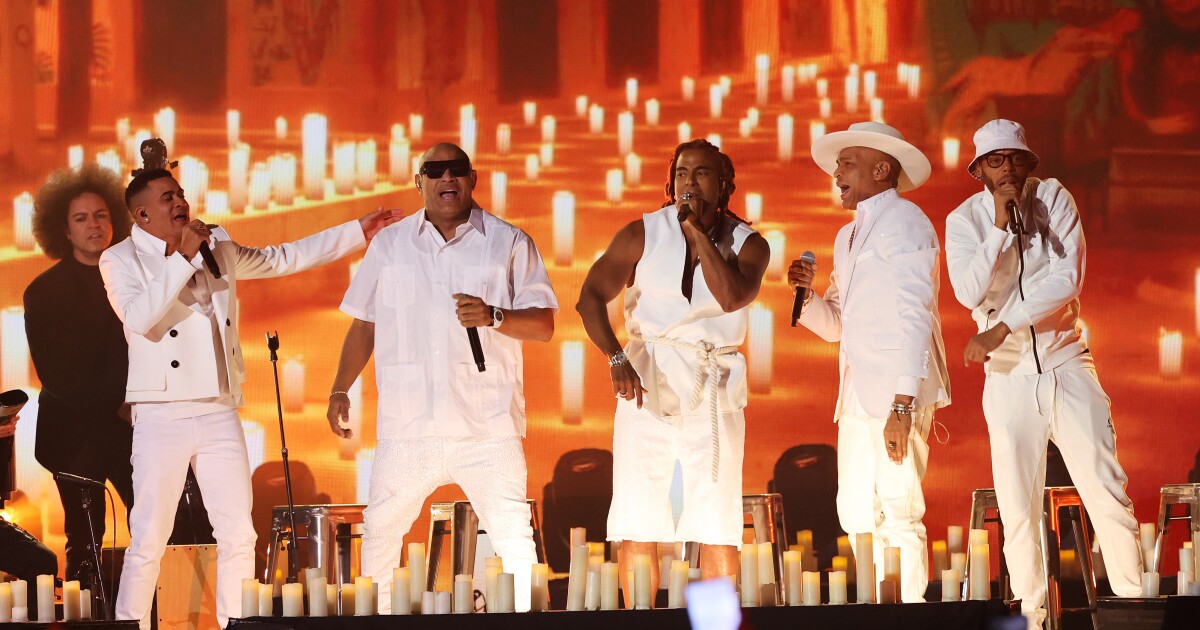 In the “name of the Cuban people” the singer Yotuel Romero and his wife, the also singer Beatriz Luengo, offered the two Latin Grammy won for the song “Patria y vida” to the Virgin of Caridad del Cobre, in the hermitage dedicated to the patron saint of Cuba in Miami.

The singer and his wife, dressed entirely in white and accompanied by their youngest daughter, attended a Sunday mass at the hermitage of the Virgin, before which they placed the two small gramophone-shaped sculptures representing the Latin Grammy Awards.

The faithful chanted the words homeland and life and like the priests who officiated the mass, they started in applause after the singer placed the awards on a small table next to the altar that was adorned with the flag of Cuba, as can be seen in the videos recorded by the faithful.

At one point during the ceremony, those present sang out loud the song, which was published together with a video clip in February 2021 and has already had 9.6 million views on YouTube.

The issue has become the anthem of those who demand changes in Cuba and has accompanied the protests that emerged this year on the island, strongly repressed by the Cuban authorities.

Produced by Asiel Babastro, “Patria y vida” is performed by Yotuel Romero, Descember Bueno, Alexander Delgado and Randy Malcom, who form Gente de Zona, and the rappers “El Funky” and “El Osorbo”, the latter being held in a jail in Cuba since last May.

On November 18 in Las Vegas (USA) he received the Latin Grammy awards for song and of the year and urban song of 2021 and his interpreters said that it is an award to the Cuban people and their fight for freedom.

Beatriz Luengo, Spanish singer and songwriter, participated in the creation of “Patria y vida” and took the Las Vegas stage to collect the award for best urban song.