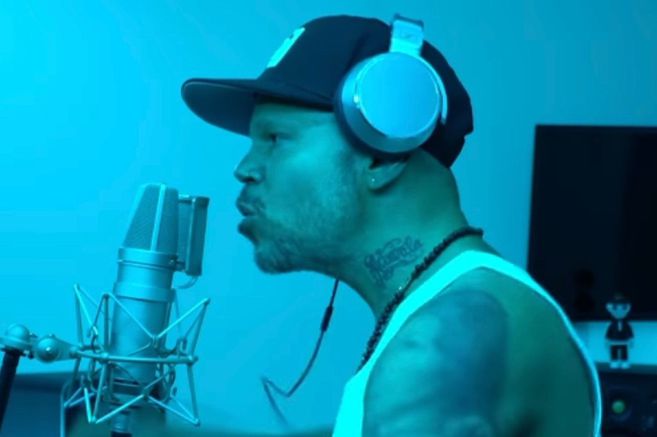 Resident during the performance of “BZRP”.

Award-winning Puerto Rican rapper and songwriter Resident premiered this Thursday its first official single in more than a year and a half, “This is Not America”who in the company of the Franco-Cuban twins Ibeyi deals with the history of colonization and slavery.

“This is Not America” shares the message that all the cultures and countries of the American continent are one and urges “not to separate and create an evolution for unity”, according to the company’s statement SonyMusic.

With this theme and its video, Resident he conveys his opinion and pain for what he considers to be the social continental division between North and South America by the United States.

Resident – This is Not America (Official Video) ft. Ibeyi

Residente is accompanied in this new production by the twins Ibeyi: Naomi Diaz on percussion and Lisa-Kaindé on backing vocals.

“This Is Not America” it is related to a three-year Resident project with professors from Yale University and New York University.

The experts studied the singer’s brain waves along with the brain patterns of worms, mice, monkeys and flies, among others, in order to create musical frequencies that would become rhythms.

For this song, Residente used his own brainwaves and those of worms to develop emphatic waves of electronica mixed with his rap, the voice of Ibeyi and Puerto Rican percussion.

The new song by René Pérez Joglar, Residente’s first name, comes shortly after the artist gave a lot to talk about after publishing a harsh “tiraera” against the Colombian J Balvin, whom he called “cowardly” and “racist”.

With “This is not America”, Residente talks about the protests in Colombia