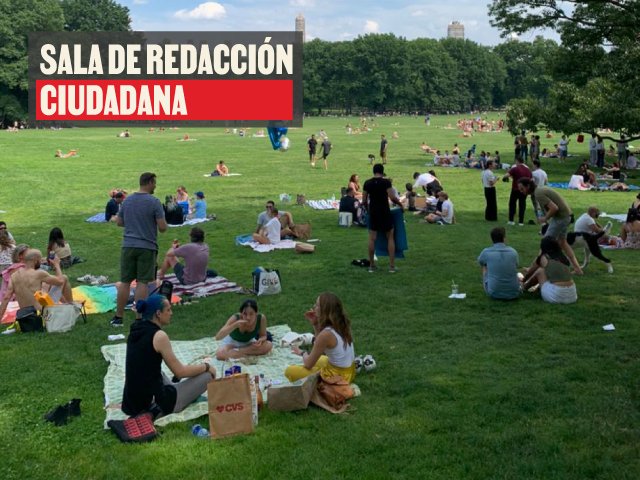 In Australia the photo looks similar to Taiwan before the outbreak. Few cases, but isolated from the rest of the world. The worst peak in this country in the middle of the ocean did not even reach a thousand cases, a consequence of a border closure that has allowed them to control outbreaks of the virus.

Sergio Gomez has been in Melbourne for 3 years, during which time he graduated from a master’s degree in Marketing and Communications, which is why he has lived through the pandemic from beginning to end in this country.

“Here the virus took a long time to arrive, but as soon as it arrived they began to take super drastic measures,” says Sergio. It refers to the absolute border closure that has been in force in Australia since March of last year, and which does not seem to have an expiration date for now.

At first, Sergio says, what was experienced was similar to other countries: only trips to the supermarket, strict controls and biosecurity at the top. For example, during the first months of the pandemic it was only possible to go out within a radius of 5 km from each person’s home.

Sergio says that during this time all citizens and foreign residents in Australia received a lot of help from the Government. He even got a job at an NGO that works with immigrants, amid all the uncertainty about a program to open more positions in public institutions.

But in recent months, it has lived in a bubble without coronavirus.

“Life became normal, they took off our masks in their entirety and sent you free tests whenever you wanted,” says Sergio.

Since the cases fell, concerts, events and massive parties have been held. Sergio emphasizes that footie matches, an emblematic sport of the country, have been full of spectators, without limitation in the capacity of the stadiums.

Sergio has not returned to Colombia since he arrived in Melbourne, but he assures that he spends his time reading Colombian news, even more than the Australian press, in his words: “because I can’t find that connection yet, nor am I interested in finding it.”

What has struck him the most about the handling of the pandemic between Colombia and Australia has been, according to him, that “the Australian government is willing to shoot itself in the foot in order to prioritize the health of its citizens, no matter what it means losing money, as is happening with one of its main sources of income, which is international students, ”he says.

From Sergio’s perspective, in Colombia there is a distant reality, in which he sees that the main needs of the people are not being met.

Diego Camelo, another fellow, is living in Queensland while doing a Ph.D. in Engineering, where he arrived just before the pandemic started.

“A Latino might think that Australia’s handling of the pandemic is rigid, but in the end it turns out that there is no covid here,” says Diego. For him, it is a country in which the government and the people commit to the rules.

He recently came from diving off the Great Barrier Reef in northern Australia. Where, according to account, he could live a normal vacation: clubs, bars and restaurants open, without capacity or masks. Already, not even in gyms, it is necessary to wear a mask.

“If you ask me, I would say that the best country to experience this pandemic is Australia,” he says.

In terms of vaccines, Sergio and Diego agree on something: Australians are skeptical of getting vaccinated, they do not see the need due to the low number of infections, which has made the Government even more afraid of opening the borders.

However, both are locked up whenever there is an outbreak of cases. “At one point they locked us up for four days for a single case of covid in Queensland, just for a contagion,” says Diego.

A couple of weeks ago there was a peak of new cases in Melbourne, so the masks, the quarantine and the closure of mobility between states returned. For 26 cases in a city of more than 6 million inhabitants, they returned to the starting point.

But according to the fellows, they are confident that the quick response will mean a return to life without restrictions in the blink of an eye.

This story is part of the Citizen newsroom, a space in which people from La Silla Llena and the journalists from La Silla Vacía work together.