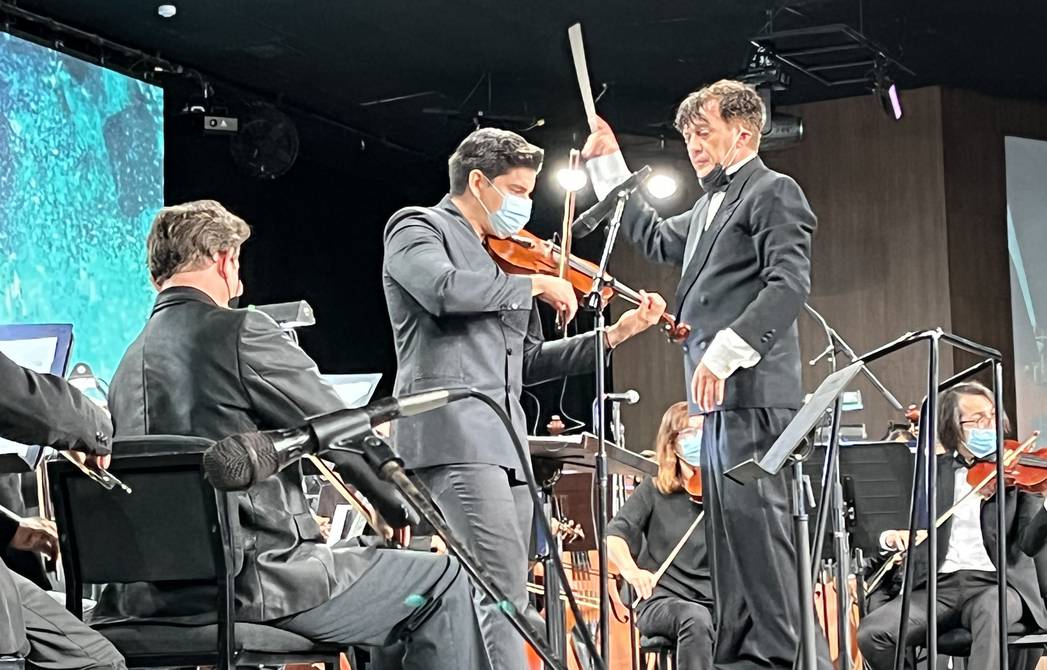 Conducted by maestro Dante Anzolini, the Guayaquil Symphony Orchestra presented a concert of sacred music on April 14. The special participation was by Isaac Delgado, who opened the last number of the night on violin, Amazing Grace (Amazing GraceJohn Newton, 1779), before the full auditorium of the Casa de Fe church (via a la costa).

Anzolini initially presented two pieces from the early 20th century, part of Vetrate di Chiesaby Ottorino Respighi, a composition in four parts. The chosen movements were one about the flight of Mary, Joseph and the baby Jesus (The escape in Egypt) and the second, The morning of Santa Clara, an oratory He invited the attendees to listen to music that perhaps they were not used to, “so that we understand each other in times of war.”

“This is the relationship with God translated into music, which has a meditative quality of personal relationship, deprived of us when we are silently praying,” explained the director. “I hope this helps us to understand our idea of ​​uniting the creeds, of playing for you for the first time.”, he added, explaining the collaboration between the Symphony and the different groups that participated.

In addition, Anzolini affirmed that the traditional music of the Evangelical Church is close to him, since years ago he competed in the United States for the position of director and organist, the only white person in an African-American congregation. “In all the history of that church, I was the first and the last. I learned this repertoire with them, that’s why I find it impressive to hear it in Spanish, because I know it in English”.

“The most beautiful thing you are going to hear are these last two pieces, I think,” the director then announced; “is (Wonderful Words), because it has a fabulous drive, amazing vitality, it is framed in the black community of the United States and the white community as well. It encompasses a style they call christian-rock”. And the last surprise, she said, would actually be amazing, with a piece she was often asked to improvise on the piano. “That’s why my tremendously sentimental relationship with these two pieces.”

He was referring to Holy, Holy, Holy (Holy, holy, holyReginald Heber, early 19th century), before Delgado came out on stage to interpret the introduction of the poem song Hallelujah (1984), by Leonard Cohen, to later move on to AmazingGrace, arranged by Matt Riley.

The director of the Institute for the Promotion of Creativity and Innovation (IFCI), Lorena Robalino, also spoke during the event. “I hope it will be the prelude to many expressions of reciprocity and face-to-face concerts, with full capacity. May the music we listen to today serve to find the path to resilience, which Guayaquileans need, which the world needs.” (AND)

With Isaac Delgado as guest soloist, the Guayaquil Symphony Orchestra gave a concert ‘Prelude to an Act of Love’ | Music | Entertainment