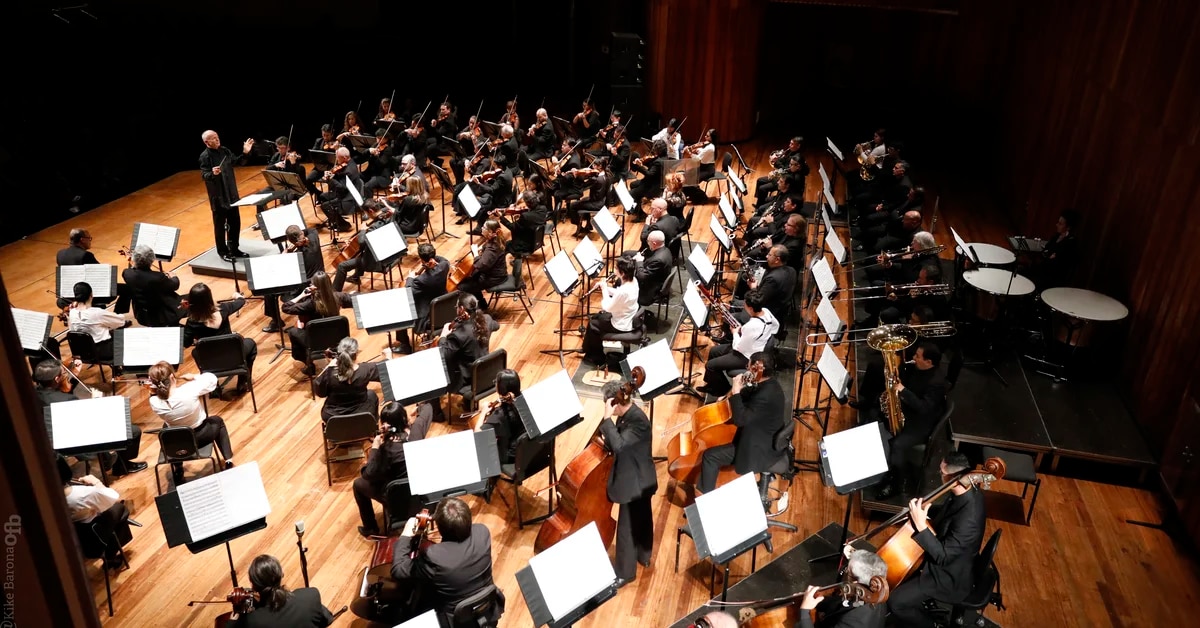 The Bogotá Philharmonic Orchestra (OFB) announced that next December 20 and 21, will perform his end of the year concert ‘Chabuco Philharmonic’, which will feature two important guests from the music industry.

As reported by the OFB, in this version, under the direction of its assistant musical director, maestro Rubián Zuluaga, the Bogotá Philharmonic will perform together the Colombian musician José Darío Martínez, better known as Chabuco, and with the flamenco singer-songwriter, the Spanish Antonio Carmona.

“We have named this concert ‘Chabuco Filarmónico’, in honor of our Colombian artist who has just received two important Grammy nominations (Chabuco). In addition, we will have the great Spanish singer, Antonio Carmona, who will be with the Bogotá Philharmonic. It will be a very beautiful night that will surely include a Christmas song. Don’t miss it ”, said the director of the OFB, David García.

It should be remembered that Chabuco has been recognized for his participation with several artists of international stature such as Alejandro Sanz, Rosana, Rosario and Antonio Carmona, among others. This Colombian musician has also stood out for making a journey through music with his albums ‘Morirme de amor’, ‘Clásicos café la Bolsa’ and ‘De ida y returned’.

On the other hand, the Spanish Antonio Carmona was described by the Bogotá Philharmonic Orchestra as “a great composer, a singer with a very personal voice and a percussionist who is raffled off by artists of the stature of Alejandro Sanz. “

Among the reports that attendees will be able to enjoy this year are: ‘Nest of love’, ‘Absence’, ‘The Story’, ‘My Poetry was born’, ‘Blue’, ‘A blue bolero’, ‘Martyred heart’, ‘ That’s how my love was’ and ‘I’m looking for you.’

The concert will take place in the Julio Mario Santo Domingo Theater at 8:00 p.m. on the next December 20 and 21. To attend, you must purchase your tickets at the following link: https://teatromayor.checkout.tuboleta.com/selection/event/date?productId=10228415473852.

Remember that To enter the concert, you must comply with all the mandatory biosafety measures established by the National Government.

“December arrived with its joy”, these will be the Christmas concerts of the Bogotá Philharmonic

Throughout this month of December, the Bogota Philharmonic Orchestra (OFB) will visit parks, auditoriums, theaters, churches, shopping centers and public libraries in the city, in order to offer a variety of repertoires to citizens to enjoy this season Christmas.

From December 4 to December 31, the OFB will hold a series of concerts with its youth groups. Here is the list of recitals you can attend:

– Monday, December 20 and Tuesday, December 21 – 8:00 pm – Teatro Mayor Julio Mario Santo Domingo, ‘Chabuco Filarmónico’. The singer Chabuco will present his best hits and some of them will be accompanied by the Bogotá Philharmonic Orchestra.

In case you cannot attend, the concerts will also be broadcast through the page of the Bogotá Philharmonic: www.espaciofilarmonico.gov.co.

Keep in mind Also that, within the framework of the OFB Christmas concerts, this Sunday, December 19, they will perform presentations at 4:00 in the afternoon at the Cristo Rey Parish (Calle 98 # 18-23) – free admission-, and at the Teatro Mayor Julio Mario Santo Domingo at 5:00 in the afternoon -with ticket office-.

With important guests, the Bogotá Philharmonic will close its season with the concert ‘Chabuco Filarmónico’