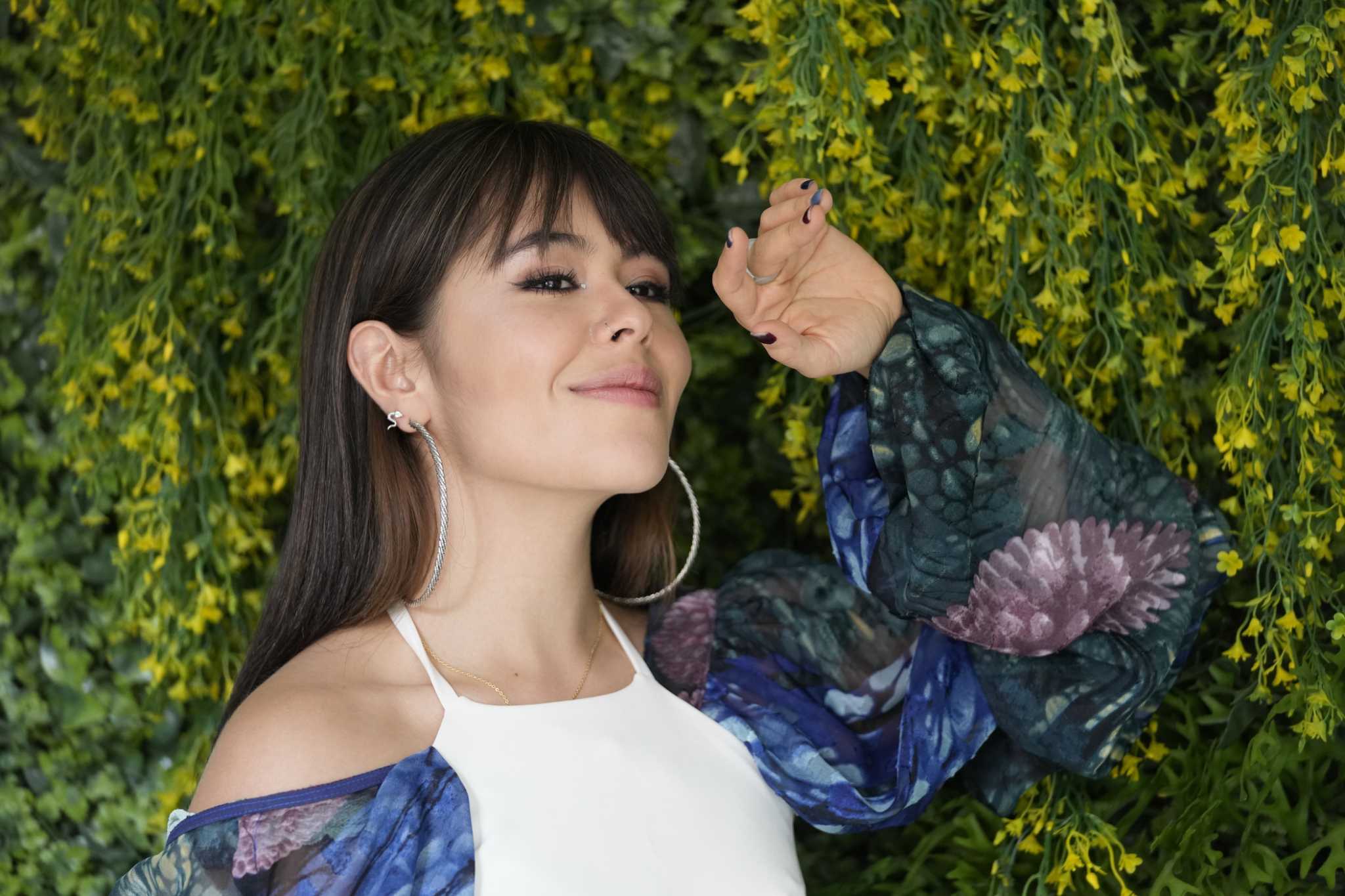 NEW YORK (AP) – Juliana Velásquez found refuge in music writing songs about topics in her life that she did not dare to speak about. The exercise of catharsis led to an album and earned him his first Latin Grammy nomination, in the coveted category of best new artist.

The 23-year-old Colombian singer-songwriter will be measured next Thursday by the golden gramophone with an eclectic group that includes Giulia Be, Bizarrap, Boza, María Becerra, Zoe Gotusso, Humbe, Rita Indiana, Lasso, Paloma Mami and Marcos Mares.

But the term “new artist”, in his case, does not seem to fit at all: his career began more than a decade ago on television, when at the age of 7 he debuted on the reality show “Angelitos”, which he won, and since then he has made his way on the small screen and the musical theater of his country.

“She was really very small,” Velásquez said in a recent video call interview from Bogotá. “Let’s say that I lived my childhood between the recording sets.”

As for music, he continued, “I have always sung and I have loved composing songs, but I had never dared to take that step to dedicate myself to doing it … This nomination passes, and for me it is one of the most beautiful and more special that have happened to me until today ”.

With a “retro” style that he attributes to his love of mariachi (Rocío Dúrcal and Juan Gabriel are among his main references) and a sublime voice full of inflections and emotion, Velásquez debuted in April with “Juliana”.

The 11-track album begins with “Roller Coaster”, which he created in the midst of the pandemic with the help of his fans on Instagram (“Who said the world would stop us for a moment?” Says part of the lyrics), and includes the singles “Dolor anticipado”, “Juro” (with Mexican artists Los Rumberos) and “Presiento”.

What led you to decide that you were ready to dedicate yourself fully to music?

“Knowing and understanding that I was not as happy if he did not allow me to do it. He had been composing many songs for five years, he composed for other artists, for musicals, events and others, ”he said.

“It was at that moment and that awakening that I realized that, one, life is only one and you have to do it now or it is never. And two, … I was going through many processes of overcoming many things, and I decided to use my music as a form of therapy and as a refuge to talk about many things that I was not capable of talking about ”.

As examples he mentioned “Roller Coaster” and “Customized”, the latter about being in constant discontent with oneself while trying to project something that is not to others. “We tend to look elsewhere / Insecurity has always been / It hurts to wake up ready to pretend,” Velasquez sings.

“I had a very difficult subject of eating disorders during a period of my life that I was never able to talk about, because I was not aware that I was suffering from it either,” he explained. “But through my song, as I took it out, I did catharsis and it was very special to see that many people felt the same and that thanks to this song they were able to talk about that issue.”

Last month she launched “Rebote”, a collaboration with Vic Mirallas that took her to a more urban and fresh terrain and that satisfied her desire to dance: “Although in ‘Juliana’ I managed to get a lot of things out, like I was missing a quota to be able to make people move a little more, and therefore I also do it ”.

The collaboration arose after Velásquez, who called himself a great admirer of the Catalan musician, wrote to him a year and a half ago saying: “Hello, I’m your fan, I hope to work together one day.” When Mirallas was recently in Colombia to record some videos, he remembered his note and replied: “I’m here, let’s do something.”

In general, he defines his music as “very honest and genuine.” She always writes from the heart, even if it leads her to address issues that may not be very commercial, she says. “But I think it’s very intuitive music.”

Velásquez plans to attend the Latin Grammy ceremony in Las Vegas, something that has her “very nervous and very excited.”

“It’s that I really never imagined that this was going to happen, at least not like this suddenly,” he said with a laugh. “I’m going to have to control my crazy fan attack when I see many artists that I know will be there, like Rubén Blades.”