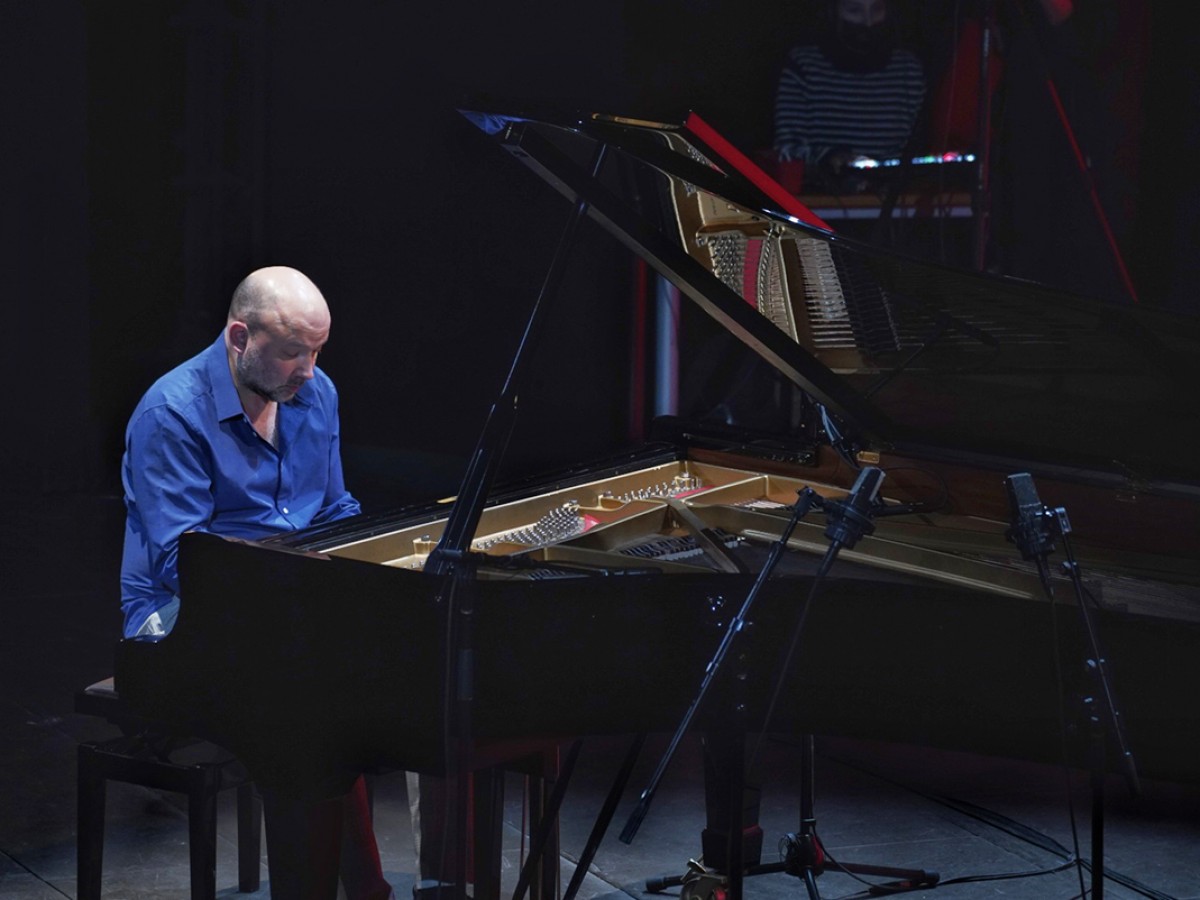 This Thursday the Chilean pianist and composer will perform a preview of what will be his next album “Cristales”, which will be released in December of this year and has been recorded this week on the main stage of the Frutillarino venue, Espacio Tronador.

This Thursday, September 9 at 7:00 p.m. the concert “Crystals” by the composer of film soundtracks and session musician, Camilo Salinas, will be held on the main stage of Teatro del Lago, Espacio Tronador. A concert performed by Camilo Salinas that has the participation of the Ensamble Teatro del Lago and Camila Pérez, as guest violinist, with the musical production of Sebastián Errázuriz and that is the final part of his artistic residency, in which he recorded the material that will give life to “Cristales”, his next album that will be released in December.

Attendees will be able to enjoy a preview of “Crystals”, an album that is born from an imaginary of situations, memories and emotions. For example, the suite “Paradiso Perduto”, composed especially to be performed together with the musicians of the Ensamble Teatro del Lago, looks at lost moments of childhood and stops from the future to observe them. Thus, the piece for two pianos “El ice kills” by Camilo Salinas and Cristina Naranjo, pianist of the Ensamble Teatro del Lago, touches on the environmental theme, inspired by an iceberg that threatens us due to its enormous size and growth, the opposite of what happens in reality with climate change. Both have musical arrangements by Sebastián Errázuriz. A project financed by the Fund for the Promotion of National Music, Call 2021, through the Transitory Emergency Fund.

Regarding the artistic residency process, Camilo Salinas points out: “It has been fantastic because I have lived based on the compositions that I have to rehearse and record with the Ensemble, with 100% dedication, with all the magnificent tools that the Theater makes available to work with. My music came in one way here and it will come out of another, without a doubt ”.

“Crystals” is a series of musical pieces composed this last year, whose collective imagination revolves around the state of “crystal”, where the fragility of life manifests as perhaps we could not see it before. It has been described by the same composer as an eclectic and author’s album, where the piano is the main protagonist. “You have to listen to it and that the most experts rate it. It is a melodic work, which evokes images and sensations, through the piano, a very rhythmic instrument, where the classic and the popular appear”Explains Salinas.

The album “Cristales” has the musical production of Sebastián Errázuriz, it is a co-production of Camilo Salinas and Teatro del Lago and its distribution will be in charge of the MusicActual label. The invitation is to enjoy an intimate concert and music by one of the most prominent composers and musicians on the national scene, with an important Chilean mark: Camilo Salinas. More information and ticket sales at www.teatrodellago.cl