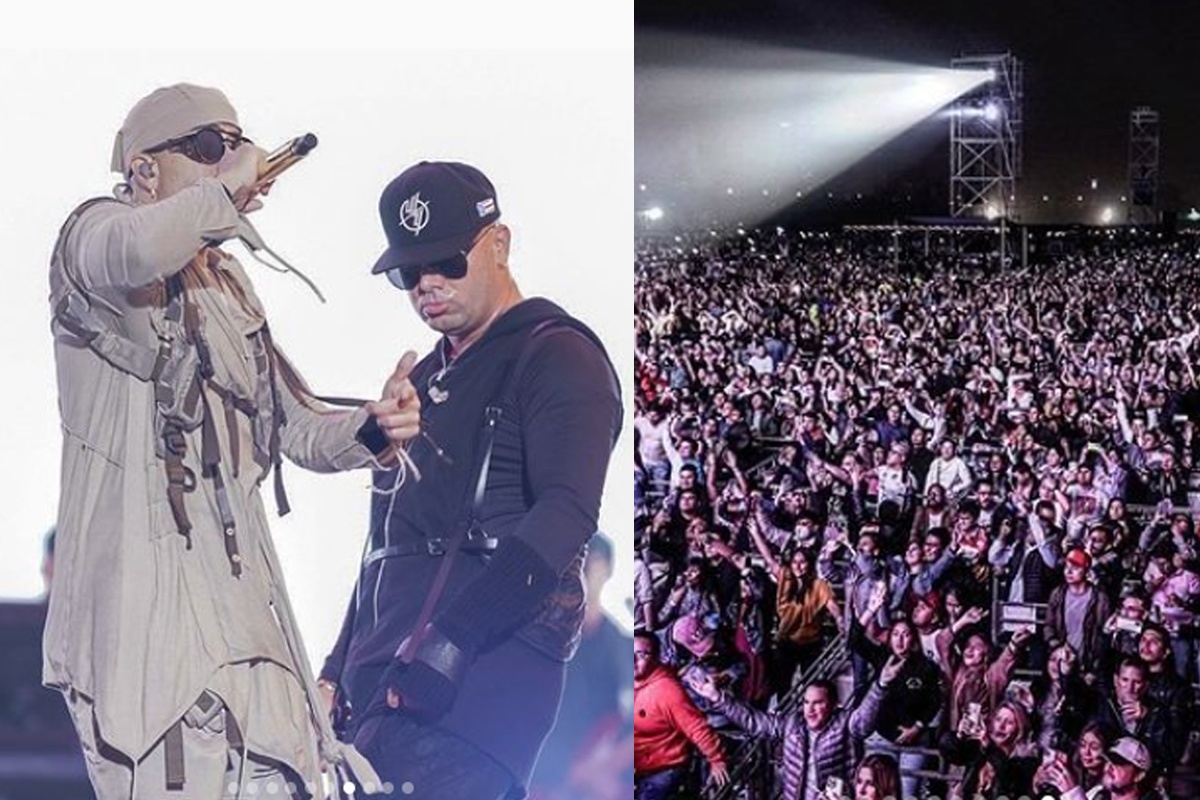 Wisin and Yandel were presented on Saturday June 18 at the Jockey Club of Peru, the popular Dynamic Duo was in charge of making their entire audience vibrate with their greatest hits. It was all part of the tour ‘The Last Mission Tour’with which they bid farewell to the stage.

The interpreters of ‘Mírala Bien’ and ‘Llamé pa’ verte’ were excited with all the Peruvians. It was Wisin who, through his social networks, shared an emotional message with which he flatters the vibe he felt at his concert in Lima.

“I wish all the remaining concerts of the tour were like the one today in #limaperu, how impressive what is happening with #laultimamisionworldtour. Thank you, thank you, thank you, we have no words to describe what we feel, ”reads his post, which he accompanied with photographs of those attending his show. 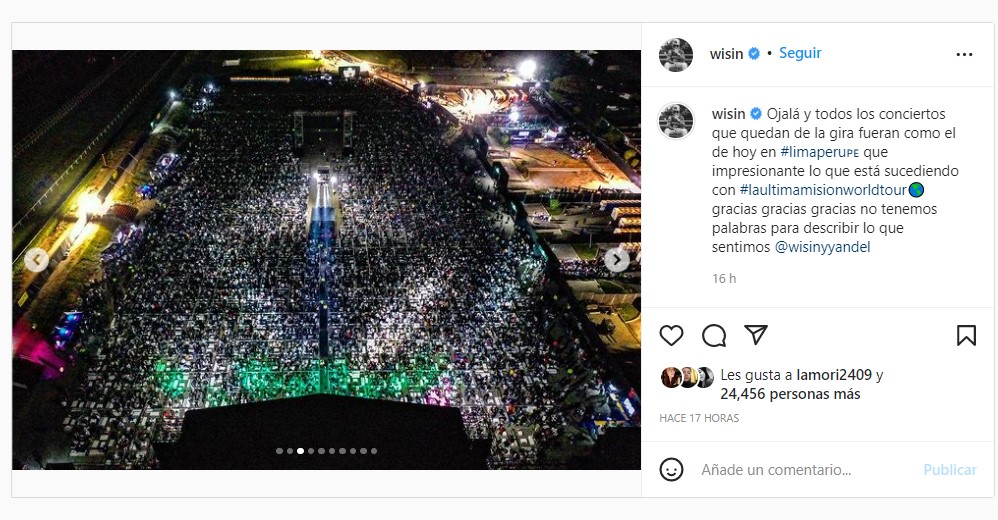 As you remember, the tickets for this show were sold out, thus achieving the sold out of this presentation. In addition, they brought another show of the same level to the city of Trujillo.

As expected, the Peruvian fans spoke out and thanked their singers for the tremendous show they dedicated to them. Some even awaited his return to the stage.

“Thank you for all that time. The songs that I only remembered from school and university. The best times”, “It really was amazing. I fulfilled one of my great dreams”, “Peru loves them and as always they are such an impressive duo in history. Great concert!”, “Thank you so much my two great legends, I have been listening to them for more than 15 years and today I finally had the opportunity to see them for the first time, until now I can’t believe it”, were some of the comments on social networks.

Wisin and Yandel They are the interpreters of hits like ‘I like something about you’, ‘Rakata’, ‘As before’ and else. The popular ‘Extraterrestrials’ are on their farewell tour before presenting their latest self-titled album.

However, they hope to carry on his legacy with a documentary that will premiere in 2023. This is a tribute to all their followers and that they themselves are producing alongside Walter Kolm, Chris Duque and Andy Martínez. 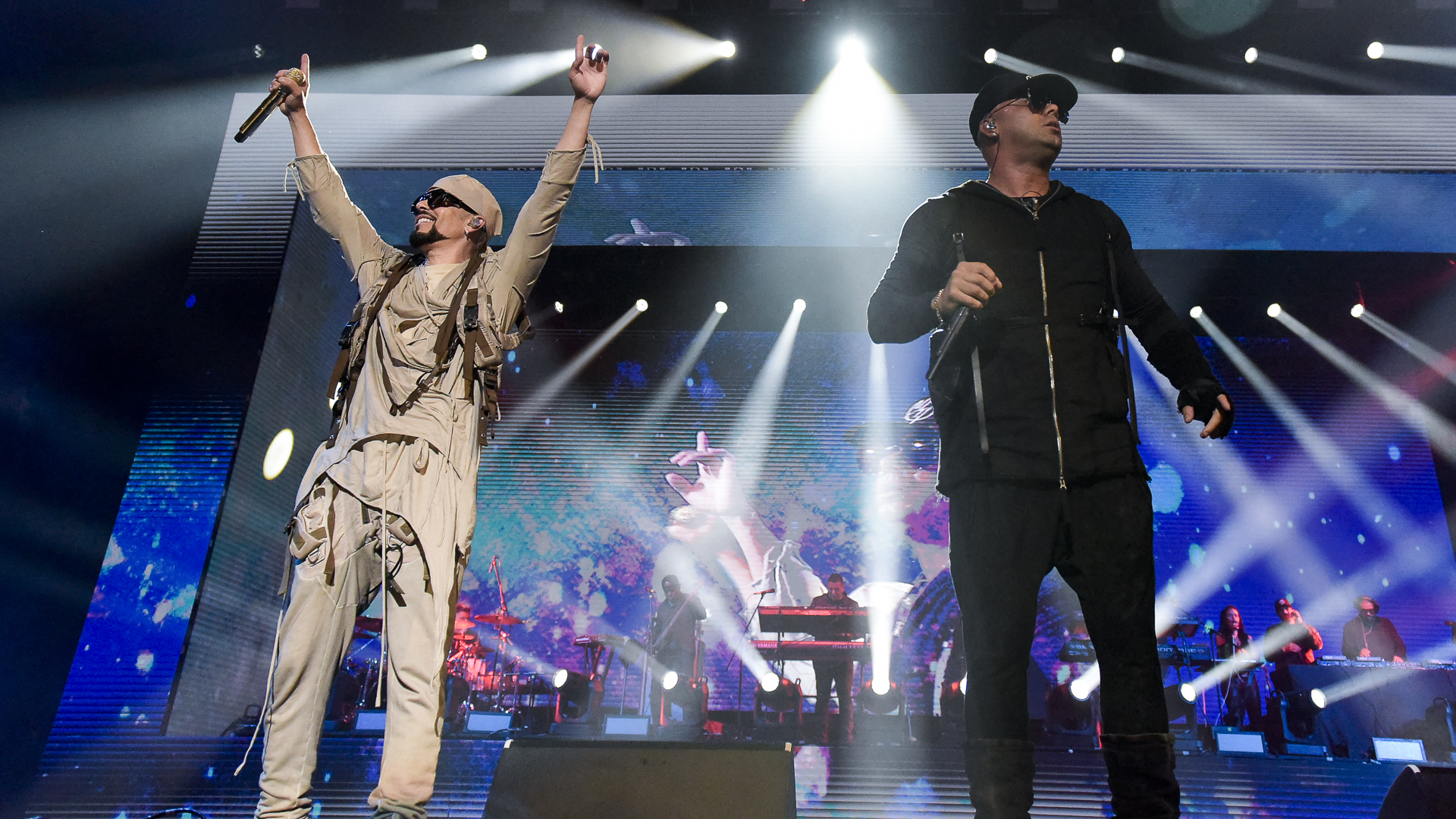 “This is the way we can close a cycle of more than two decades. Obviously we will continue working in the world of music because we love art but we will do it through our own companies. But Wisin y Yandel needs a big break. We are going through a great moment on a professional and personal level, so we are going to take advantage of this moment with the fans who have given us their love all this time”, Wisin commented.

Wisin and Yandel They are a duo of the reggaeton genre made up of Juan Luis Morera Luna and Llandel Veguilla Malavé. Both started in music together in 1998. After several years, in 2013 they paused their career to finally resume it in 2018.

Magaly Medina introduces her father and highlights her admiration for him: “He taught me many moral values”
Rodrigo Cuba was surprised by his daughter with a hug in the middle of the game on Father’s Day
Juan Víctor Sánchez’s mother congratulates her son on Father’s Day: “Dads are irreplaceable”

Wisin and Yandel praise the Peruvian public after the show: “I hope all the concerts are like the one in Lima”