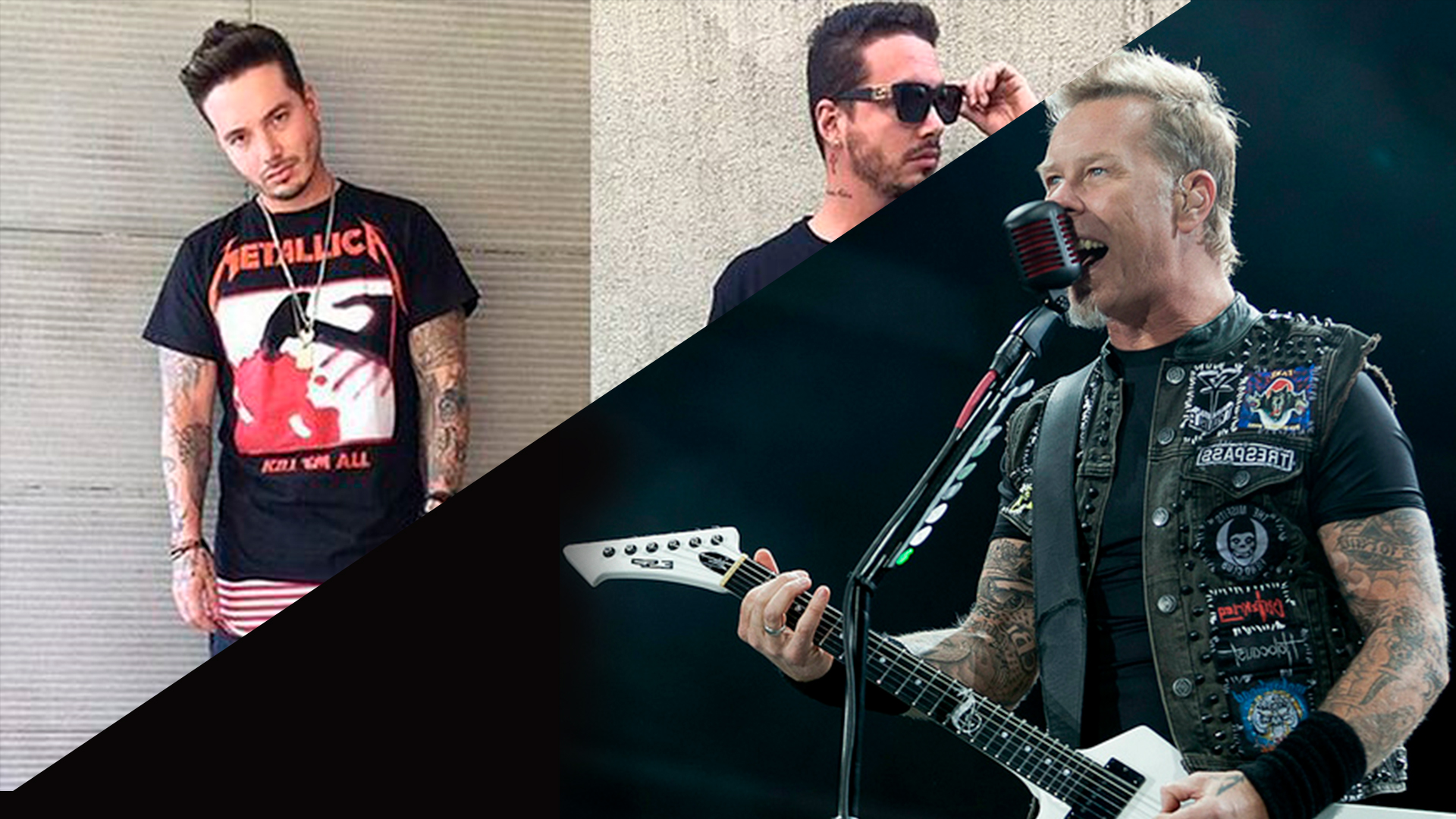 Metallica is without a doubt one of the most influential bands in metal. Since its debut in 1983, it has not stopped innovating, being considered by many to be the largest band in the history of the United States, the most popular of the 80’s, and possibly the one that ended up placing heavy metal in the mainstream. world.

When you’re out with friends most of them will most likely admit that the first gang that blew their minds was the “4 horsemen of the apocalypse.” And not to doubt it: their debut album “Kill’em all” is perhaps the most revolutionary album of its generation, featuring dozens of “true” metalheads who found in them the essence that metal had lost with the current of Glam. Ripped jeans and patched vests displaced eyeliners and hair gloss from glammers and, along with other bands like Slayer Y Exodus, they ended up taking over the top of the hierarchical pyramid of the genre.

From innovation to ridiculousness?

However, and unlike practically the entire “thrasher” generation of that time, Metallica was always characterized by going further. Perhaps for many in the course of the years the line of the innovative was even crossed to arrive at the ridiculous. This line has apparently been crossed again for the most orthodox metal and hard rock community on the internet, since Metallica announced with great fanfare that for their next work “The Metallica Blacklist” (which is basically a “tribute” album to their remembered self-titled album) they will feature the participation of different famous artists recognized around the globe., among them Royal Blood, Elton John, Ghost y… Mon Laferte, Miley Cyrus y J Balvin.

First, let’s start because it is not the first time that we hear about this type of news. We have already seen Metallica share the stage with artists who “have nothing to do” with the style that sometimes as fans we want to pigeonhole them. We’ve seen them playing with Lady Gaga at the Grammys, we’ve seen them pulling out with Lou Reed the album “Lulu” (perhaps one of the worst rock albums in history), among other pearls.

Since when did Metallica “do what it does”?

Many would say that this is something from the last few years. Maybe their creativity ran out, maybe they got bored of what they were doing, maybe they are only motivated by money. The latter is likely. What is not probable, but a fact, is that Metallica practically innovates FROM ITS CONCEPTION AS A BAND.

Metallica was formed in Los Angeles in ’83 and from their first album (yes, the same one we mentioned that kicked the ass of the entire glam scene), they innovated. Beyond the same already transgressive style, he presented a theme that is basically a bass solo; “(Anesthesia) Pulling Teeth” was named. A hallmark that would keep the band for at least their first 3 albums.

In 84 they released their second album “Ride the Lightning” which presents among its tracks, a theme that is, for the thrasher style that still predominated, too slow. It is almost a rock ballad named “Fade to Black” and that, oh surprise, was highly criticized by fans who already classified the band as ridiculous and commercial, yes, in the middle of year 84. That trend would continue practically until their last works as a band and now considered rock gems such as “Sanitarium” or “The Unforgiven”.

In ’91 the band abandoned thrash to fully embrace heavy metal and a few months later they surprised the world by cutting their sacred metal hair and using eyeliner to present their album “load”, a tremendous work despised to date for being the first to depart. all metal to focus on the most commercial rock / pop possible. And so I could go on to comment on many other examples that show that Metallica, while always showing respect for their fans, never wanted to feel tied to them, as it did with their entire generation of thrasher bands that can indisputably count on the veneration of the metal community. , but they were not (at best) half as successful as their big ‘M’ peers.

Let’s go because Metallica doesn’t have to be aware of the ridiculous and worn war between reggaetoneros and rockers / metalheads that has been waged since time immemorial in the main Latin American forums and social networks. We don’t necessarily have to like the artists the band invites. It’s a tribute album and personally I would like the people I invite to go to my birthday and not the drunken uncle that I don’t like.

I read comments like “They should have invited Megadeth, Slayer and Exodus …”, as if they had something to do with the “Black album”. It is perhaps the album that has the least to do with them.

Because they? Why are they metal? Metallica is a music band that stopped being totally thrasher in 89 and stopped being totally metal in 91. The black album is the album that opened the doors of the world to them. It is that record and no other that made that young man who has nothing to do with metal shake his head for the first time and decide to go to his concert. I know people who do not consume Slayer, who has no idea who he is Motorhead or simply not Iron Maiden It catches their attention, but put Enter Sandman on them and you’ll see how at least they hum it.

Metallica was so transgressive that it is impossible to label it in a subgenre. Great Latin singers like Juanes O Shakira They have mentioned Metallica as one of their favorite artists. Why J Balvin should that be the exception? Why do you use tumpa tumpa in your songs? We have already seen artists of his style such as Bad Bunny couple rock to your music because they also have the right to be inspired by the melody that can come out of a distorted guitar or electric bass. My Laferte I could sing and do an extraordinary cover of Nothing Else Matters if I wanted because the talent has it and surely the love for that song has it too.

“I don’t have enough words to express it, it’s too much for me. It’s like I’ve finally clicked with all those years of fanaticism for this band. It is really so strong what they provoked in us when we were 13 or 14 years old that all we wanted was to rehearse every day and be the best “

Let’s stop believing that we know the tastes of a singer by the genre he plays. I can see myself as one more metalhead when I go out, but they don’t know that one of the artists I’ve listened to the most in my life is Franky Ruiz. Music is universal and rock is beautiful enough that I want to privatize it.

Maybe it hurts to admit that Metallica is not that band with the long hair and the jean outfit, but I will not stop considering them as the great inspiration that they have been for me and my taste for rock and metal, and surely for you too. And if you’re still annoyed with all this, then let me close it by telling you that it is Metallica and it has achieved everything it has wanted in this world to do what comes out of its holy rockers, reggaeton players and fucking balls.

Hold on, old Metallica, I don’t care about a thing!