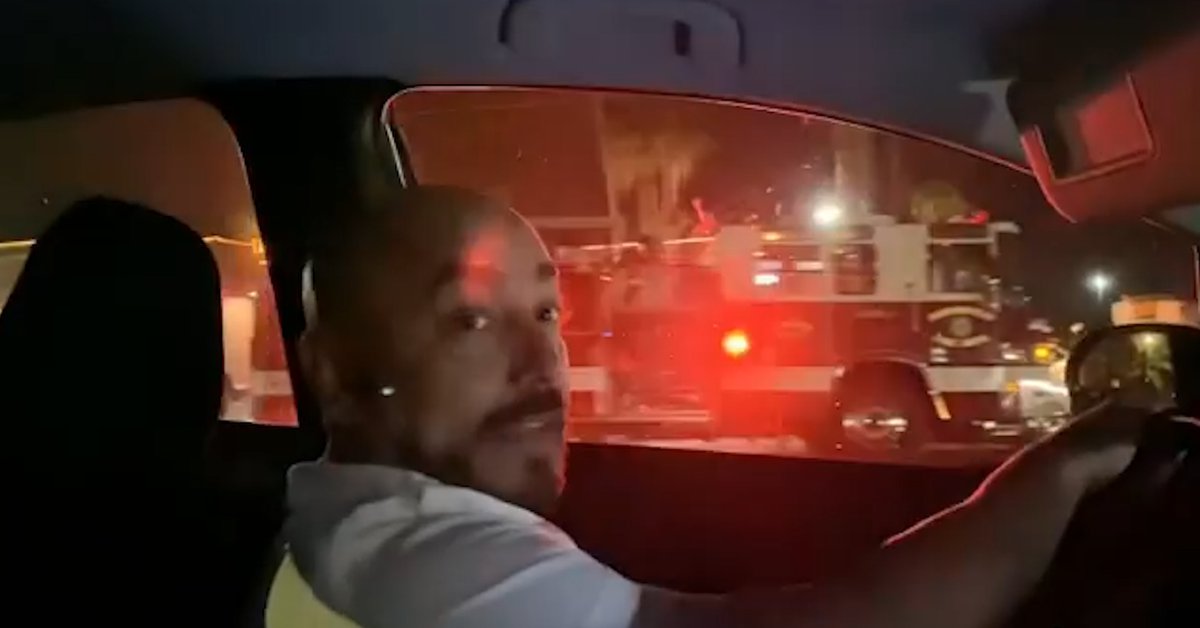 Tweet
Share
Share
Pin
Photograph given today by Z Music Group, where the Mexican singer Lupillo Rivera is observed, while posing in Mexico. EFE / Z Music Group ONLY EDITORIAL USE ONLY AVAILABLE TO ILLUSTRATE THE ACCOMPANYING NEWS (MANDATORY CREDIT)


The Mexican singer Lupillo Rivera canceled an event in Bakersfield, in California, United States, because of a short circuit that took place in the arena of the recital that would take place last Saturday night.

In addition, he accompanied the publication with a video in which the night enclosure “Uruapan” appears surrounded by firefighters and authorities of the American town. Chuy Lizárraga and the Nueva Leyenda group were also going to participate in the concert.

Lupillo Rivera canceled event in california due to short circuit

“We are arriving here in Uruapan,” explains Lupillo in the audiovisual that he published on his social networks. “We had to work here right now, but just look at the mess there is. There are people outside, “he said, addressing his wife Giselle Soto.

“There was a short circuit and the firefighters are going to stop the dance, I think,” he explained in the video where the corresponding authorities can be seen in the nightclub where the musical event was supposed to take place.

In the publication, Lupillo received some comments from users who pointed out that the company would have to take charge of reimbursing the tickets that were sold to the spectators: “What do you mean ‘hopefully’ (they give them back the entry money?” follower of the singer.

On the other hand, recently the singer decided to give a gift to his brother Juan and his mother, Mrs. Rosa Rivera, since he gave them 30 songs of his property.

According to the magazine TvyNovelas the office of transfer of rights was held on April 6 of this year, giving Juan the authorization to that you can carry out any project with the purpose you want.

In the document, made in the United States, it is stated that “I, Guadalupe Rivera, alias Lupillo Rivera, assign all the rights of Studio Master Recordings to Juan Rivera and Rosa Rivera, as a gift from me to them”.

“They have the right to full ownership and can publish the studio recordings that they both deem appropriate. worldwide, without limitations in any format, including digital. With this document I grant you all the rights to the royalties, except as the author or composer of all the recordings ”.

Nevertheless, certain conditions are detailed in the letter, since the relatives must have the authorization of the singer to make live recordings, interviews or behind the scenes of live performances.

“Absolutely nothing can be published unless Guadalupe authorizes in writing the release in any way, including YouTube videos, social media videos or any type of series or biography,” the document reads.

With this decision by Lupillo, the lawsuits for the rights dating from 2001 could be ended, when the Saliste Liviana interpreter recorded the song Sufrando a Solas as if it were his own, when in fact it was composed by Juan Rivera.

However, a few weeks ago, Juan revealed why he distanced himself from the “Toro del corrido” and stopped representing him. In a transmission on Instagram, Juan assured that he has always endured the “abuse and offenses” that his brother has done to him.

Well, Lupillo constantly treats him badly and has even called him “trash”, “black sheep”, and “sh * t.” However, this deal would have to end.

Lupillo Rivera transferred the rights to 30 of his songs to Juan Rivera and Mrs. Rosa Rivera
The 52 years of Jenni Rivera: between the dispute over her inheritance and a sibling fight
“Then something nice will be done”: this is how Lupillo Rivera’s mother reacted to her son’s new tattoo